Catch up on events and commentary from the Intergenerational Centre 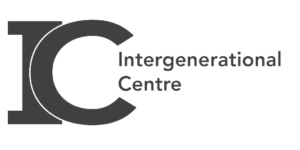 Explore our library of videos that summarise the key messages from our research, and catch up on our past generational living standards-themed events.

Paying it forward, and handing it back: Understanding equity between generations

Why do the gaps in wealth between the richest and the poorest matter?

The launch event on June 20th 2019 featured an opening speech from Lord Willetts, followed by a panel discussion with leading experts and an audience Q&A.
Video length: 1 hour, 20 minutes.
Read more: An intergenerational audit for the UK

Moving on up: Has Britain’s housing crisis made us a less mobile nation?

How poverty varies across our generations and lifecycles

In the run-up to the launch of the Intergenerational Centre in mid-June, RF Researcher Fahmida Rahman presented research on poverty rates across different generations, followed by a panel discussion with John Hills, Professor of Social Policy at LSE and Guardian columnist Polly Toynbee.
Video length: 1 hour, 29 minutes.
Read more: The generation of poverty: Poverty over the life course for different generations

Growing pains: how the earnings of the ‘crisis cohort’ were impacted by the recession

By analysing outcomes for those unfortunate enough to enter the labour market in the aftermath of the 2008-09 recession, we can explore how severe an impact the downturn had on people who left education in its midst, says Senior Economic Analyst Stephen Clarke.
Video length: Under 2 minutes.
Read more: Growing Pains: the impact of leaving education during a recession on earnings and employment

The hangover: Why young workers can’t shake off the recession

At an event chaired by David Willetts, Yvette Cooper MP, Chief Secretary to the Treasury during the financial crisis, and Paul Gregg, Professor of Economic and Social Policy at the University of Bath, gave their reflections on the impact of the recent recession, and how public policy should change in response.
Video length: 1 hour, 3 minutes.
Read more: Growing Pains: the impact of leaving education during a recession on earnings and employment