For much of the last two decades, around one-in-five workers across Britain have been low paid – earning below two-thirds of the median hourly wage. Our work looks at changes in Britain’s low pay landscape, and the factors and levers that help people escape low pay, or get stuck in it.

This is our ninth annual report on low pay. This edition focuses on the minimum wage, which recently turned 20. It analyses the extent to which the minimum wage has reduced the proportion of the working-age population in low pay. It also looks to the future, asking how fast the minimum wage can boost wages for the lowest earners while managing the inevitable risks to employment. 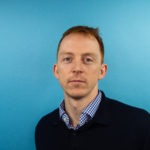 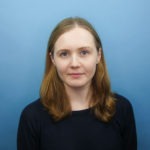 The experience of social care workers, and the enforcement of employment rights in the sector

The social care sector, as well as playing a vital role for many people and for our society, is an important employer, with 1.7 million social care jobs across the…
Continue Reading

This is the fifth output from the Resolution Foundation which contributes to the Young person’s future health inquiry. It discusses the concentration of part-time work among low-paid workers (including young…
Continue Reading

Clocking in and out

Is choice or circumstance driving part-time work among low earners?

Working hours, not just hourly pay rates, are a key determinant of living standards. Historically, men have tended to work more paid hours than women, with working hours for both…
Continue Reading

An overview of research on low-paid workers in the UK

This paper summarises Resolution Foundation research on low-paid workers and their experiences of work and the labour market. These are the workers that we are trying to reach with Resolution…
Continue Reading

An analysis of younger adults living with their parents

Different data sources tell different stories about the share of younger people that have lived with their parents during the Covid-19 pandemic. However, even before the pandemic younger people on…
Continue Reading

The future of low pay in Britain

Britain’s low-paid workers have been at the epicentre of the Covid-19 crisis – as key workers unable to work from home during lockdown, or as those most likely to have…
Continue Reading

This is our tenth annual Low Pay Britain report. Naturally, the focus of the report this year is on the coronavirus crisis: its impact on the low paid, and what…
Continue Reading