New ONS data out today – the last of 2019 – shows that we’ve approached the end of the year with the labour market in, to coin a phrase, a strong and stable position. 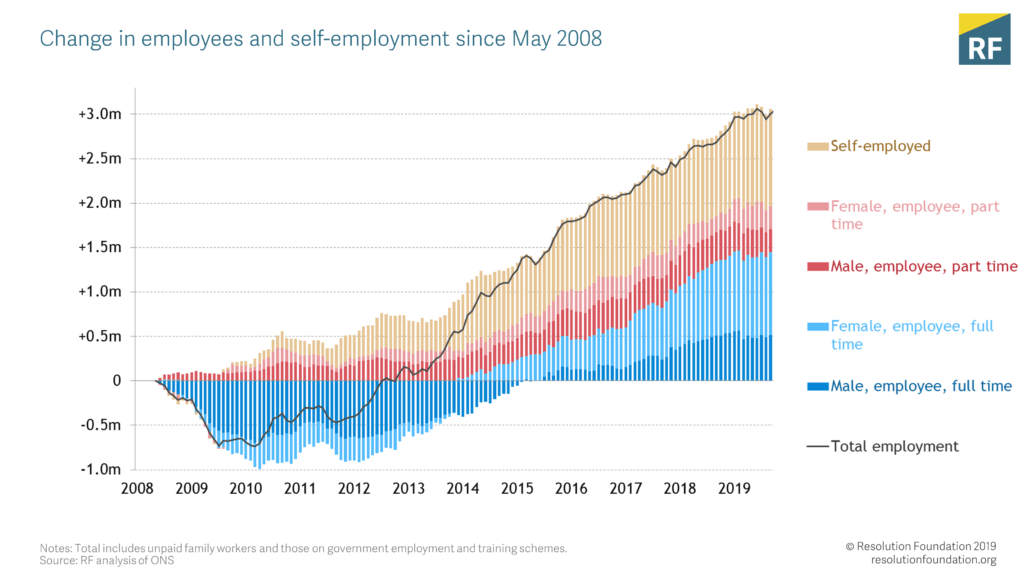 Zooming out a bit, this year’s plateau on employment brings the UK’s eight-year employment boom to a close. Along with the pay squeeze, this was one of the defining features of the labour market over the last decade. So, having finished this phase, the natural question is – what next?

Some warning signs for 2020

As we learned in 2017, not everything that can be described as strong and stable necessarily stays that way. And there are some warnings signs as we head into a new decade. The first is on pay. The effect of the sustained tightness in the labour market in 2019 was to exert upward pressure on pay growth, which continued to rise (as it had done steadily since 2017) in the first part of the year. Nominal pay growth reached 3.9 per cent over the summer months. 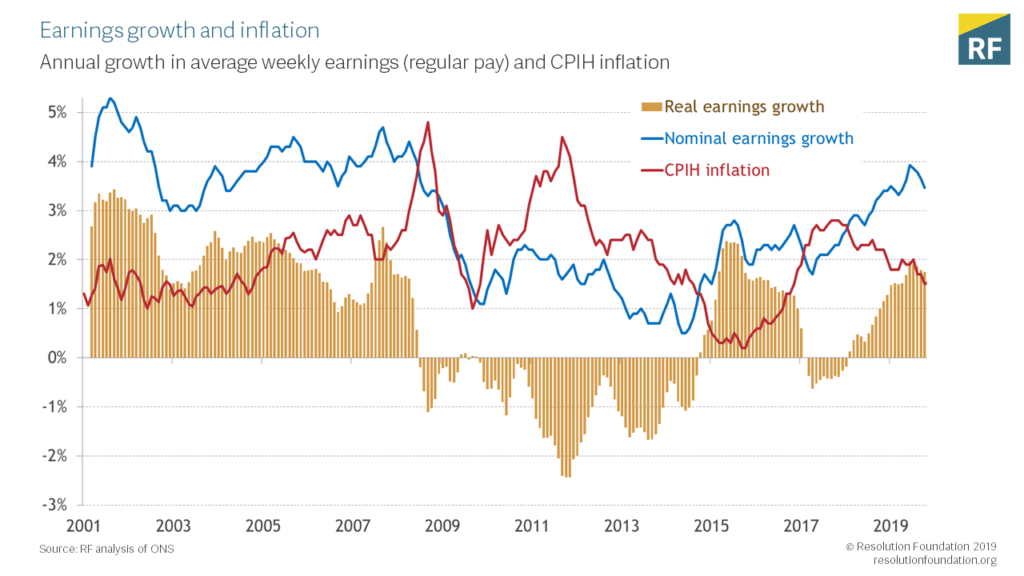 There are further warning signs in the number of vacancies which, while high, has fallen throughout 2019, suggesting weakening demand.

Even more important however is the wider state of the economy. With no economic growth in the three months to October, it feels inevitable that the slowdown in the wider economy will start to feed through into the labour market (especially on pay).

An early Christmas present from the ONS

One of the oddities of economic data is that the statistic that probably matters to us all most – what’s happening to the pay packets of low, middle and high earners – only gets  published once a year (in the Annual Survey of Hours and Earnings, which also has a six-months lag).  For more timely updates on pay, we have to make do with the far more limited average weekly earnings series. But the ONS today have changed that by publishing ‘real time information’ from PAYE records. This gives us up-to-date information on the distribution of pay, not just its mean. Yes, this is a very geeky Christmas present from the ONS – but the new data is very important. So what does it show?

First, the pattern for typical pay growth is pretty similar to average pay – it has been softening in recent months. Second, earnings growth has been quicker at the bottom in recent years, driven by a rapidly rising wage floor in the National Living Wage. Third, there are big differences in the strength of pay growth across the UK – with typical (nominal) pay in Scotland growing by a healthy 4 per cent, compared to just 2.8 per cent in the North East.

This new data should help us to improve our understanding of how changes in the economy are feeding through into pay packets. And that feed-through could well be one of the key economic stories of 2020. 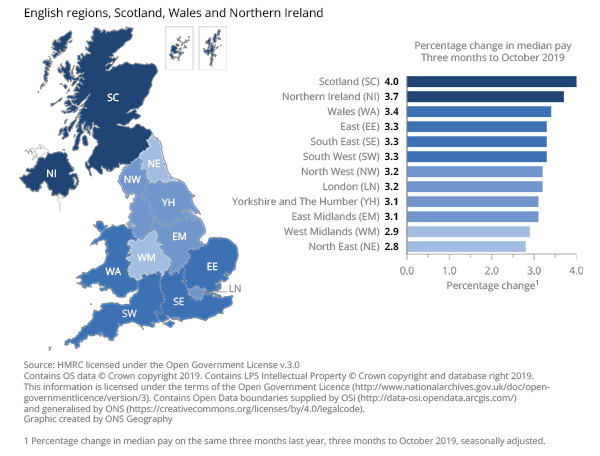