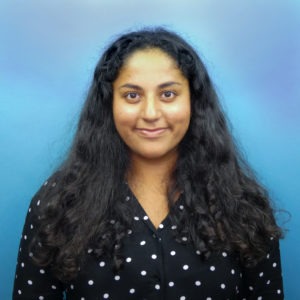 The chancellor’s mini-budget has spooked the markets, stoked a rise in interest rates, and now caused a full-blown and very public cabinet row over whether to cut benefits for millions of working-age families. Some ministers are urging the prime minister to press ahead with the cut and end Britain’s “Benefit Street culture”, while others have spoken out against it. The former Brexit minister David Frost argued that people already feel “insecure going into the autumn”; the Wales secretary, Robert Buckland, argued that a “safety net is an important part of what a one-nation Conservative is about”.

How has it come to this? The row has been sparked by the chancellor’s need to show that he is committed to keeping the public finances on a sustainable path, after announcing £45bn of unfunded tax cuts last month. Achieving this without further U-turns on tax cuts will require Kwasi Kwarteng to announce major spending cuts on a scale we last saw when George Osborne announced an emergency budget in the wake of the financial crisis.

There are lots of ways to cut public spending – from cancelling future infrastructure projects to pencilling in big cuts to public services after the next election. But the option that ministers have been rowing about is to increase working-age benefits next April in line with earnings, rather than the default measure of increasing them in line with prices. In normal times, this would actually boost benefits – our wages generally grow faster than prices. But these are not normal times. With inflation at a 40-year high and likely to remain that way for much of 2023, this policy amounts to a huge cut in working-age benefits.

We are now in a full-blown, and frequently fact-free, row about whether this is the right thing to do. It is not. The cut virtually guarantees growth in poverty levels and risks reducing growth in the economy – even though growth is the stated aim of this government’s mini-budget.

Let’s start with the economic context. Next year, Britain will still be in the midst of a cost-of-living crisis. The government’s welcome energy price guarantee has staved off a winter catastrophe, but ongoing high inflation means the country will continue to get poorer. You don’t double down on a period of falling household incomes by directly cutting income support. That may bring government spending down, but it will also drive poverty up.

Furthermore, this is not a policy laser-guided at tackling Britain’s “Benefit Street culture”, as some cabinet ministers have said. Britain already has one of the lowest levels of unemployment support of any advanced economy – it’s now worth just 13% of the average weekly wage. Unemployment has also fallen to its lowest level in nearly 50 years.

It’s true that our labour market has shrunk since the pandemic, but that’s largely been driven by older workers leaving the workforce altogether. They are mostly not claiming benefits – they have moved into early retirement. If the government wants them to return to the workplace, they are going to have to think harder than another “benefits crackdown” that these ex-workers are wholly unaffected by.

So who would be affected by this benefit cut? There are about 1.2 million people unemployed in the UK – but this cut will affect four times as many households if it affects everyone on universal credit (other working-age support such as personal independence payments are likely to be exempt).

People in work account for 41% of those on universal credit. A low-earning couple with two children stand to lose around £750 from this policy – at a time when their incomes are falling.

Of the remaining population of universal credit claimants, the vast majority are not working for very good reasons – they are either caring for infants, ill, or have a disability. For example, a single disabled adult stands to lose around £380 on average from cutting benefits next year. The policy will not persuade anyone from these groups to find work – it will just make them poorer.

Economic policymaking is not easy at the moment, whoever happens to be chancellor. There are no easy decisions when inflation is high, interest rates are rising and the country is getting poorer. But you can start by not making a tough situation even worse.

You can easily avoid cutting the incomes of low-and-middle households, for example, by not allowing very well-paid consultants to pay less tax than they should. The challenge modern Britain faces is to raise growth and reduce inequality – not to raise inequality and risk reducing growth too.

First published in The Guardian