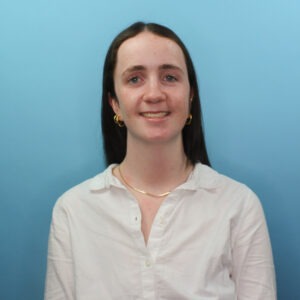 This morning the ONS published the latest figures outlining the number of young people who are not in education, employment or training (NEET). Overall 692,000 16-24-year-olds (10.2 per cent), including 642,000 18-24-year-olds (12 per cent), found themselves NEET at the end of last year. On the surface, this is worth celebrating: the number and proportion of young people that are NEET is below the pandemic-era highs reached in 2020, and it is lower than it has been for most of the last 20 years.

But look just beneath the surface and you’ll find some clear warning signs: while unemployment for men and women continues to fall, the number of 18-24-year-old men that are outside of education and training, and neither working nor looking work, continues to rise, reaching a record high at the end of last year. In other words, the headline good news for young people overall is masking a worrying trend for young men.

Figure 1 shows the number of young people who are NEET, by their age group and economic activity. A quick glance shows that during the Covid-19 pandemic, neither NEET levels, nor NEET rates, approached those reached in the aftermath of the financial crisis. For example, there were 807,000 (11.8 per cent) 16-24-year-olds NEET at the end of 2020, compared with 1.25 million (16.9 per cent) in autumn 2011. And by December last year, NEET levels (629,000; 10.2 per cent) were well below their pandemic peak, and only slightly higher than the record lows seen during early summer 2021. 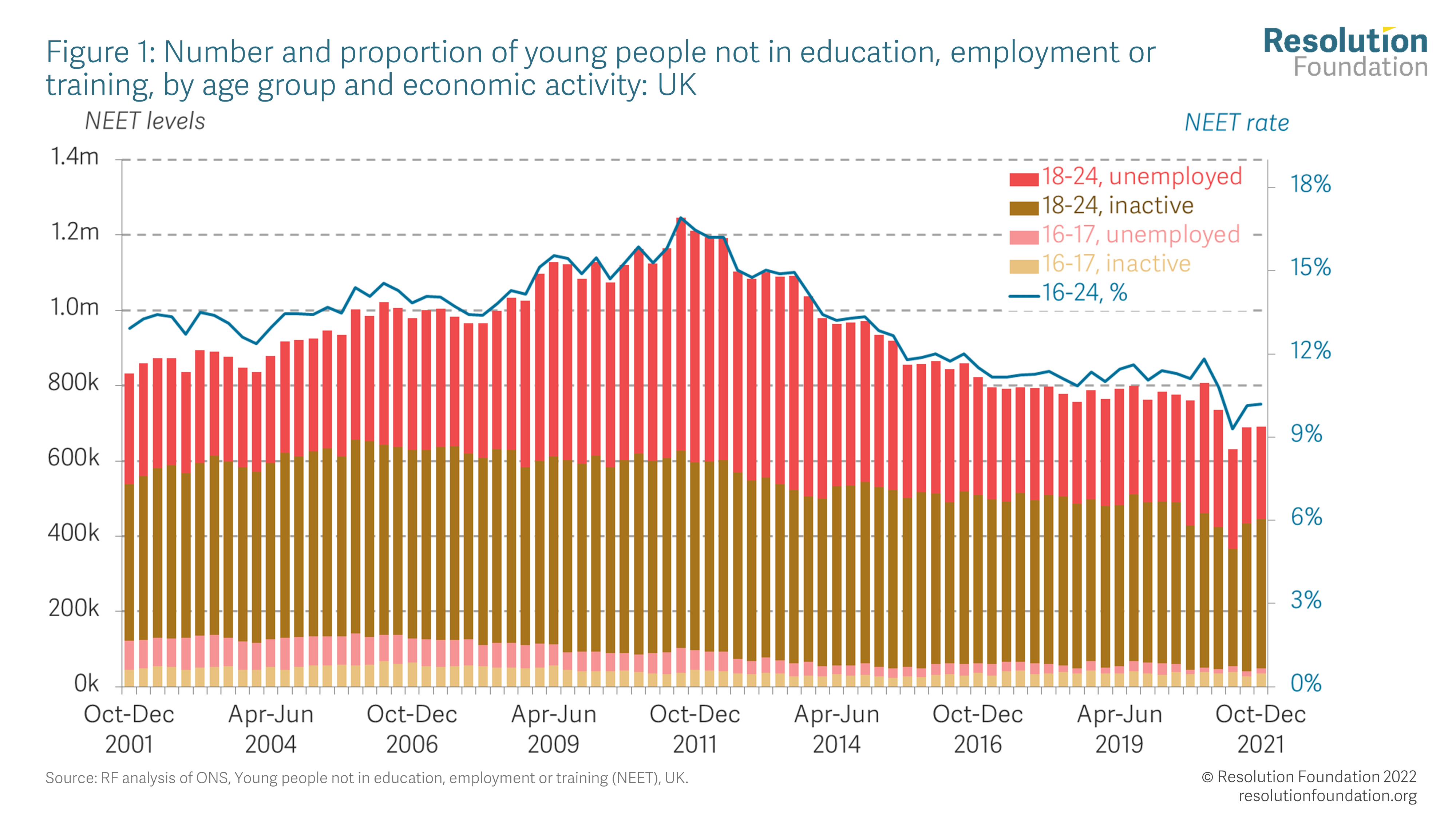 The NEET category comprises young people who are outside of any education or training (for example full-time study, an apprenticeship or a part-time training course) and who are either unemployed (they are not working but looking for work) or inactive (they are neither working nor looking for work). Historically, NEET rates have been higher among 18-24-year-olds than for their 16-17-year-old counterparts (Figure 2), given that 16-17-year-olds are at a life stage where education and training is more accessible and, under current law, required. Among 18-24-year-olds, NEET rates had historically been higher among women than men.  Yet this trend weakened in the wake of the financial crisis, before reversing itself in 2017, with men having higher NEET rates than women for most of the period after. 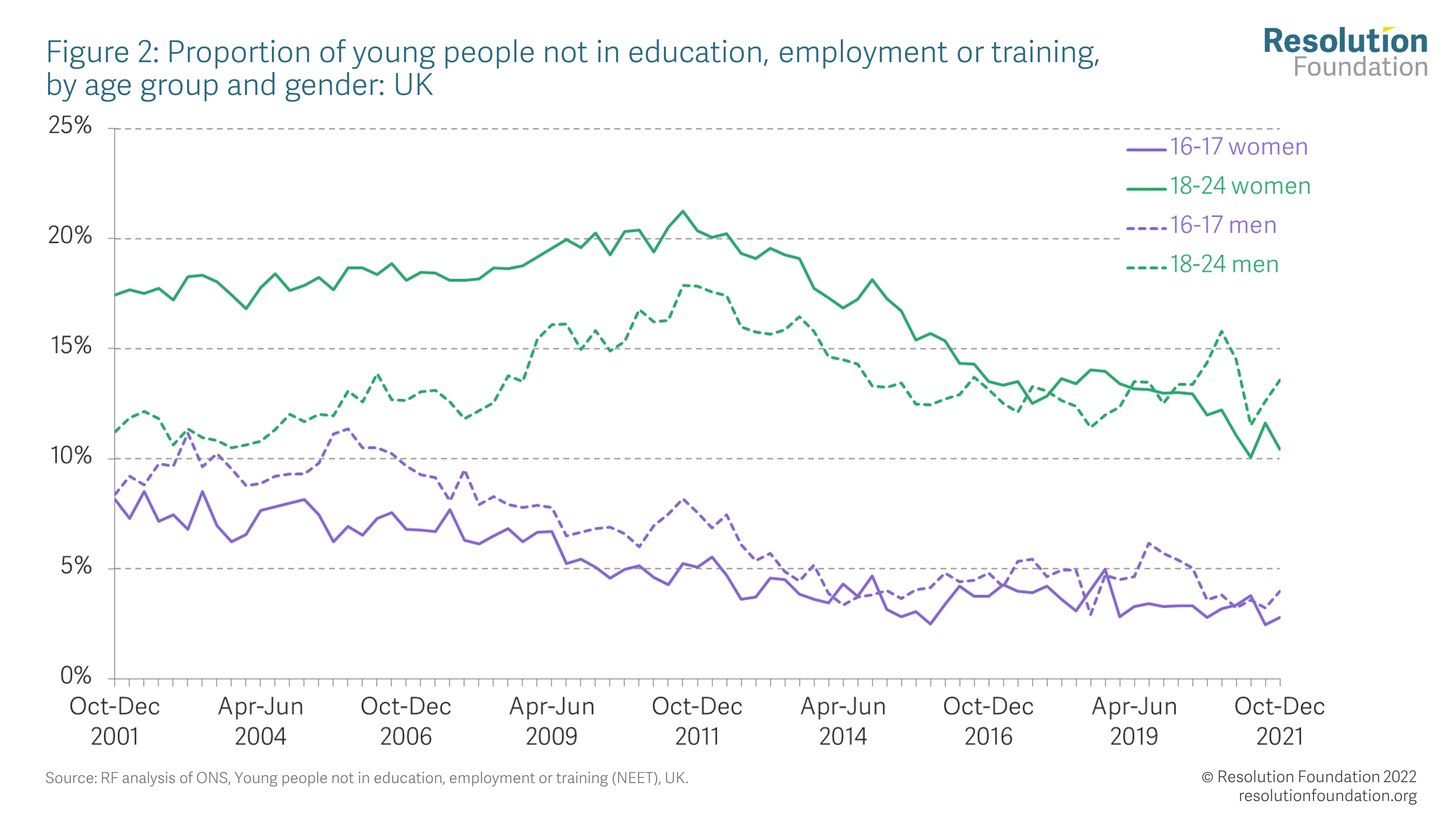 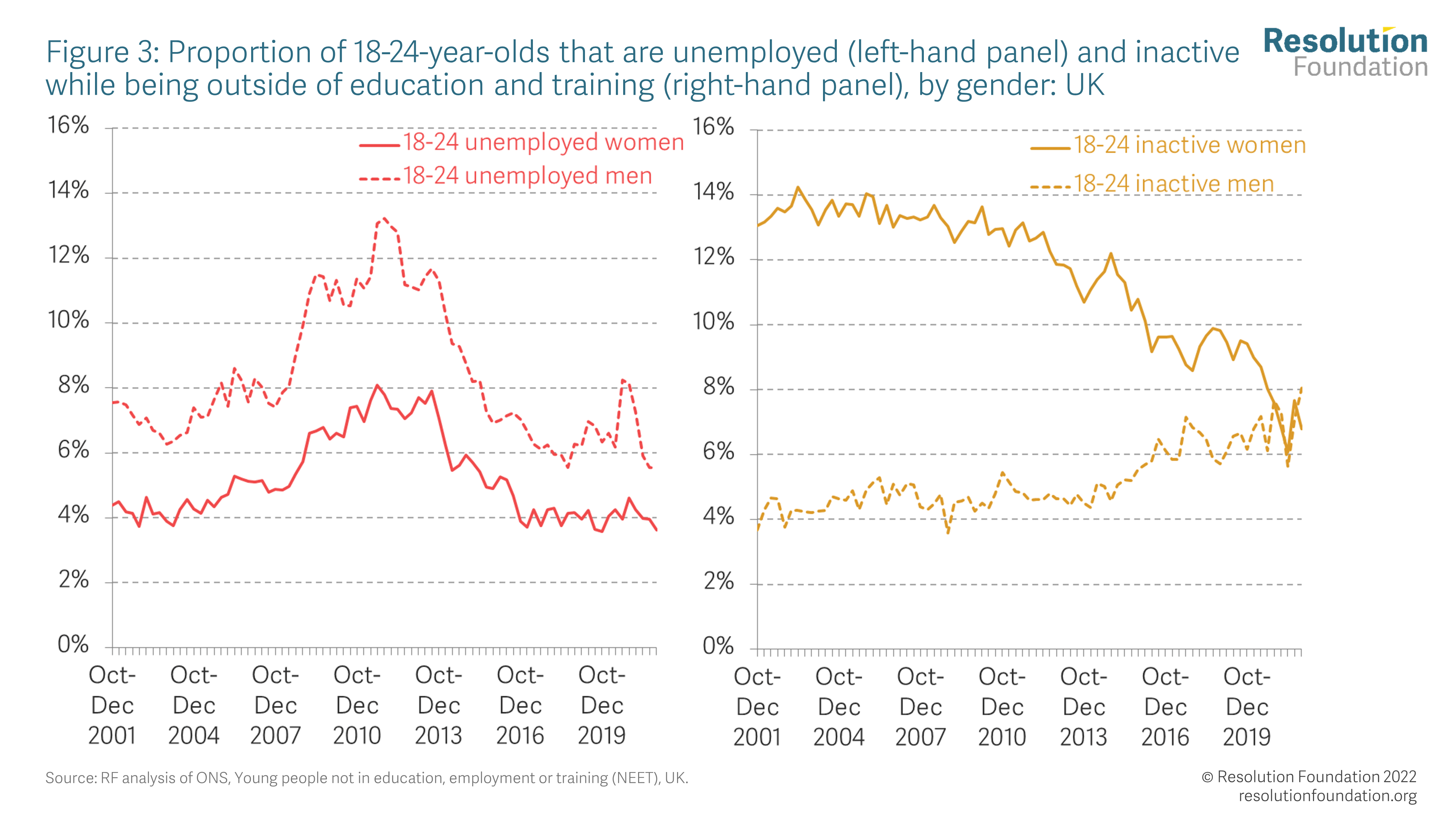 We should celebrate the fact that the NEET rate has fallen since the pandemic-era high reached at the end of 2020, and that the long-term trend of falling NEET rates among 18-24-year-old women is continuing. However, the NEET rate for 18-24-year-old men remains stubborn, with rising inactivity offsetting the positive effects of falling unemployment. Forthcoming Resolution Foundation research finds that much of the increase in young men’s inactivity is down to rising rates of long-term sickness and disability. It’s therefore vital that policy makers acknowledge that the groups of young people who are NEET have changed significantly since the early 2000s, and will require different types of support to enter work. We’ll return to this issue in more detail over the coming months, as part of our work on the Health Foundation’s Young People’s Future Health Inquiry.