Earlier this year, in a fit of optimism, the ONS moved its monthly labour market stats release from Wednesday to Tuesday morning so that the data would have proper scrutiny before PMQs. With little in the way of voting going on, MPs can now spend the next 24 hours poring over the latest employment and pay data. Here are some things we saw this morning.

Good news on pay
The latest figures showed real pay increasing at 1 per cent in the three months to October 2018, the highest growth rate since December 2016. This was driven by a combination of higher nominal pay growth (3.3 per cent – not seen since December 2008, around the time of the Lehman collapse) and inflation inching downwards (to 2.2 per cent). As the year winds down, it is encouraging pay growth continues to rise. If this continues then 2019 will outstrip the figures seen this year, but of course that will depend on what happens with Brexit – more on which below. 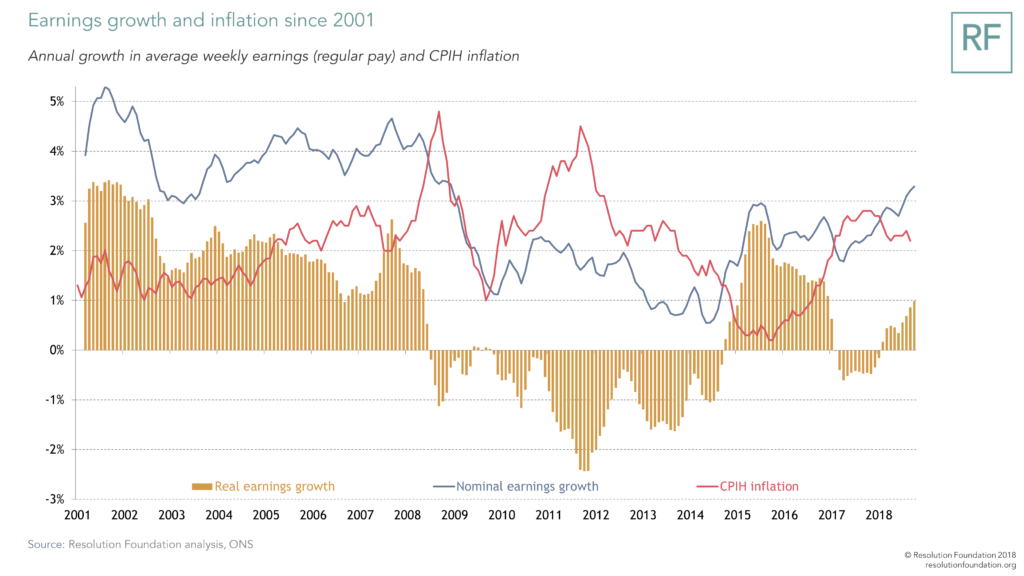 But the big picture isn’t so rosy
Welcome as the latest data is, it’s worth remembering that the bigger picture remains one of slow pay growth, and pay below its pre-recession peak. The latest real pay growth of 1 per cent is well below the pre-2008 norm of 2.2 per cent, which means it will take some time yet before pay returns to its pre-recession peak. We estimate (using OBR projections) that this won’t happen until 2024. 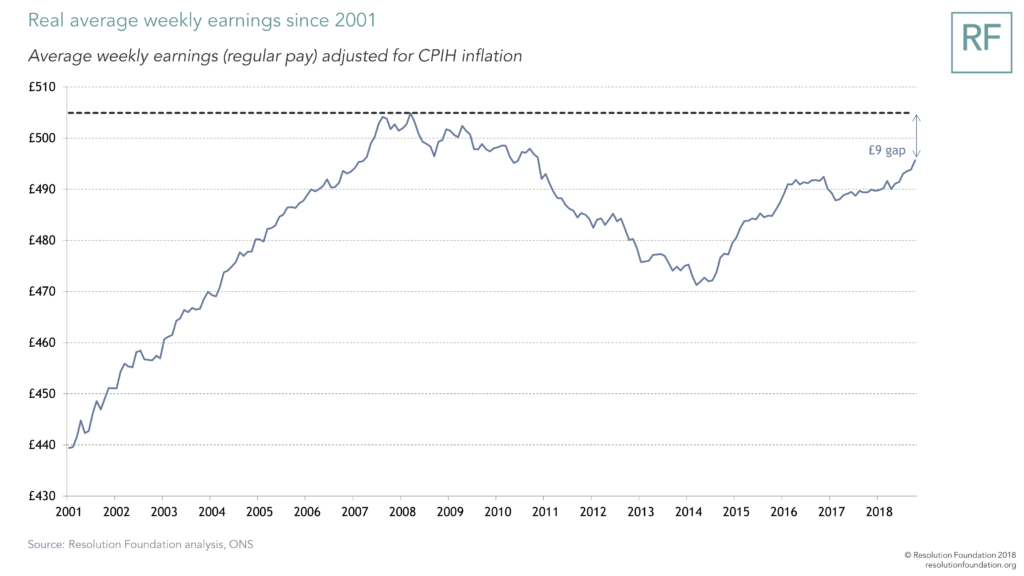 Not everyone is seeing a pay rise
Pay is positively booming in some parts of the economy, but falling in others. Workers in real estate (+4.1 per cent) and hospitality (+3.6 per cent) are seeing significant increases in real pay. However, in some sectors pay is falling. In arts and entertainment, real pay fell by 3.4 per cent. Spare a thought for horse legs and Widow Twankeys this panto season. 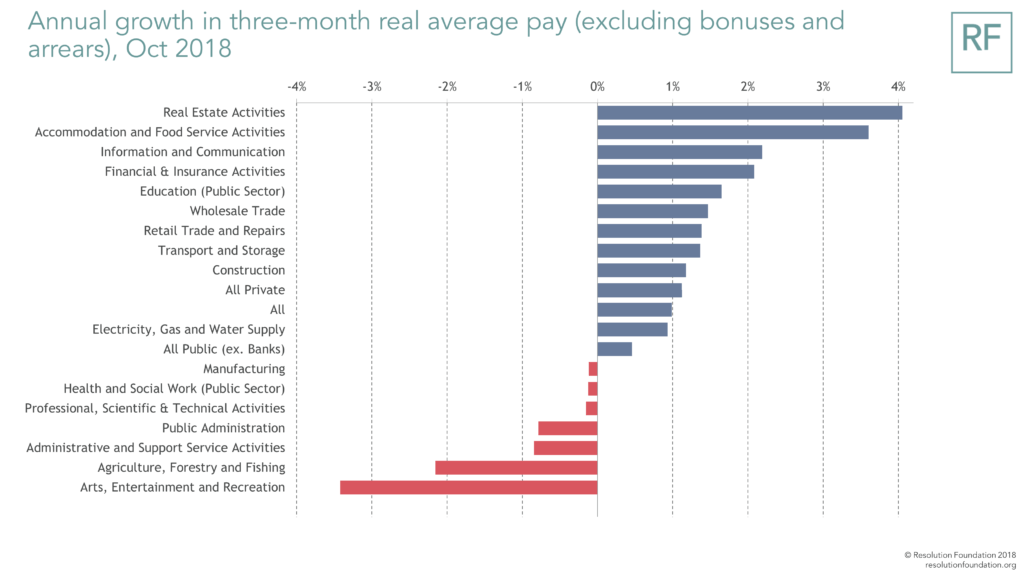 Employment rate has plateaued
Although the employment rate inched up again this month, reaching 75.7 per cent, the rate appears to have plateaued in the last six months, following several years of almost inexorable increases. A plateau is a good place to stop and look around and in January we will publish a report taking stock of this increase, which groups and which types of jobs have underpinned it.

In an economy no doubt affected by Brexit uncertainty, the labour market continues to deliver good news, on both pay and employment. If politics is a bit of a pantomime at the moment, the labour market, like Santa Claus, is still delivering this Christmas.