On headline measures the labour market remains healthy. Conditions are tight and this continues to feed into decent real pay growth – 2.0 per cent in the three months to August 2019, not far off the levels we came to expect before the recession. 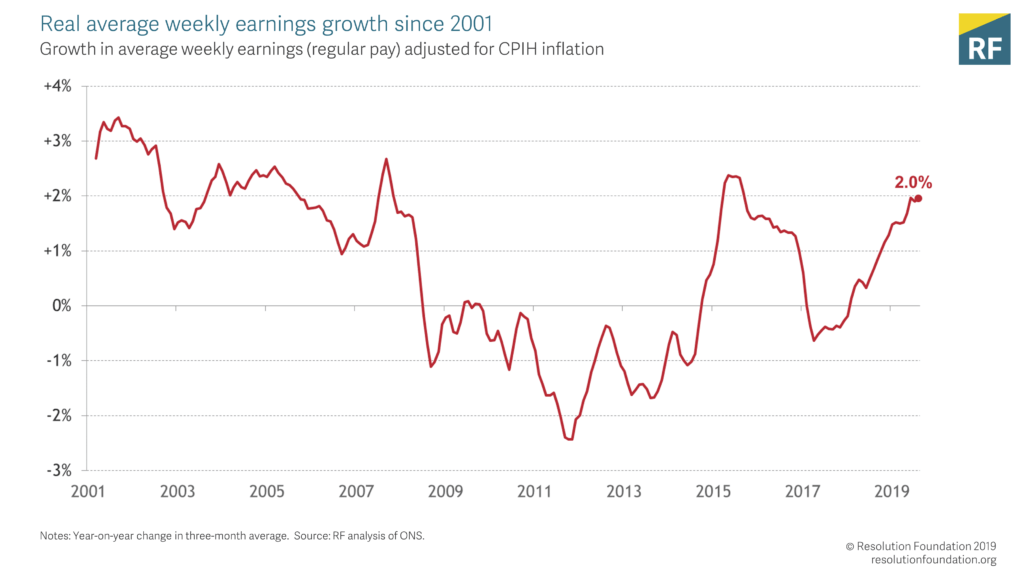 But alongside positive headlines are signs that the labour market is cooling. Certainly, things are no longer improving, either in terms of pay growth or employment – both nominal pay growth and the employment rate ticked downwards in the latest data. And so the question is – is the labour market at a turning point? How long will pay continue to grow at this rate?

The clearest signs of cooling are seen in measures of labour demand, and in the employment data. The number of unfilled vacancies has been falling for eight months in a row. There are 50,000 fewer vacancies now than at the beginning of the year, and the unemployment-to-vacancies ratio (a measure of labour market slack) has bottomed out. On employment – the employment rate ticked down by 0.2 percentage points over the latest quarter to 75.9 per cent, and the unemployment rate ticked upwards slightly. 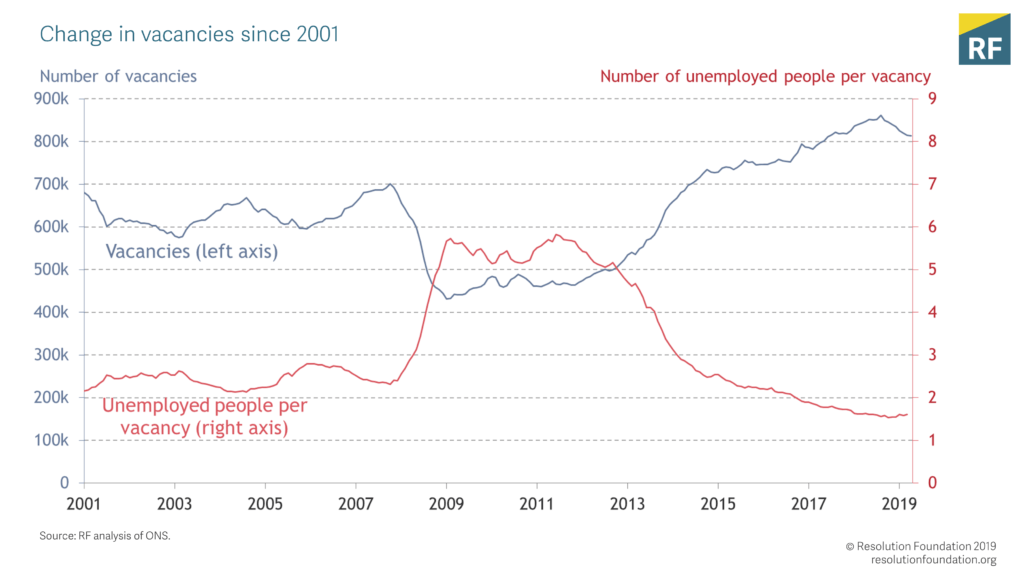 However, the movements in both the employment and unemployment rates were within the margin of error, meaning we cannot be sure either measure has actually got worse. It is hard know whether we are seeing a noisy plateau or a genuine turning point – for example, two months ago the unemployment rate ticked upwards from 3.9 per cent to 4.0 per cent but then promptly ticked back down again. However, looking under the headline data points toward turning point rather than plateau. As economist Tony Wilson has pointed out, the employment trends for more marginal groups – including young people and part-time workers – have been negative in the recent data. These are groups that tend to feel the effects of economic downturns first, and therefore may provide clues as to where the overall figures are headed.

The other alarm bell – and one that has been ringing for a while now – is productivity. As pay growth improved through the summer, the productivity data was moving in the opposite direction. Productivity growth (output per hour worked) has been zero or negative for four quarters in a row now. 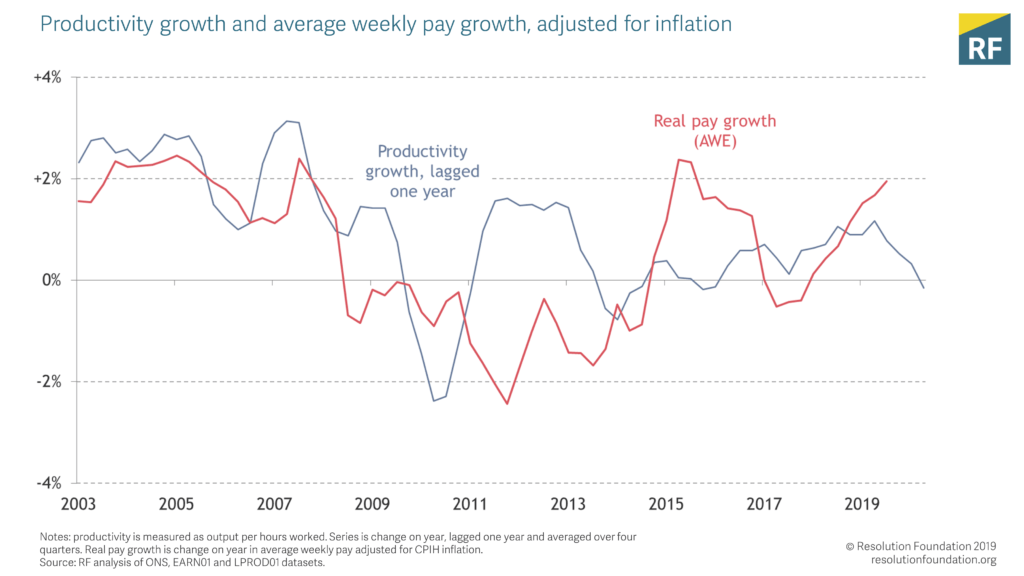 Taken together, all of this points to a labour market that, while still healthy in terms of pay and employment, is no longer improving, and may have reached a turning point for the worse. If so, this would be bad news indeed given how much ground there is to make up on pay (in real terms average weekly pay is still lower than it was before the recession). We had three months, from June to August, of 2 per cent real pay growth. Unfortunately the signs are that we may not enjoy this for much longer.

[1] This might be because most businesses set pay on an annual basis, and so it takes a year for productivity changes to feed through into pay.