It’s time to get with the perk… I mean programme. Boris Johnson’s government might not even have a Budget under its belt, but its economic strategy is taking shape. It’s time to abolish the gloomsters. And the doomsters. As he said on entering Downing Street, “after three years of unfounded self-doubt it is time to change the record”. In the face of a shrinking economy the new national economic plan is to cheer up – open the spending floodgates, push ahead with Brexit and urge the country to focus on the sunny uplands ahead.

I’m a natural optimist, but is there any economics behind this ‘perk up and carry on’ strategy?

Economic theory offers some support. In economics 101 students are reminded of Keynes’ message that decisions to invest or spend are “taken as the result of animal spirits”, meaning our collective optimism/pessimism drives economic outcomes. We’re humans, not robots.

Consumer confidence drives consumption – that’s why it’s tied fairly closely to the ups and downs of GDP. Firms’ investment decisions are also related to their optimism levels – you don’t buy expensive kit that can only pay back over years if you’re feeling gloomy. Studies also show that sunshine is good for that day’s stock market performance, while getting eliminated from the World Cup has the opposite effect. Moods matter. 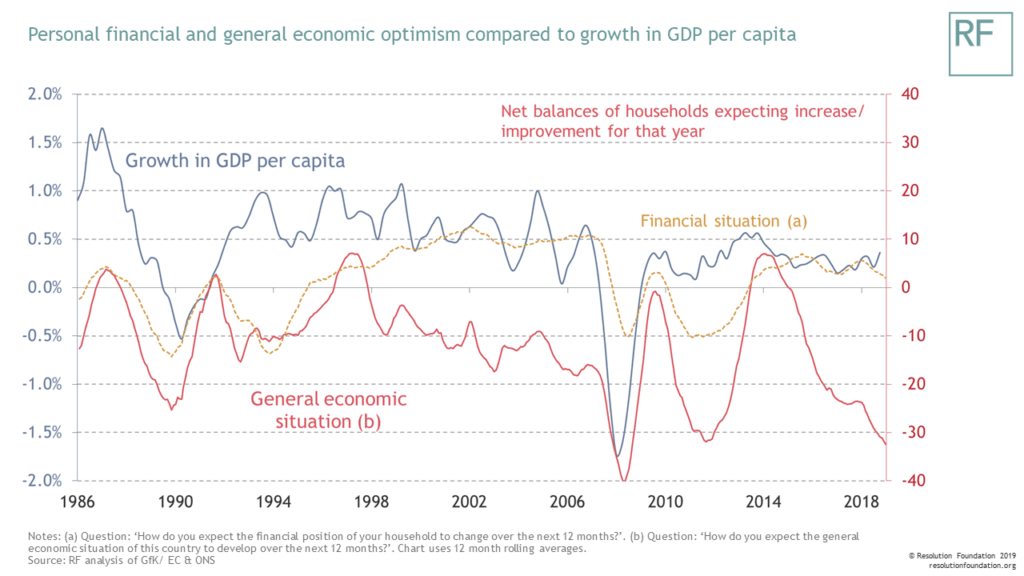 We’re witnessing this today. Corporate pessimism is having a painfully real effect on planned investment, now at its lowest since 2011, while consumer confidence has also fallen significantly since 2016. 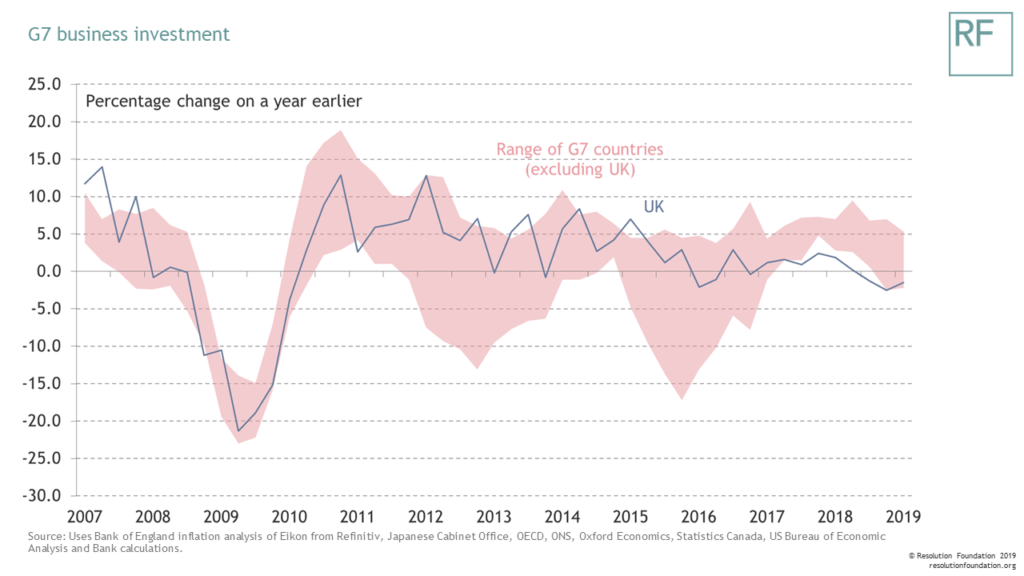 Workers could also do with a good dose of confidence – their lack of it partly explains truly awful pay growth since the financial crisis. The biggest pay rises are associated with moving jobs – leading to a 10 per cent pay rise on average. But we’re doing less of it today. The Bank of England’s Chief Economist recently put this down to risk-averse workers post-crisis – so perk up if you want to get your pay up.

If a messy no deal materialises this autumn then collective pessimism could make the inevitable economic hit worse if it leads to everyone cutting back at once. That’s why we cut interest rates in recessions to encourage spending – the gloomsters can be very dangerous in a slump.

So there’s something in the optimism focus, but there are limits to this as an economic plan.

First, while consumer confidence and GDP growth are related, turning points in consumer mood tend to follow actual economic turning points. Getting some growth back is the best way to boost the mood of the country, not vice versa.

Second, Brexit polarisation is likely to prevent Boris Johnson reaching the parts of the country that need perking up. Almost 90 per cent of those who have a very negative view of the Brexit vote think the economy will get worse, compared to less than 15 per cent of those with a very positive view of Brexit. The former group aren’t listening, while the latter are quite optimistic enough already. 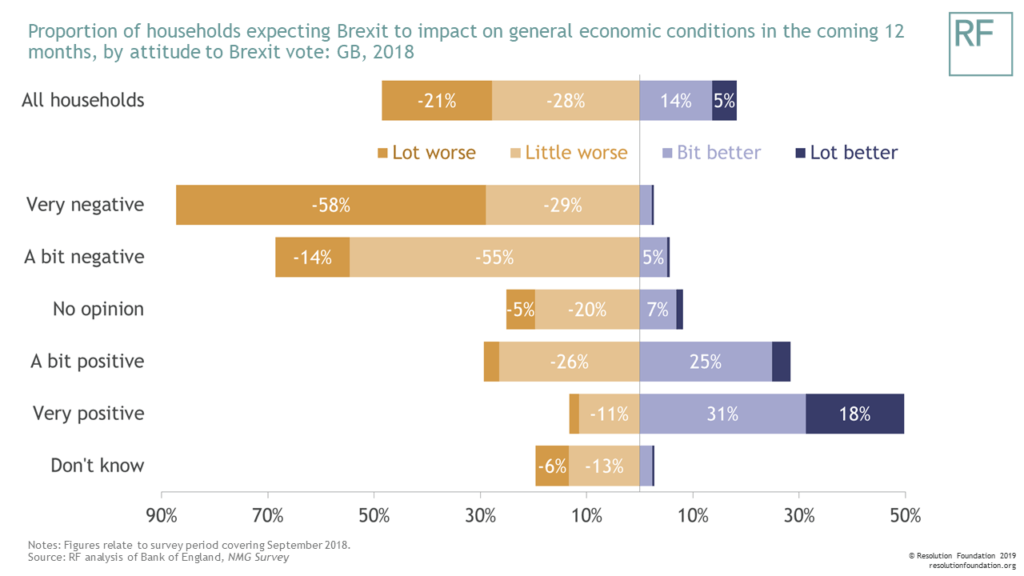 Third, most of us have actually stayed surprisingly cheery. While views of the economy as a whole turned steeply negative post-2016, confidence about households’ personal situation have been much more robust. Record employment and the return of decent pay growth has given consumers the personal confidence to increase consumption by more than their incomes. That can’t continue forever.

Lastly, the normal government tactic for inducing economic perkiness is to turn on the spending and tax cut taps. Low borrowing means there’s scope for this and the new government has started to splash the cash. But such a traditional “boosterism” strategy has limits today. It clearly can’t be the answer to a substantial shock to the productive capacity of the economy that a messy Brexit entails, while the Bank of England stands ready to raise rates if the government stokes demand and a smooth Brexit materialises. So while a fiscal injection can clearly give the economy a boost, a generalised increase in perkiness is unlikely to follow, as Donald Trump has found.

Personally I’m all for a bit of national picking ourselves up. And if you’re stuck on a zip wire, laughing about it is definitely a better strategy than sobbing. But it does it follow that sorting out our national confidence will sort out our economy? I’m afraid not.

This article was first published by The Times.