Today’s labour market data show real pay falling fast in the private sector, and even faster in the public sector. Public sector vacancies have hit a new record, while vacancies in the private sector continue to recede gently from recent record highs. As the Chancellor prepares to announce a new round of tight public spending settlements on Thursday, this data shows the limits to how much pay restraint can absorb cuts to public spending.

Meanwhile, labour market quantities – employment, unemployment and inactivity – remained broadly flat, but not in a good way, and are perhaps about to follow GDP south.

Tight pay growth will continue until the economy turns around, and for this we need a proper economic plan.

Employment and inactivity have been broadly flat on the quarter, not yet obviously having followed GDP south. But they have flattened off at much worse levels than before the pandemic – a pre-pandemic employment rate would imply over 600,000 more people in work today. 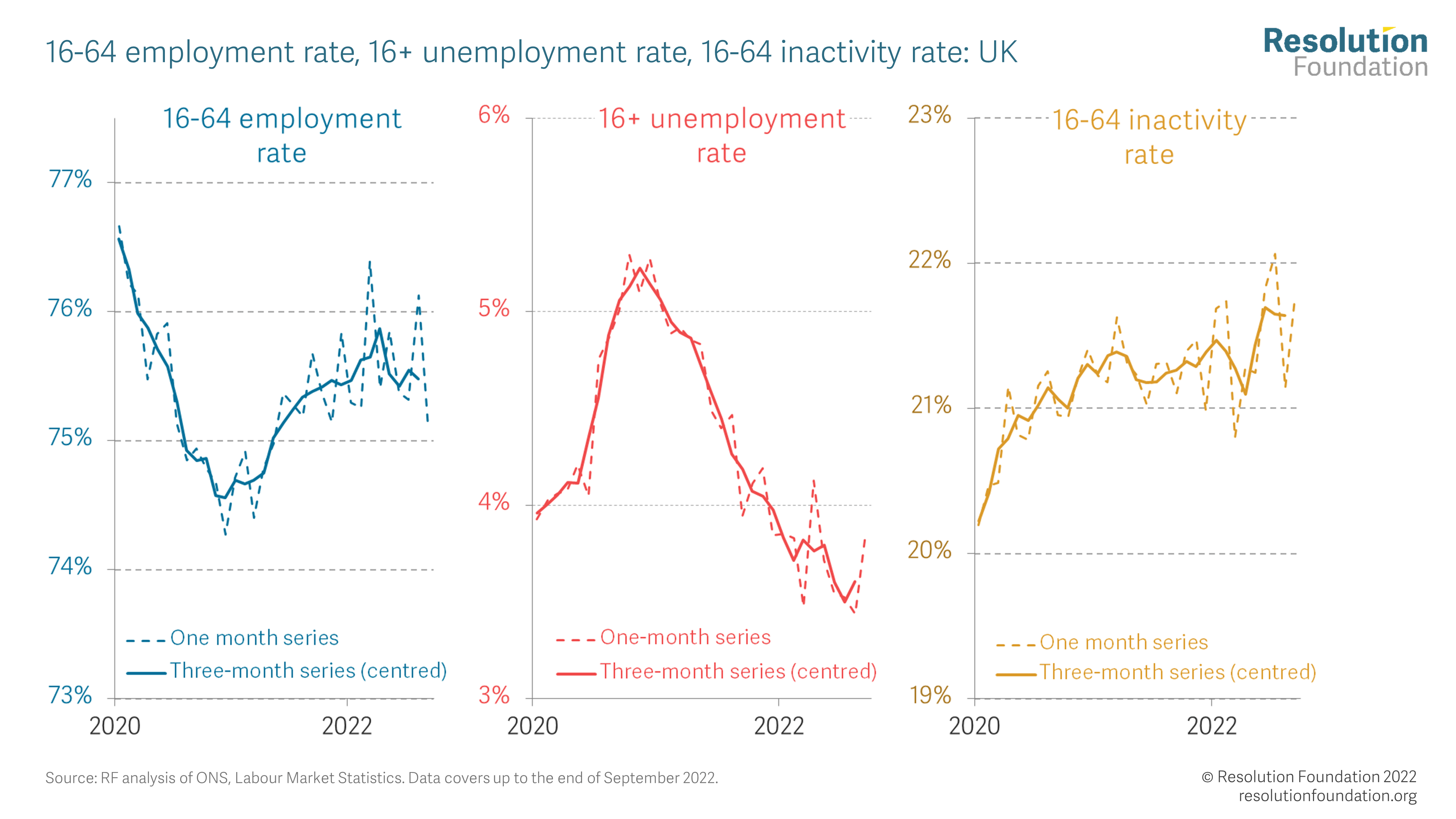 But the labour market remains tight in absolute terms

The labour market remains close to record tightness on several measures – vacancies are still over 50 per cent above their pre-covid peak, for example. Lots of these vacancies are being filled: almost 2 million people entered employment or moved jobs in Q3 2022. (In fact, hiring has been above pre-pandemic levels since the economy reopened last summer.) This is equivalent to firms hiring around 650,000 workers a month – but given the tightness of the labour market, it is taking firms almost two months on average to fill vacancies. 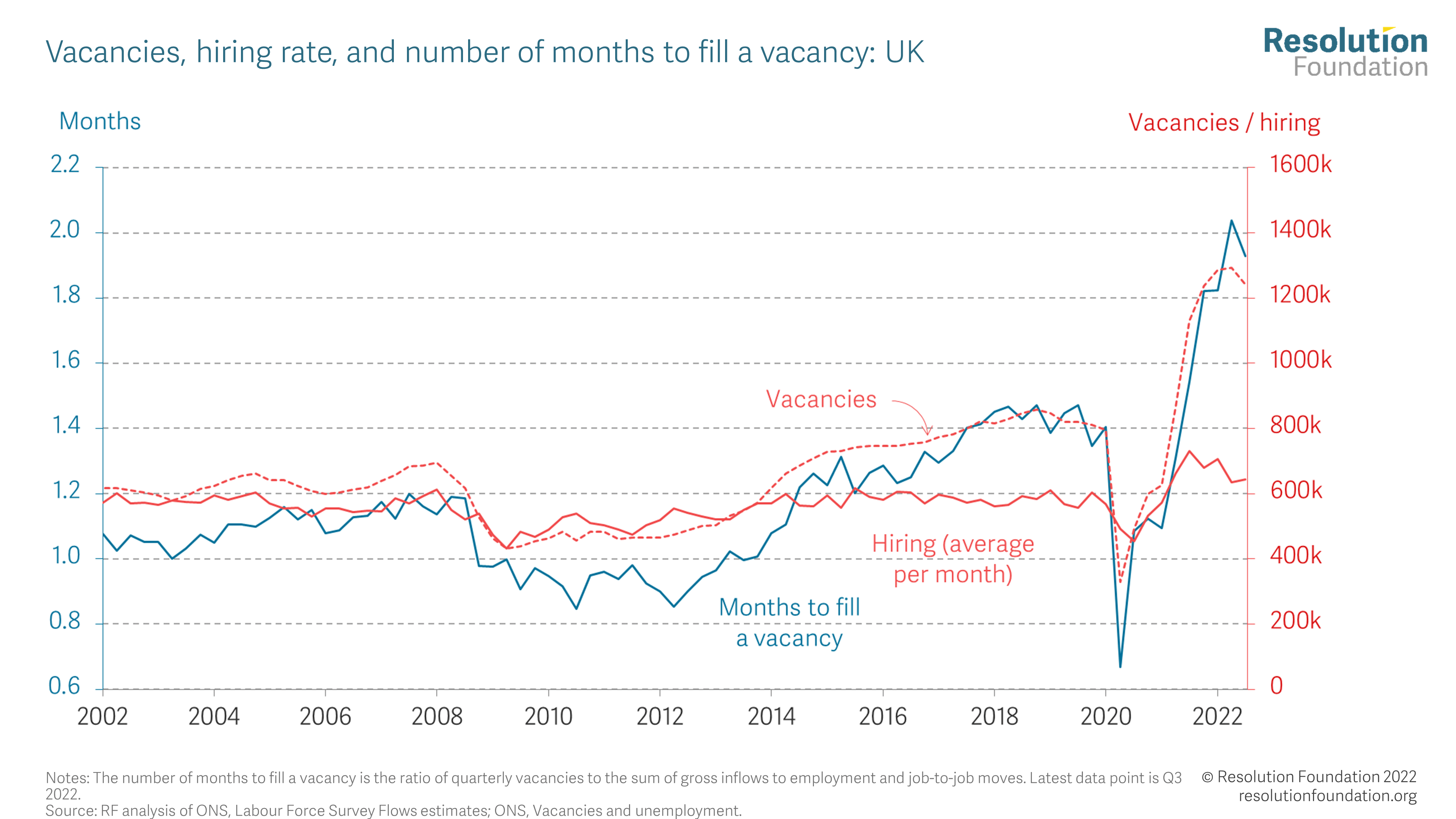 Consistent with this tight labour market, regular pay grew by 5.7 per cent in cash terms in the 12 months to September, the strongest level of nominal pay growth seen outside of the pandemic period.

But, as regular readers of this blog or indeed regular visitors to the shops will know, record pay growth in money terms has not been enough to prevent high inflation from shrinking real pay packets: real regular pay fell 2.7 per cent. 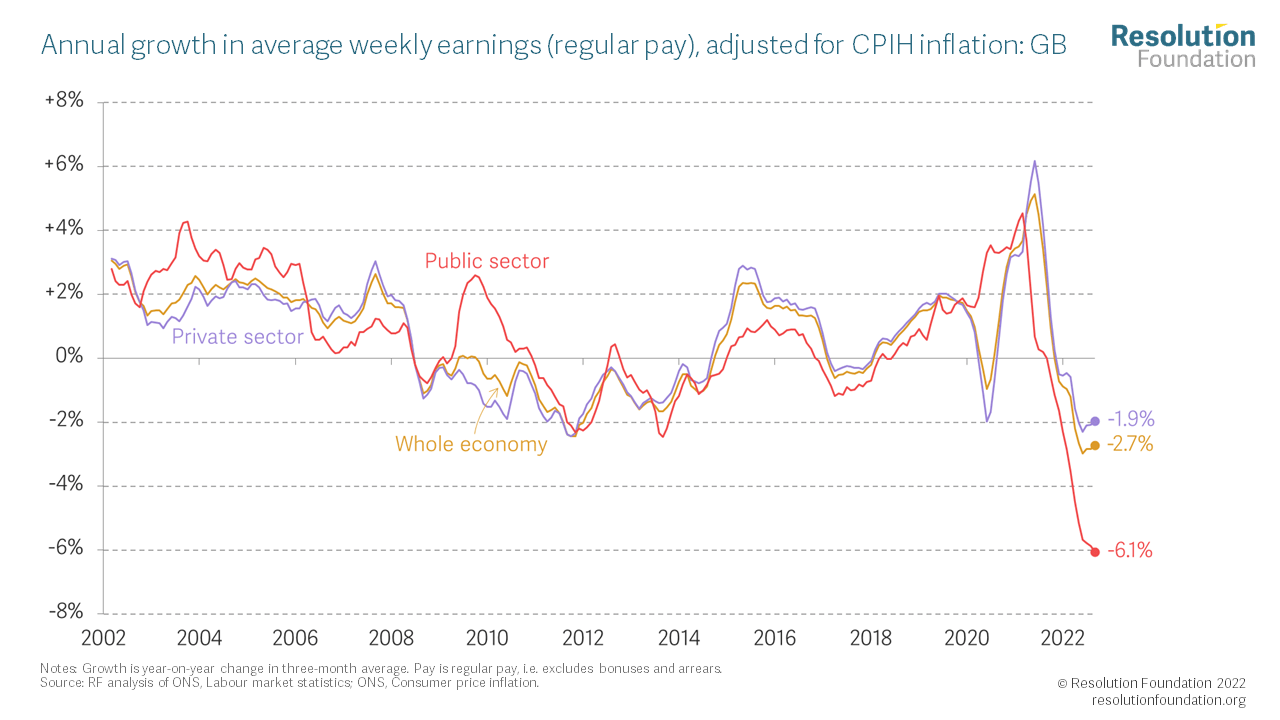 So public sector pay is falling relative to private sector pay, from what is already its lowest point in many years. And the pay squeeze will exacerbate public sector hiring struggles: the number of vacancies in the industries which are predominantly public sector (public admin, education and health) have reached record highs, while vacancies in other sectors are starting to cool. 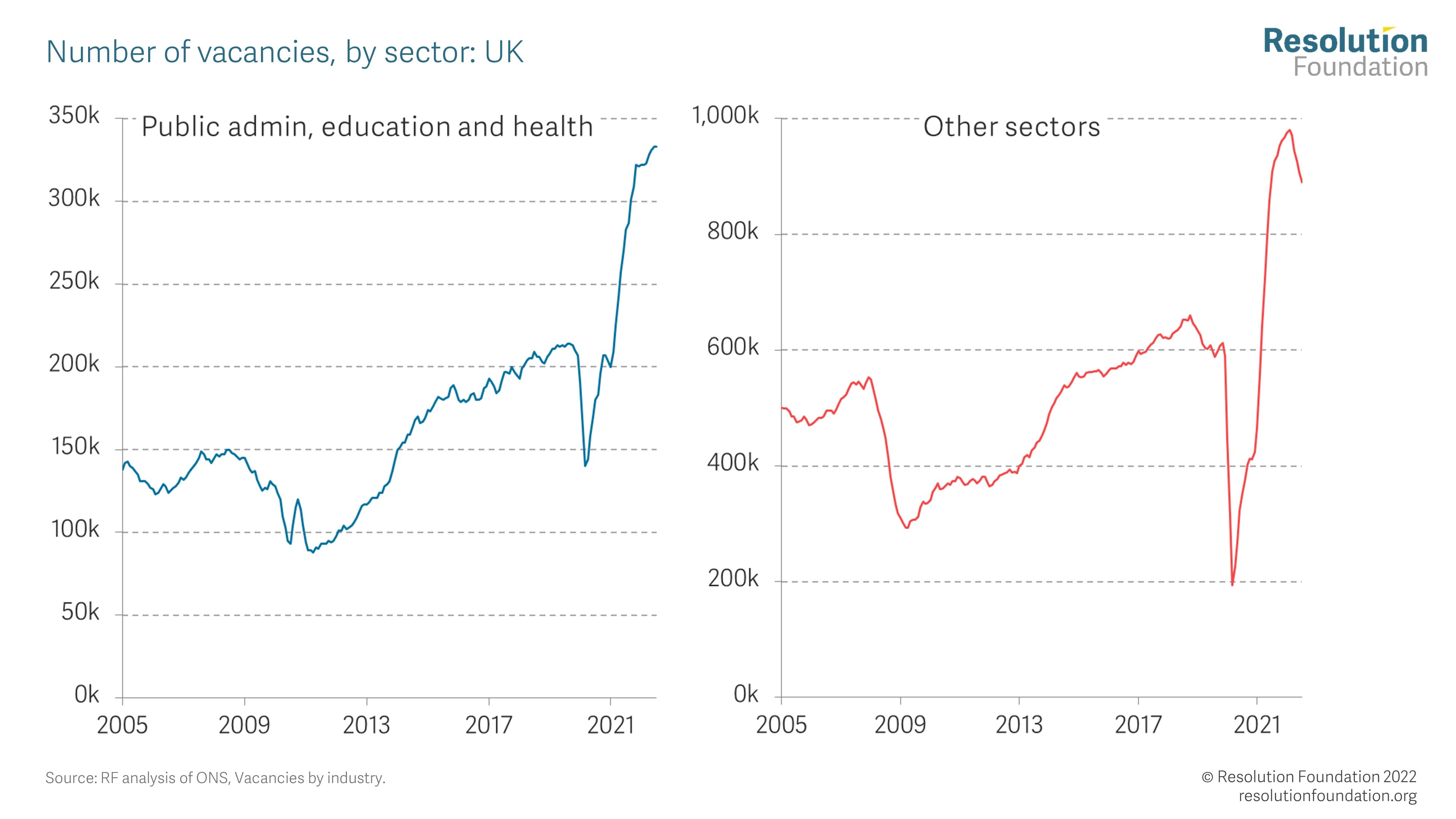 The Government can squeeze public sector pay to help pay for public services at a time when budgets are squeezed. But not without limit – in the end, workers will switch careers. With public sector vacancy rates now outstripping the private sector, we may already be seeing this in the data.

To get growth in real pay, we need better luck but also better policy

Until we get durable growth in real GDP and real national income, we won’t get steady growth in real pay. Some of the drivers – such as oil and gas prices – remain beyond our control. But many of the others – macroeconomic, trade, industrial and energy policies – are up to us, but not yet up to scratch. Read our report Stagnation Nation for how we might do better.