It’s been a busy week. New(ish) government, new (WEIRD) Cats film, and new top dog at the Bank of England. It’s all been going on.

What’s clear is that there’s a lot of adjusting to be done. It’s ages since a government had a real majority. Politicians and journalists are slowly waking up to a world that manages to combine more government activity with far less political drama. This is the cold turkey phase, as Westminster is weaned off the crack cocaine of tight evening votes. It’s messy, but in time they’ll pull through.

On which note, it’s worth reflecting on the massive upside to December elections that’s got missed among all the hating. The triumphant and the traumatised can now head off to revel/recuperate respectively. Christmas, at least, has won the argument.

Festive greetings from everyone at RF. 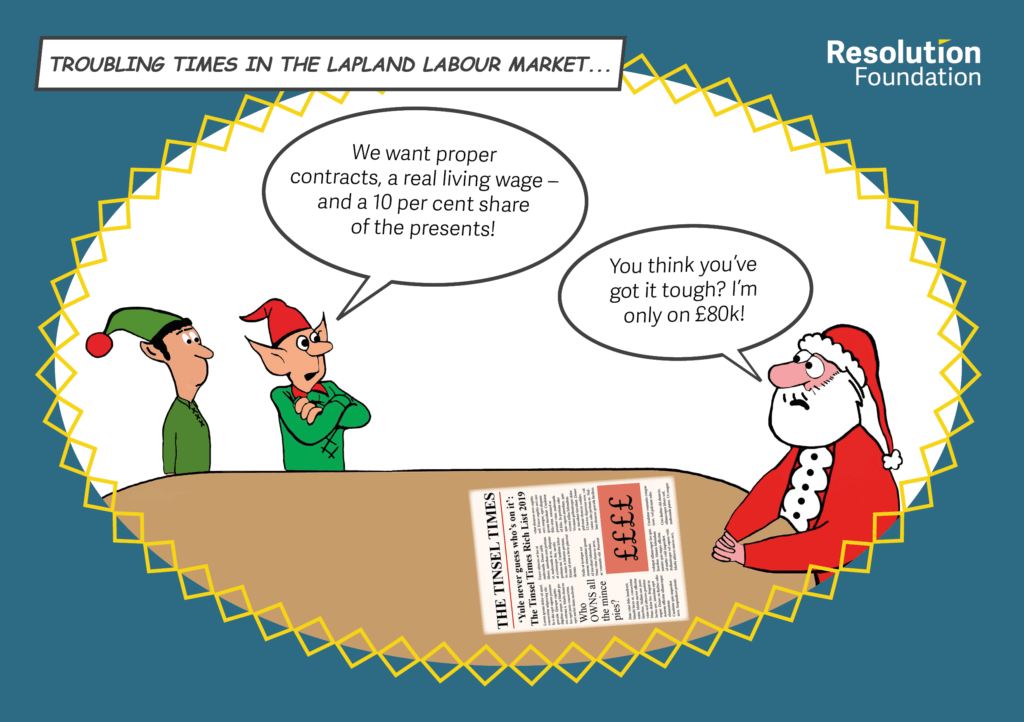 Tory towns? Everyone’s very excited about towns post-election. Because the Tories won some. We’re not talking all towns here – for the chattering classes this week ‘towns’ mean northern, older and lower income post-industrial towns. Sevenoaks isn’t the issue. Grimsby, Bolsover, Wolverhampton are (yes, weirdly midlands towns all get chucked into the north for the purpose of these conversations). The political case for a focus on towns is clear cut – having been powerfully made for years by the likes of Lisa Nandy for Labour, and James Frayne for the Conservatives. It’s clearly a caricature that governments haven’t tried to address the challenge of towns’ relative decline before – see the numerous “high street revival” initiatives – but a renewal of political focus is very welcome. But what should Tory policy makers actually do? For the first considered go at a Conservative answer to the economics side of this question (and it’s clearly about far more than economics) you could do worse than read ex-SPAD Stian Westlake’s new blog. There are concrete ideas, plus a warning against peddling easy answers to a tough, but very important, question.

Study/work/repeat. Should the youth work while studying? It’s a question individual families, as well as policy makers, often ask. Now personally I’m massively pro – but that’s based on a case study of one enjoying the cash of teenage kitchen/pub work. Ideally, we’d have something a little more scientific to weigh up if the income/work experience gained is worth the time lost to drinking studying. Luckily new research is on hand, evaluating a programme in Uruguay that offered work to 16-20 year olds via a lottery. The conclusions: not only did participants earn more while studying, they were earning 5 per cent a year long afterwards. And no it didn’t mess up their studies – in part because they had to stay enrolled to keep the job. Could this be rolled out in the UK? Well the jobs offered were all in state-owned industries, and after last week we’re obviously not on track to have loads of them… We’ll have new research on this very issue out over the Christmas break.

Banking on comms. Central banks don’t just take decisions on key issues like interest rates – they play a vital role in communicating economic information. There’s a long debate on central banks’ communications actually being a policy tool in their own right, and the BoE boasts of incorporating behavioural insights into its own comms strategy. But a new paper asks whether it makes any difference via an online experiment. The good news for those of us that spend ages on presenting economic information in simple language and (less simple) charts is that it can help. Simplification and making information relatable to people’s daily lives boost public understanding of key messages by 40 per cent. Obviously central banks can go really radical and actually talk to the public – on which note you can watch the video of our event earlier today on the UK’s economic outlook with MPC member Jonathan Haskel. He wants to cut interest rates now – just in case things get nasty in the months ahead.

Cash is king. The OBR this week reminded us that recent rubbish UK economic growth is basically about business investment growth having stopped since the Brexit referendum (check out this painfully clear gif). At a macro level economic uncertainty is clearly smothering investment. But what’s determined individual firms’ investment levels in the post-crisis years? New research (free version) says part of the answer is cash. Before the crisis there was much less urgency to hold cash as a business, but it turns out that those firms that had lots of dosh both weathered the financial crisis better (unsurprisingly – it was called a credit crunch for a reason) AND invested more during the recovery. Young and small firms with cash have done particularly well in snaffling market share in industries where other firms were more restrained by cash. In sum: all you need is love cash.

Hot hands. Boris Johnson is hoping that success breeds success elections-wise. In sport we often assume this is true – so-called ‘hot hands’ refers to the idea that if you score one point you’re also more likely to score the next one. New research on 3,000 matches shows this is actually true, at least in tennis: players who win a point are more likely to win the next one. Why might this be true? The authors suggest that it makes sense if those that are behind in an individual game in a tennis match don’t try their hardest and instead conserve their energy for the next one. Maybe this is Labour’s cunning plan for 2024…

We’ve had a word with Santa and we know what Top of the Charts readers REALLY want for Christmas – a distributional analysis of it. Hope you get all your other presents/a break/some drink/a lot of food/tidings of comfort and joy. Merry Christmas from everyone in the Resolution Foundation team. 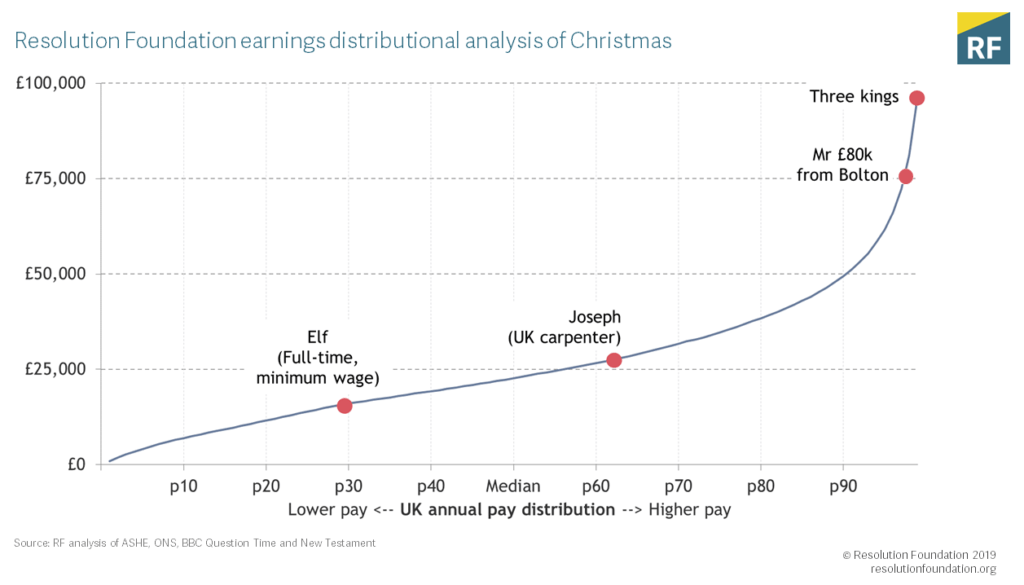