There is plenty to celebrate in today’s labour market data. As the end of the Coronavirus Job Retention Scheme approached in September, we saw rising employment (up to 75.4 per cent), falling unemployment (down to 4.3 per cent – see Figure 1 for both) and a record number of people moving into new jobs – driven by resignations rather than redundancies. Unemployment even fell below pre-pandemic (February 2020) levels in September, on the volatile single-month measure, to 3.9 per cent.

Figure 1: The picture for September is strong 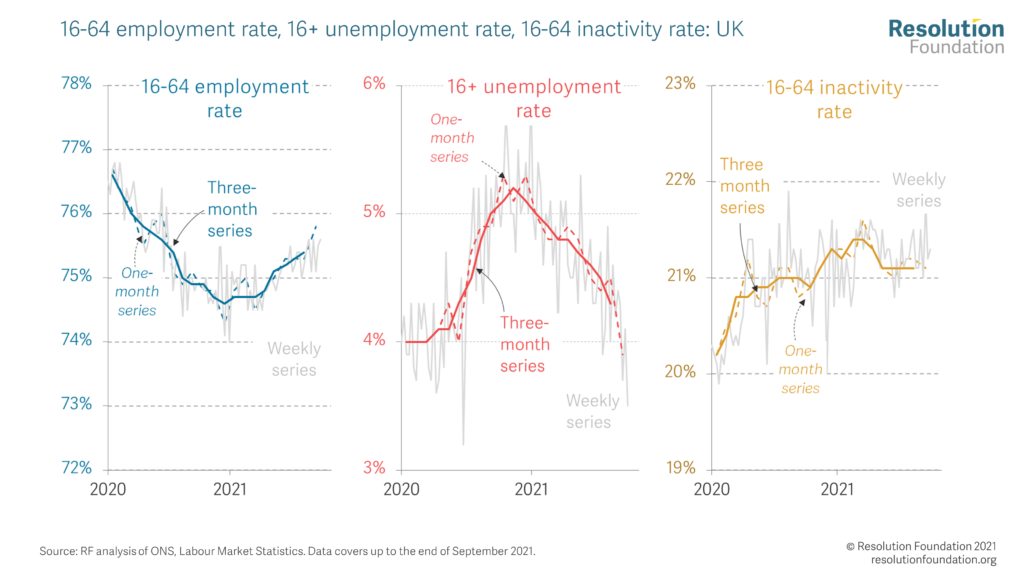 The early indications are that this strength continued into October after the end of furlough. Payrolled employment continued its onward march, rising by 160,000. Consistent with this, data from our own recent survey of 6,060 workers in mid-October suggests that 88 per cent of employees who were furloughed in late September were employed in October. Lastly, vacancy levels hit a record 1.17 million, boding well for labour demand in the near term.

Whilst vacancies are at record highs, it is important to remember that these vacancies are being filled at record rates, in part by people moving jobs (Figure 2), such that the average time to fill a vacancy has only just reached its pre-crisis high of 1.5 months in the three months to September (Figure 3). This picture of high churn in the labour market is what one should expect as the economy renormalises and reopens, and something we should get used to as the economy adapts to big drivers of change in the 2020s. We’ve heard lots of report of employers struggling to recruit – but while that may be true for some firms in specific sectors, it’s clearly not an economy-wide problem.

Figure 2: Job-to-job moves reached a record high over the summer 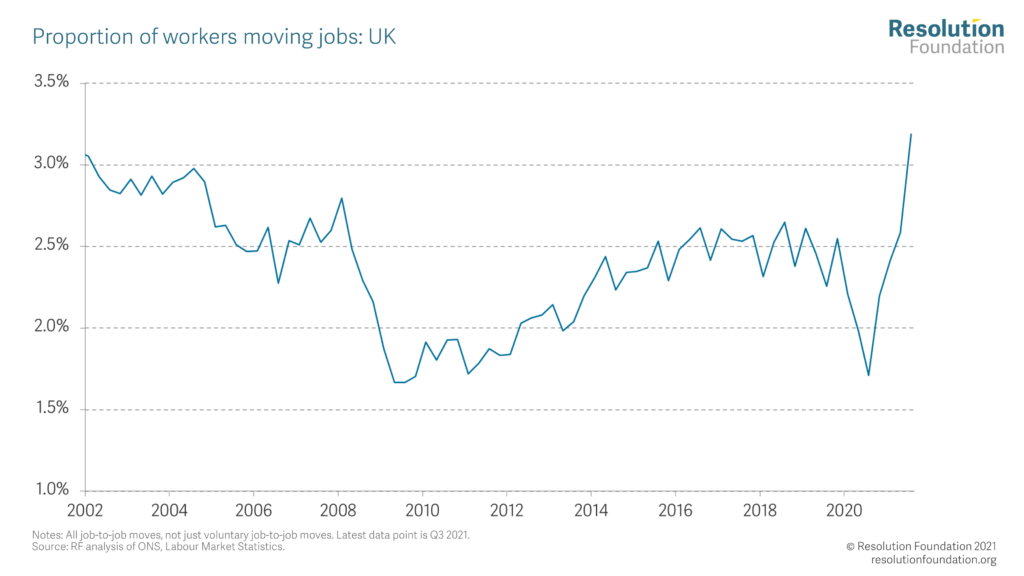 Figure 3: Vacancies are being filled at record rates 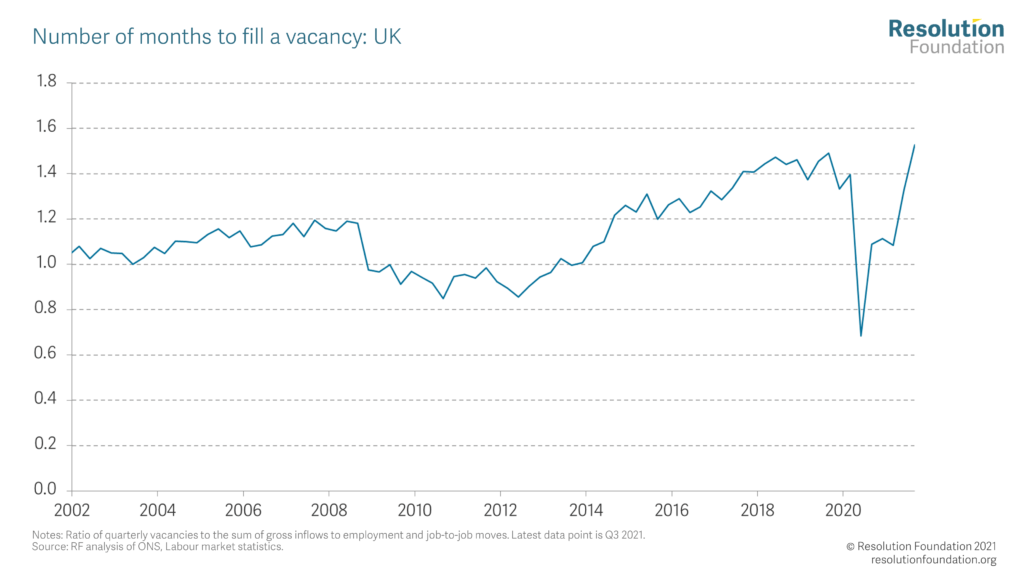 However, there are two clouds on the horizon.

The first cloud is labour force participation. Participation often falls somewhat in a weak labour market, as some people stop looking for work altogether, and then recovers as things pick up again. In 2021 Q3, about as many people moved into employment from inactivity (589,000) than from unemployment (608,000). But the recovery in participation seems almost to have stalled, rising only 0.1pp in 2021 Q3 and seemingly flat in recent weeks (see Figure 1 again). Unless participation starts rising again, employment will soon begin to hit limits, limiting GDP growth, tax revenues and household incomes. So the weakness in the recent data is troubling. Our forthcoming report and event on Covid and the labour market will use our unique survey evidence to look into this in greater detail.

Secondly, there is the issue of pay growth. Annual growth in average weekly earnings decelerated from 7.2 per cent in August to 5.8 in the three months to September, as base effects dissipated. Pay growth may have continued to normalise in September: the annualised 3-month growth of median pay fell from 6.4 per cent to 5.4 per cent in October. We expect headline rates to fall further: the ONS estimates that underlying pay growth could have been as low as 3.4 per cent in September.

With inflation set to hit 4 per cent as early as October – and forecast to hit 5 per cent next Spring – driven by higher energy costs and supply difficulties, it will be difficult for pay to grow quickly enough order to keep up with inflation, but not so quickly as to cause more of it. Such ‘goldilocks’ pay growth may be impossible in the current environment.

So, forget overblown talk of ‘wage spirals’ – pay packets are likely shrinking right now. With workers set for a third period of falling real wages in a decade – and wider household incomes also on course to fall – it is clear that the Covid recovery is far from complete, and that tough times lie ahead.