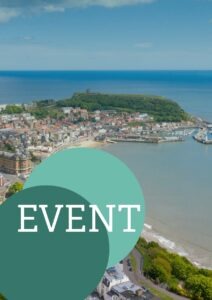 After a decade of stagnation and many decades of persistent regional economic divides, the task of securing a brighter economic future for a wider range of places is now up in lights. It’s an ambition that resonates with the public too, and if policy makers across local, city-wide and national government are to take effective action, its vital they understand what people want – and don’t – when it comes to growth in their home towns and cities.

Do people think their local area has fared well or poorly over recent years? Which routes do they see for their place, and the people in it, to succeed? How do people’s experiences differ between major city centres, nearby commuter areas and less well-connected towns? What are the factors pushing people away from whey they live, and what are the pull factors keeping them there?

The Resolution Foundation and Open Innovations are hosting an in-person, hybrid event in Leeds – as part of The Economy 2030 Inquiry, funded by the Nuffield Foundation – to debate and answer these questions.

Following a presentation of the key highlights from new Resolution Foundation research on people’s experience of the economy in their local area, we will hear from leading experts – including the Metro Mayor for West Yorkshire Tracy Brabin – on what this means for local and regional economic strategies, as well as the Government’s levelling up agenda in Westminster.

The event will be open for people to attend physically, alongside being broadcast via YouTube and the Resolution Foundation website. Viewers will be able to submit questions to the panel before and during the event via Slido.

Navigating Economic Change
Lessons from abroad and history
17 November 2022
Adopt, adapt and improve
A brief look at the interplay between labour markets and technological change in the UK
10 November 2022
·
Rui Costa, Yuanhang Yu
Slower for longer
The Bank of England tightens monetary policy again and warns that the outlook is bleak
4 August 2022
·
Jack Leslie, James Smith
Back to top