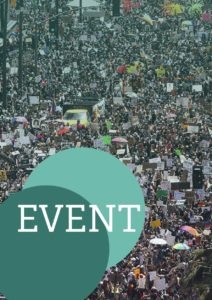 Book launch for Disorder: Hard Times in the 21st Century by Helen Thompson

The 21st century has witnessed huge shocks across the world, with far-reaching consequences for our economies and democracies. But this should not come as a surprise, as unresolved issues – from energy and trade, to growth and migration – have been accumulating for decades. And with the impacts of Brexit and the pandemic starting to become apparent, combined with the challenges of the net zero transition, more disruption is to follow.

How have past periods of dramatic change – such as the energy crises of 1970s or the global financial crisis – shaped our modern world? What can we learn about our economic and political future from the changes brought about by Brexit and the pandemic so far? And how much scope do we have to shape the economic, geopolitical and democratic changes to come?

As part of The Economy 2030 Inquiry, the Resolution Foundation is hosting a book launch for Disorder: Hard Times in the 21st Century by Professor Helen Thompson. We will discuss how geopolitical and economic events from recent decades have contributed to the state of the world today, and what that means for the UK as it wrestles with economic change in the 2020s.

The event will be open for people to physically attend, with wine and nibbles available beforehand, and with copies of the book available for purchase and signing by Helen. It will also broadcast via YouTube and the Resolution Foundation website. Viewers will be able to submit questions to the panel before and during the event.