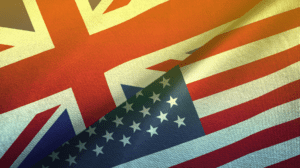 When it comes to the labour market, the UK has long been said to have more in common with its cousin across the Atlantic than its neighbours across the Channel. But by adopting a Job Retention Scheme, in which the state is paying the wages of over six million private sector employees, the UK has taken a distinctly continental approach in its response to the record worklessness caused by coronavirus. In contrast, the US has allowed unemployment to rise – and 30 million people have made claims since mid-March – and focused efforts on strengthening its social security safety net via Unemployment Insurance.

How different is the US response to that seen on this side of the pond?  What are the strengths and weaknesses of the different responses in protecting incomes today? And as we look ahead to the recovery, what will be the impact on unemployment tomorrow?

The Resolution Foundation hosted a webinar to discuss these questions with leading labour market experts from both sides of the Atlantic. Professor Arin Dube, an expert on the US labour market who recently led the UK Government’s review of minimum wages around the world, explained the US approach, while the TUC Head of Economics Kate Bell set out what the UK Government should do next.