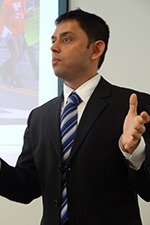 Speaker
Arindrajit Dube, Professor of Economics at the University of Massachusetts

From San Francisco to Seattle, fierce political battles have been fought – and won – across the US recently in favour of minimum wages higher than the federal rate.

But what are the economic arguments behind higher City-wide minimum wage rates? Have they proved successful and what are the drawbacks? And what, if anything, can the UK learn from the US given the very different context?

At a Resolution Foundation event at its central London headquarters, Arindrajit Dube, Professor of Economics at the University of Massachusetts, presented his ground-breaking research on the economic impact of higher minimum wages. A panel of experts debated what this could mean for the UK, followed by a Q&A. 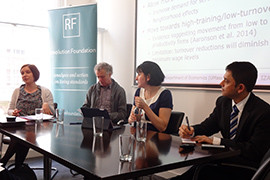 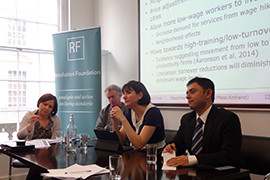 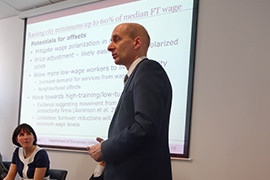 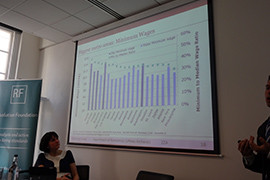