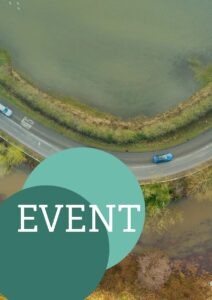 Doors open at 5pm for refreshments.

Britain is one of many countries today in the midst of an economic storm – battered by high inflation, rising interest rates and falling GDP, and set against a wider backdrop of low growth and high inequality. But this is merely the latest of many economic storms the country has had to weather in recent decades, and Britain is hardly alone in having to confront major economic challenges. From the break-up of economic trading blocs, to eras of profound political instability and disruptive price shocks, many other nations have had to adjust to profound economic change, for better and for worse.

As Britain navigates the economic challenges of the decade – from changing macroeconomic norms, to our post-Brexit place in the world and the net zero transition – it’s important to learn from the successes and mistakes of previous periods of economic change, both at home and abroad.

To do this, The Economy 2030 Inquiry – a collaboration between the Resolution Foundation and the Centre for Economic Performance at the LSE, funded by the Nuffield Foundation – is publishing a series of essays by renowned economists from around the world.

The first four essays – an assessment of how the UK economy has adjusted to other periods of disruptive change over the last century, the lessons and legacies of the 1980s, warnings from Italy’s economic stagnation, and the successes and failures of ‘crazy ideas’ in Estonia’s radical transformation – will be published on Thursday 17th November, with more to come in the months ahead.

The Resolution Foundation is hosting an in-person and interactive webinar to launch the two essays focussed on lessons from recent UK economic history. Speakers include three of Britain’s leading economists: Nick Crafts and John Muellbauer (who have authored two of the essays) and Diane Coyle. The essays on Italy and Estonia are being launched at a separate event at the Bristol Festival of Economics.