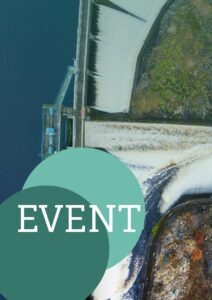 Firms create value – at least the successful ones do. But who benefits, the firm’s owners or workers, and by how much, is often up for grabs. That’s why power in our labour market matters. It doesn’t just affect the level of wages, but the inequality of those wages too. The power of workers – via unions or a tight labour market – or of employers – via being a town’s only hospital – matters. And yet it hardly features in most British policy discussions, despite changing considerably over time, and returning to centre stage in policy debates elsewhere.

To what extent has worker power declined as trade union membership has shrunk, or have other sources of leverage taken their place? Has employer power shrunk or grown in recent decades? How much difference does firm or worker power make to wages? And what should policy makers do about this balance of power over the coming decade?

The Resolution Foundation is hosting an in-person and interactive webinar – as part of The Economy 2030 Inquiry, funded by the Nuffield Foundation – to debate and answer these questions. Following a presentation of the key highlights from new joint RF / LSE research on changes in worker and employer power over time, we will hear from leading experts on what these findings tell us about the level and distribution of wages across Britain.

As good as it gets?
The forces driving economic stagnation and what they mean for the decade ahead
18 July 2022
·
James Smith
Stagnation nation
Navigating a route to a fairer and more prosperous Britain
13 July 2022
Power plays
The shifting balance of employer and worker power in the UK labour market
7 July 2022
·
Ufuk Altunbuken, Pawel Bukowski, Stephen Machin, Hannah Slaughter
Back to top