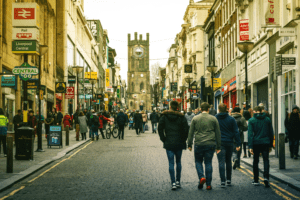 The decade-long roll-out of Universal Credit (UC) is at a critical juncture. This parliament, rather than the last one, will see the majority of people moving onto the benefit. Around seven million families across the UK will be receiving UC by 2024, following the final stage of the roll-out in which existing claimants are moved on to the new system. But in some places, such as the Liverpool City Region, significant numbers of people are already on UC – providing evidence of the lived experience for those claiming the new benefit, and lessons for policy design.

What have been the experiences of UC claimants so far? How have recent reforms affected the overall mix of winners and losers? How does this differ between people and places? And what further changes should the government make before the final stage of the roll-out commences in a year’s time?

At an event at its Westminster offices, the Resolution Foundation presented the key findings from new research, including a focused case study on the experience of Universal Credit in the Liverpool City Region. Steve Rotheram, Liverpool City Region’s Metro Mayor, responded to the research, along with a panel of leading experts on Universal Credit. An audience Q&A followed.