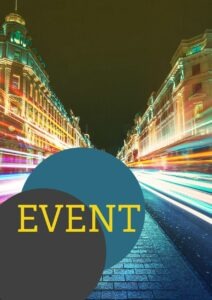 The 20th century was one of unparalleled economic growth – from rising living standards and an explosion of material wealth, to massive falls in poverty and deprivation. But it was also one of huge economic disruption, caused by, and the cause of, brutal global conflicts, as well as one of competing economic philosophies and outlooks, whose popularity have waxed and waned over time.

Understanding what underpinned these huge economic shifts – and their impact on individuals, communities, and societies – is important to understanding our history and the turbulent present we are living through. Few people are better equipped to explain these shifts than world-leading economist and polymath Brad DeLong.

Brad will join Resolution Foundation Chief Executive Torsten Bell to discuss these issues, which are the subject of his new critically-acclaimed book Slouching Towards Utopia: An Economic History of the 20th Century. Brad will also take part in an audience Q&A as part of an interactive webinar, which will be broadcast via YouTube and the Resolution Foundation website. Viewers can submit questions to Brad DeLong before and during the event via Slido.

The book Slouching Towards Utopia is available to buy at a discounted rate of £18 (plus UK postage at £3.10) from Hachette Distribution. Please email hukdcustomerservice@hachette.co.uk and quote the discount code STU22 and ISBN number 9781399803410 along with your delivery address to redeem this offer. This offer is valid until 31st December 2022.