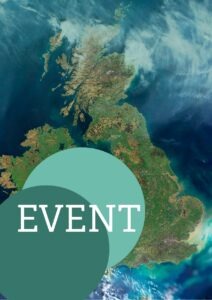 The UK is facing a decisive decade of economic change, as we emerge from the pandemic, adjust to Brexit, and urgently transition towards a net zero future. Some hope these changes will help us overcome the stagnation that has seen the UK enter the 2020s with low growth and high inequality – be that via the home working revolution or green growth. Others see lower taxes or migration as a silver bullet. But the task of securing stronger, sustainable, inclusive growth that reaches all parts of the UK is much harder than much of this wishful thinking implies: the UK needs a renewed economic strategy to successfully navigate the decade ahead.

The Economy 2030 Inquiry – a collaboration between the Resolution Foundation and the Centre for Economic Performance at the London School of Economics, funded by the Nuffield Foundation – hosted a full-day conference to discuss the economic change that the UK is about to live through, and what a renewed economic strategy for the 2020s might look like.

9am – Welcome from Sir Clive Cowdery

11:30am – David Willetts in conversation with Chris Giles

1pm – Towards a renewed economic strategy for the 2020s

Navigating Economic Change
Lessons from abroad and history
17 November 2022
Adopt, adapt and improve
A brief look at the interplay between labour markets and technological change in the UK
10 November 2022
·
Rui Costa, Yuanhang Yu
Slower for longer
The Bank of England tightens monetary policy again and warns that the outlook is bleak
4 August 2022
·
Jack Leslie, James Smith
Back to top