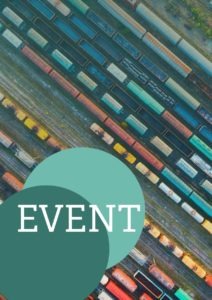 The UK’s political and policy debate on trade has become preoccupied with the nuts and bolts of individual trade deals – some real, some imaginary. Meanwhile bigger questions about the future path of the UK economy post-Brexit are ignored. Trade shapes our economic strengths and weaknesses, the jobs we do, and where we do them. More focus is needed on how trade fits into the UK’s wider economic plan – and how that in turn fits into a changing world economy.

What does wanting to be an open economy mean after Britain’s divorce from its biggest trading partner? Amid the immediate, direct effects of Brexit, can we see signs of the longer-lasting changes it might bring? How should a trade strategy align with other aspects of a new economic agenda, from ‘levelling up’ to the Prime Minister’s wish to move away from a low wage, low productivity labour market? And where does Britain fit in a new world order dominated by the EU, the US and China?

The Resolution Foundation is hosting an in-person and interactive webinar – as part of The Economy 2030 Inquiry, funded by the Nuffield Foundation – to debate and answer these questions. Following a presentation of the key highlights from new Resolution Foundation research on the role of trade in shaping a decade of economic change for Britain in the 2020s, we will hear from two leading experts on how we should approach this challenge.