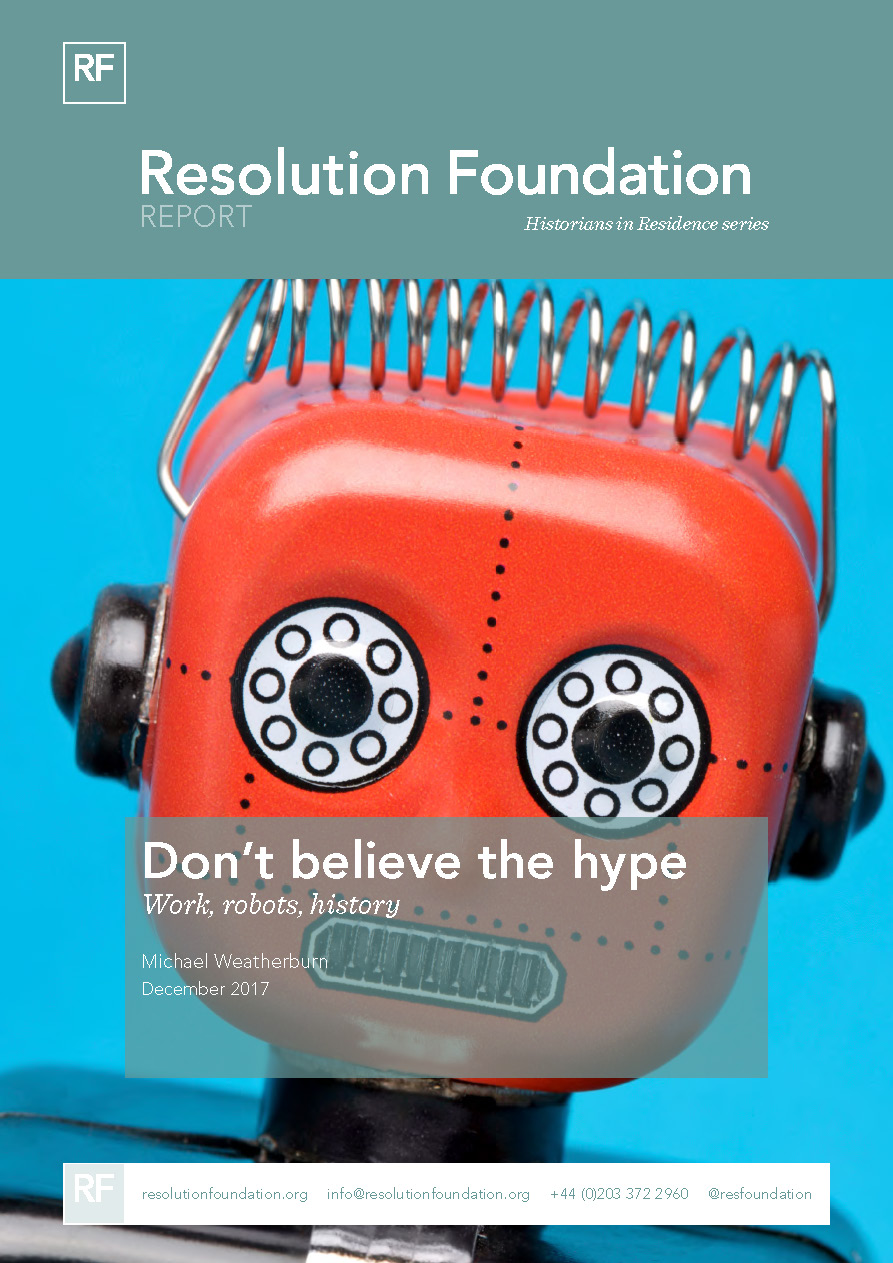 This project was undertaken as part of the Historians in Residence programme, which is based at King’s College, London. The views and opinions expressed in this report are those of the author and do not necessarily reflect those of the Resolution Foundation.

This project seeks to explore the historical development of digital technology in the UK workplace. It examines the use of the internet and digital technology in four sectors since 1990: warehousing and supermarkets, hospitality, taxis and care work. It examines the dotcom boom and bust, plus the related implementation of New Labour’s Department of Trade and Industry internet strategy of 1998. Its key findings are that digital technology, and resistance to it, has pervaded in these sectors for substantially longer than present-day commentators in the media or politics may realise.

In so doing, it addresses broader claims by commentators such as the World Economic Forum and the UK government’s Taylor Review in relation to the effects of robots and digital technology on how the UK workplace is developing, and may do so in the future. It also addresses the issue of whether robots are making people unemployed. A principal recommendation is to take alarmist projections with a pinch of salt: such hype has been evoked before and rarely comes true.

Included as appendices are a case comparison between the recent Taylor Review and a Ministry of Labour investigation of 1931-2 into workplace data; examinations of the future forecasts which in 1998 New Labour made for 2015; and insights into why the historical approach which this report follows, both in style of debate and practical research insights, is likely to become more necessary in the future.