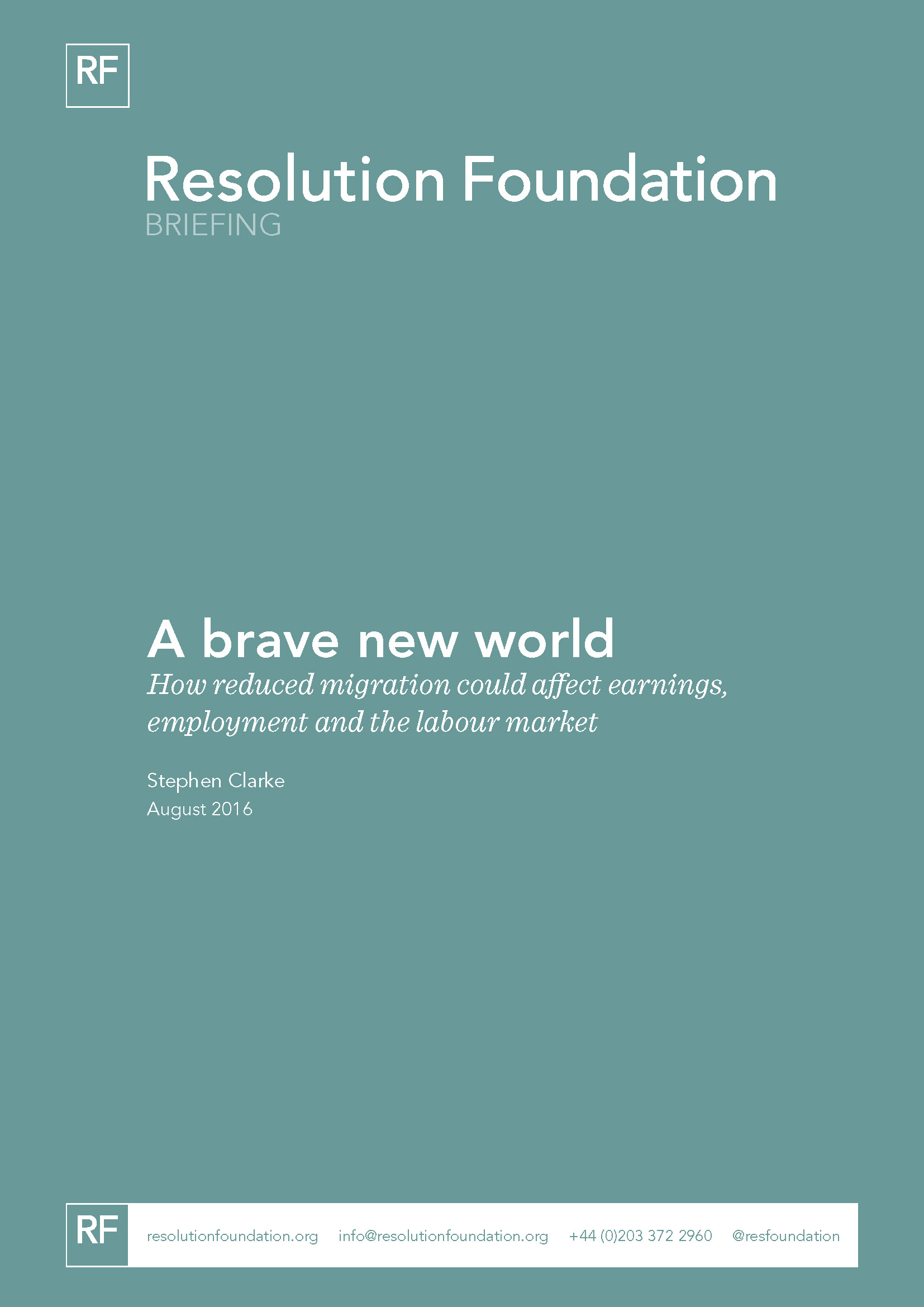 In the wake of the vote to leave the European Union it seems likely that the UK will adopt a new immigration regime, moving away from the current free movement of people within the EU and possibly extending the current points-based-system that applies to those outside the European Union. Given the government’s promise to bring net migration down it is fair to assume that the new regime will place greater restrictions on immigration.

The numbers of migrants entering the country grew significantly over the last decade. As this coincided with stagnant and then falling earnings it is fair to assess how far migration contributed to this. This note finds that while it is wrong to say that migration had no effect in reducing earnings, specifically for those in low-paying occupations, the effects are small and reducing migration will not reverse the earnings squeeze. However, reduced migration will throw up a number of significant new challenges for the labour market. In the short-term the government will need to ensure that the right to work of existing migrants is guaranteed to avoid serious harm being done to some sectors heavily reliant on such labour. In the medium-term its much heralded new industrial strategy will need to focus on helping these industries adjust to lower migrant availability, for example by investing in labour saving technology. Finally, with a likely rise in temporary workers and a greater risk of illegal migration the government will need to rethink the UK’s current light touch approach to labour market enforcement.