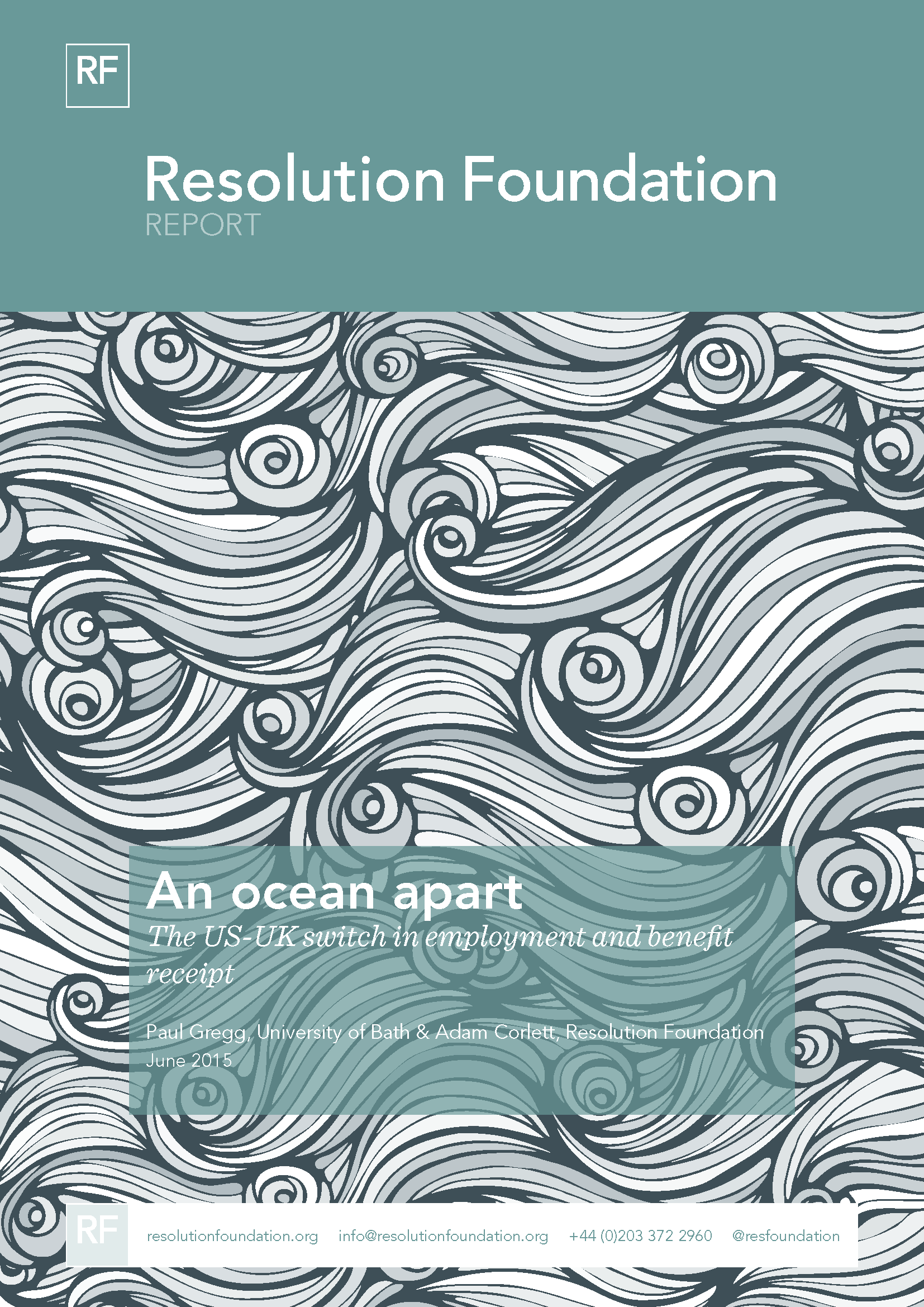 There was a time when some looked to the US model – in which out-of-work benefits are less readily available, time-limited and significantly less generous – for answers to the problem of extensive European levels of worklessness. This was particularly the case during the so-called ‘tough love’ era of the 1990s. The reforms of this period resulted in sharp falls in welfare reliance in the US and coincided with high employment among even marginal groups such as single parents. The central argument was that US institutions, including the welfare system, supported high employment and low welfare reliance, but at a cost of higher earnings inequality. This received wisdom held in the UK as much as anywhere else.

Since the mid-1990s however, the lead that the US used to hold over the UK in terms of employment has been more than reversed. Out-of-work welfare reliance appears to have been on an upward trend in the US since the turn of the millennium, in direct contrast to the steady reduction recorded in the UK.

The aim of this note – the first ahead of a major report on how we might target full employment in the UK – is to chart this major shift in patterns of employment and welfare reliance across the UK and US. It notes the importance of the specific direction taken by the UK’s welfare reform programme in explaining this divergence, and considers what room there is for further improvement. In essence it asks, as people once did in relation to the US, whether the UK’s welfare model represents an important contributing factor behind its recent employment success.

This paper highlights some remarkable transformations in the UK and US over the past two decades.

The nature of welfare reforms in the two countries over recent decades appears to have contributed to the remarkable switch in labour market performance.