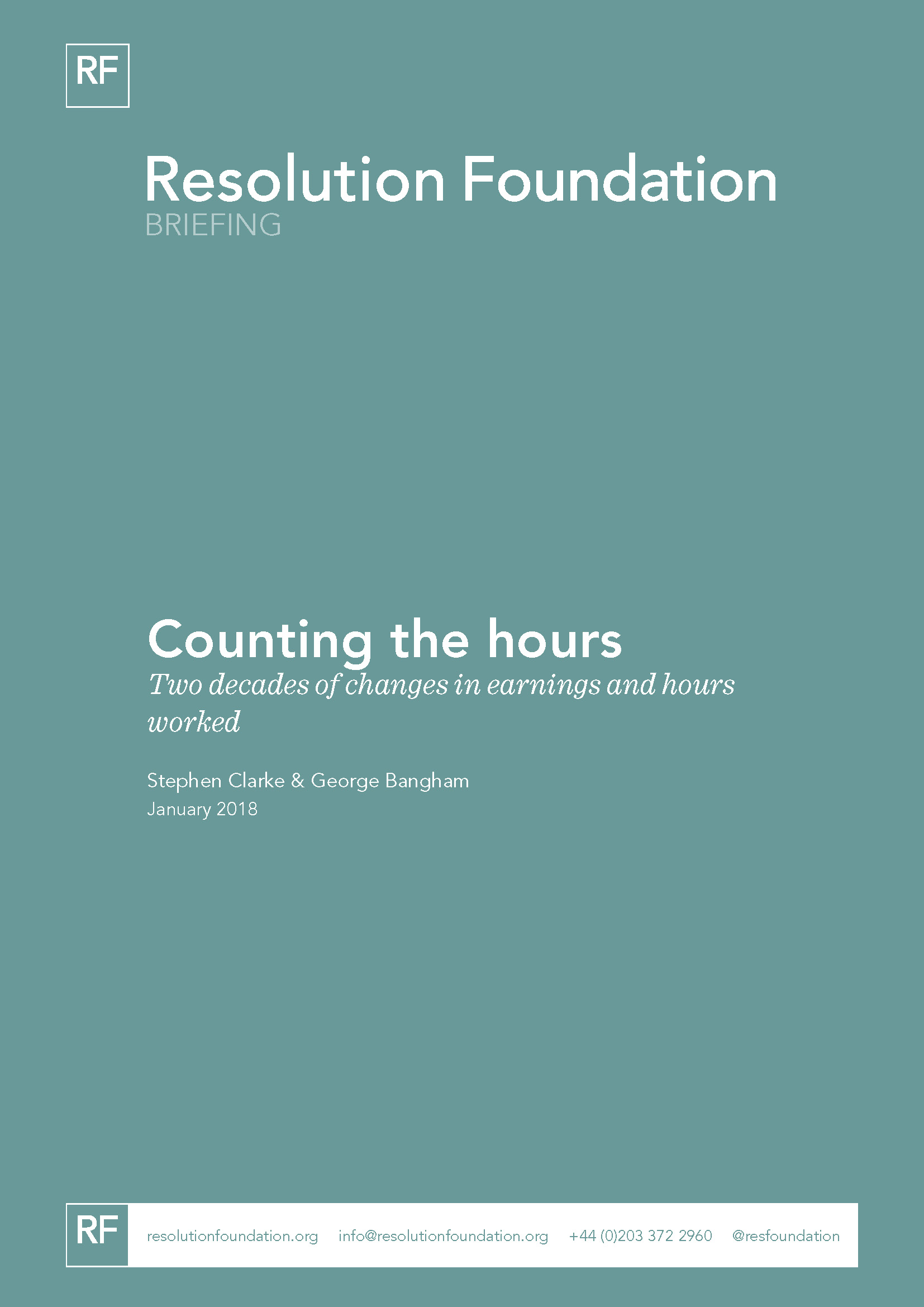 The pay of Britain’s workers has rarely been out of the news in the past decade. The unprecedented squeeze on earnings that followed the financial crisis, a new minimum wage for those 25 and over, and the arrival of the “top 1 per cent” in the years leading up to the financial crisis have all rightly grabbed headlines. Another area of concern has been the idea that the UK is experiencing a ‘hollowing’ out of the pay distribution as offshoring and automation diminish the number of mid-paid jobs.

Counting the Hours presents new research that shows that some hollowing out has occurred, but only in relation to men. Furthermore this hollowing out, rather than being driven by occupational change, is primarily the result of significant changes in the hours worked by men. The result is that this hollowing out is clearly seen in the weekly, but not the hourly, earnings distribution; between 1997 and 2016 the share of male employees earning at or around the typical male weekly wage fell by approximately 15 per cent.

A change in working hours is driving this change, but there are two factors at play. The first is the large increase in the number of male employees working part-time, which has risen from 8.1 per cent in 1997 to 11.7 per cent in 2017. The second driver of the ‘hollowing out’ of male pay over the last two decades is the reduction in average hours worked by the lower-paid (in terms of hourly pay) – over and above the shifting balance between full-time and part-time working. The average number of hours worked by full-time men earning around two-thirds of male median hourly earnings fell from 44.3 hours in 1997 to 42.2 hours in 2016. At the same time hours worked increased for higher paid men. As a result of this change lower-paid men no longer work more hours than their higher-paid counterparts.

While this isn’t all bad news (partly reflecting a more even distribution of part-time work between men and women and the reduction in excessive working hours) there is evidence that the shift has coincided with an unwelcome increase in ‘involuntary’ part-time work. Among part-time employees in the bottom fifth of the male weekly earnings distribution, 27 per cent would like full-time work compared to 8 per cent of those in the top fifth. Under-employment (people wanting more hours) is also concentrated amongst lower earners.

Given that it is weekly pay that directly feeds into people’s living standards, and increasingly the UK labour market is marked by atypical forms of employment often characterised by non-standard working hours, more focus on the hours people are working is welcome.