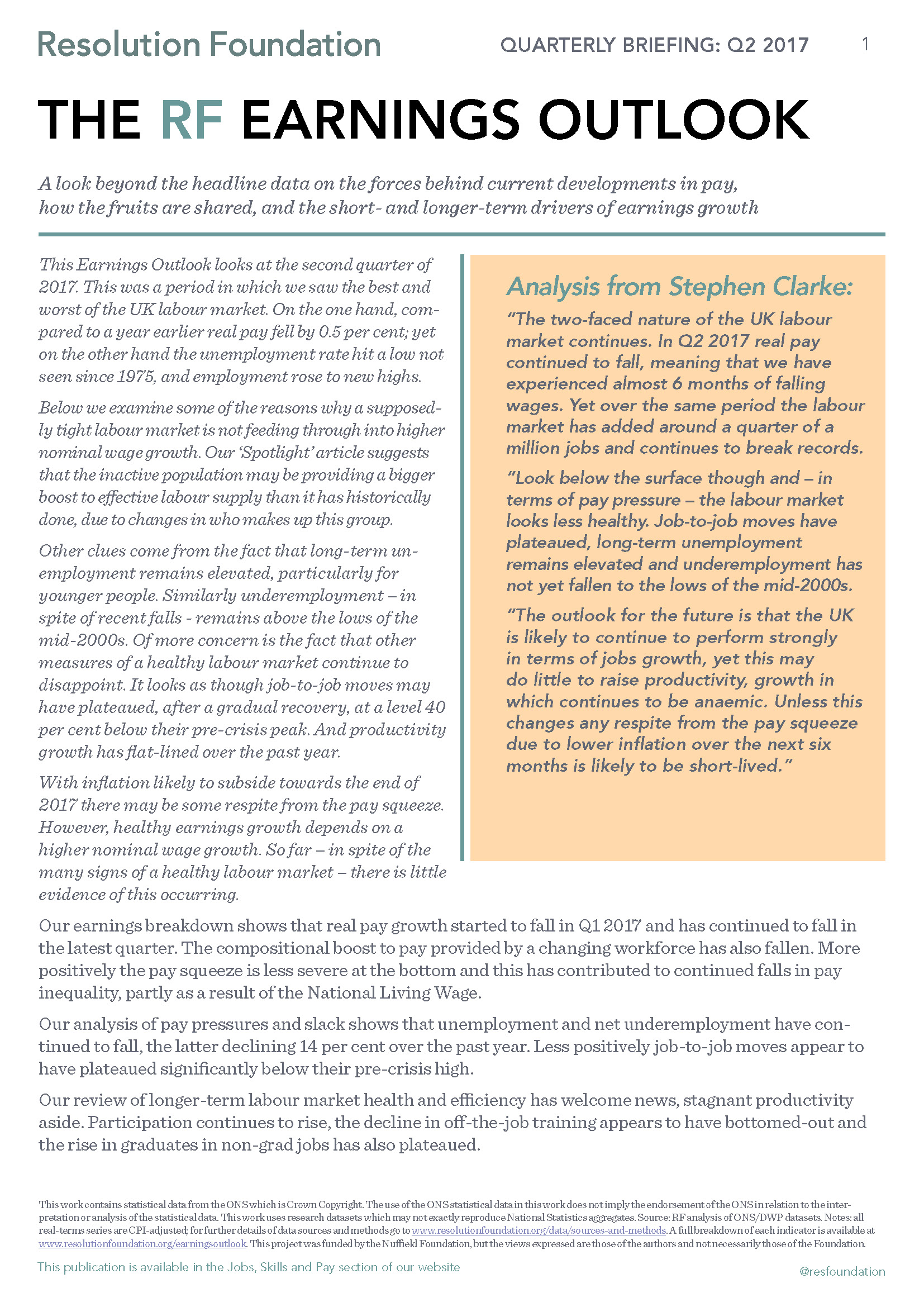 This Earnings Outlook looks at the second quarter of 2017. This was a period in which we saw the best and worst of the UK labour market. On the one hand, compared to a year earlier real pay fell by 0.5 per cent; yet on the other hand the unemployment rate hit a low not seen since 1975, and employment rose to new highs.

Below we examine some of the reasons why a supposedly tight labour market is not feeding through into higher nominal wage growth. Our ‘Spotlight’ article suggests that the inactive population may be providing a bigger boost to effective labour supply than it has historically done, due to changes in who makes up this group.

Other clues come from the fact that long-term unemployment remains elevated, particularly for younger people. Similarly underemployment – in spite of recent falls – remains above the lows of the mid-2000s. Of more concern is the fact that other measures of a healthy labour market continue to disappoint. It looks as though job-to-job moves may have plateaued, after a gradual recovery, at a level 40 per cent below their pre-crisis peak. And productivity growth has flat-lined over the past year.

With inflation likely to subside towards the end of 2017 there may be some respite from the pay squeeze. However, healthy earnings growth depends on a higher nominal wage growth. So far – in spite of the many signs of a healthy labour market – there is little evidence of this occurring.