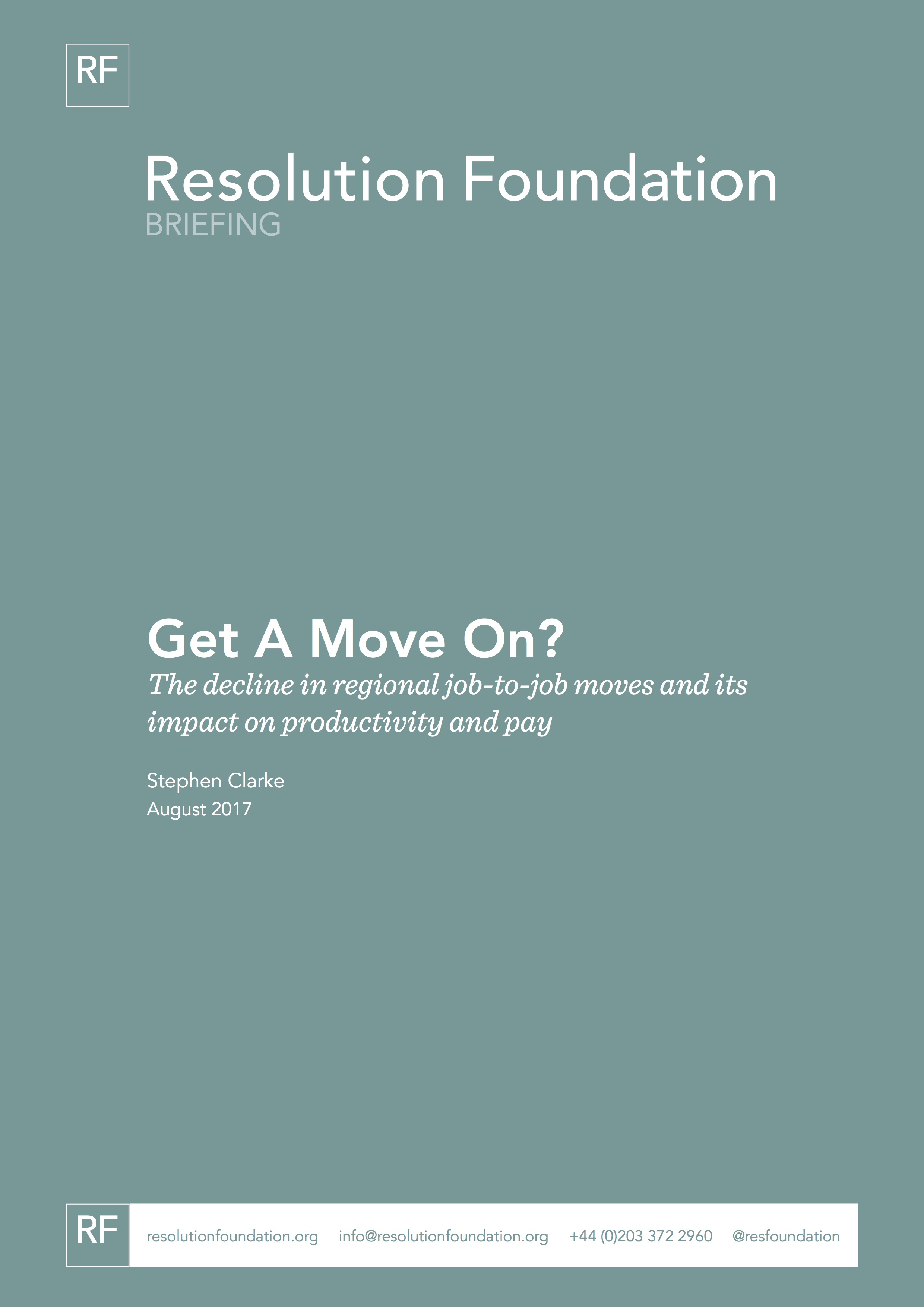 This briefing note looks at how economically-driven internal migration has changed in the UK over the past two decades. There has been a significant decline in the share of people moving region and employer since it reached a high at the turn of the millennium, partly this is cyclical, but it is also the result of structural shifts in the British population and labour market. We investigate which groups have led this decline and explore some of the factors that may be responsible. With one eye to the future we also look at the contribution that immigration has made to internal migration and touch upon what effect any further declines in net migration could have on the dynamism of the UK labour market.