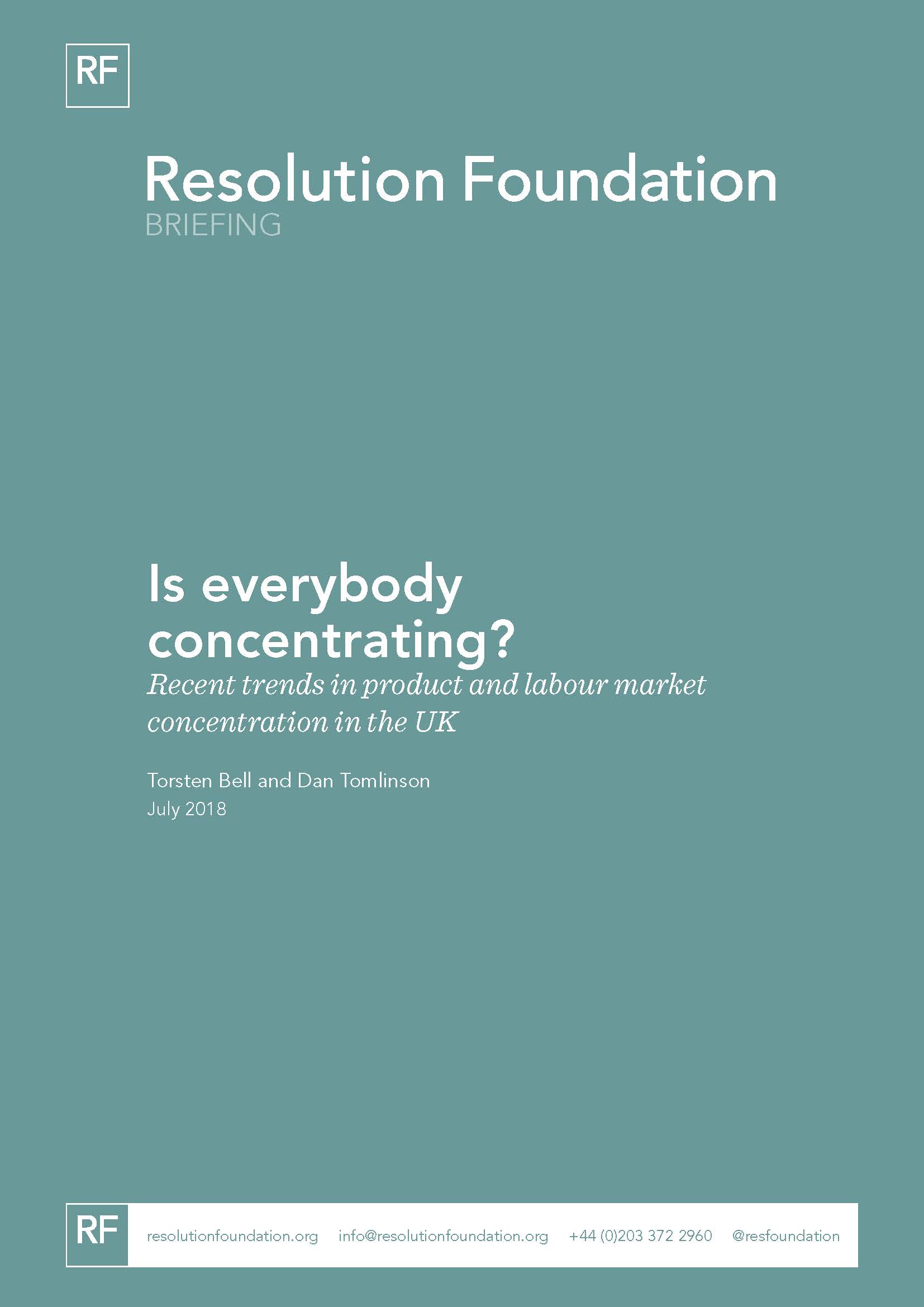 Worries about the state of modern capitalism abound from politicians across the political spectrum. This should be no surprise, with the UK still emerging from one of the deepest recessions and squeezes on living standards in modern history. At least part of the story told by the many of the critics of our economy is that it has become more dominated by a few big firms at the expense of other businesses, consumers and workers.

This concern is in part a response to the notable rise of (American) tech giants, as well as some high-profile international takeovers of UK firms. It also reflects an extensive literature in the United States which records a move towards greater market concentration, with links to higher profits and lower wages. But there is very little evidence of whether the concern is an accurate reflection of our wider economy here in the UK, with the last detailed whole-economy study of market concentration published in the mid-2000s. Yes, tech giants are becoming an increasing part of our lives, but it is a different question whether the UK has shifted towards having a more concentrated or a less competitive economy.

The lack of UK research is in part a result of data availability, but may also reflect the fact that much of our competition regime’s policy and enforcement work is managed by the EU. Brexit may very well change this, adding to the imperative for an up to date understanding of how concentrated the UK economy is.

This paper aims to provide that understanding via a thorough analysis of trends in concentration across our economy. It first asks how concentrated our product markets are in terms of the revenue share of the most significant UK firms, before turning to an area that has recently gained more emphasis in discussions – the concentration of employment among the biggest employers.

Are you better off today?
Real income growth under different governments since 1955
3 November 2021
·
Adam Corlett
Shock absorbers
Innovating to boost financial resilience in Europe
4 May 2021
·
Louise Marston
On firm ground?
The impact of Covid-19 on firms and what policy makers should do in response
10 February 2021
·
Nye Cominetti, Jack Leslie, James Smith
Back to top