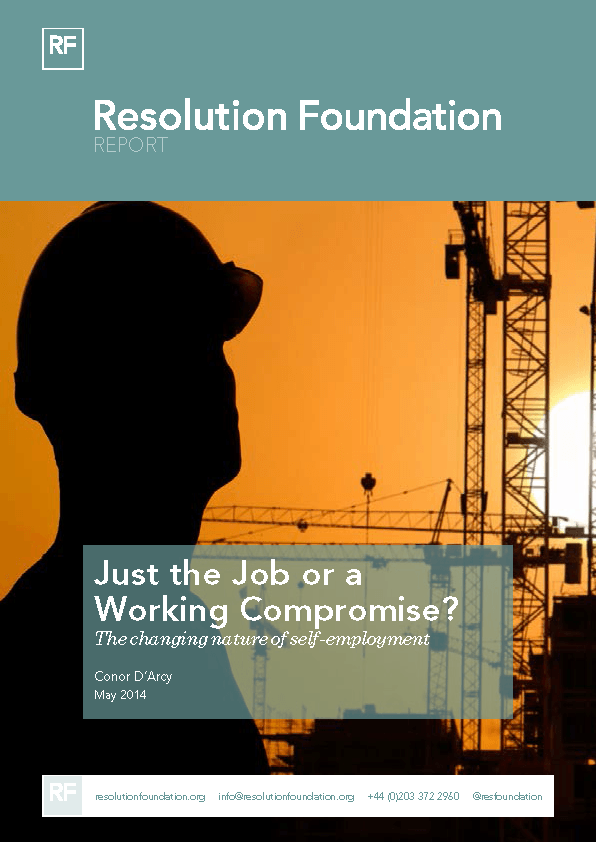 The growth of self-employment has become one of the stories of the recovery. While the share of total UK employment accounted for by self-employment has risen for decades, bucking the trend internationally, its pace has accelerated since 2008. And while the number of employee jobs has only recently regained its pre-recession level, the number of people who are self-employed has grown by 650,000 since 2008 to reach 4.5 million, or nearly 15 per cent of all employment.

Our analysis of national datasets and a new survey of just under 1,000 self-employed people suggests that there is strong evidence of a significant structural element, but that there does also appear to be an important cyclical component contributing to recent self-employment growth.

All accounted for: The case for an ‘all-worker’ earnings measure
6 May 2014
·
Conor D’Arcy, Laura Gardiner