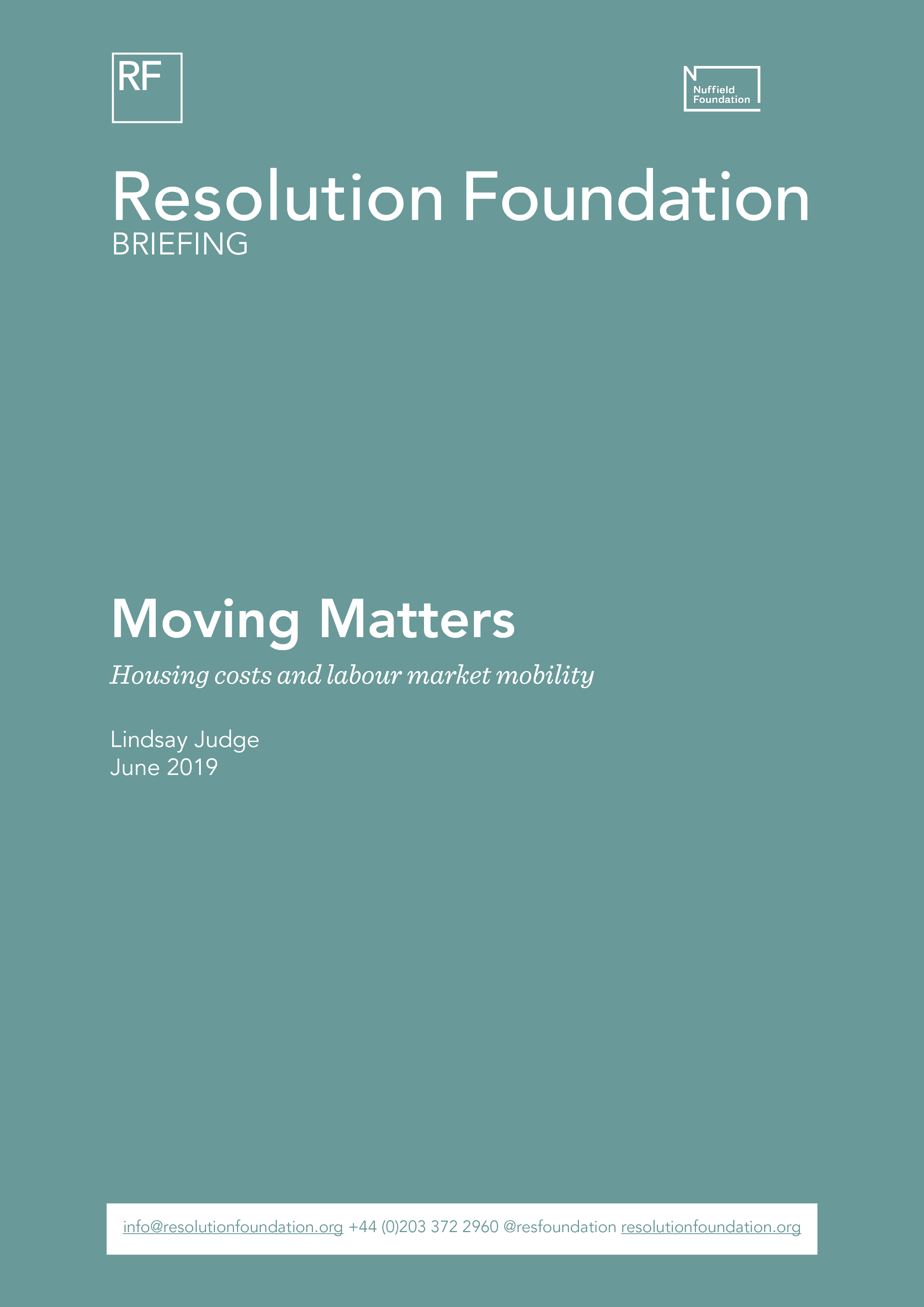 Making a move – to a new job, a new home or both – can be born of many things, and it is this complex topic of residential and job mobility that is the subject of this briefing note. While the received wisdom is that living standards gaps between different parts of the UK have widened over time, when it comes to moving for work across areas, we show that as a nation the rate at which we take up a new opportunity and change residence has fallen over time. This is especially true for younger age groups – a surprise finding given that young people are more likely to be graduates, non-UK born and private renters than in the past, changes that should have increased rather than decreased moves made for work.

So what can explain the fall in job-plus-home mobility we observe? In this report, we focus on three possible economic explanations:

With the evidence showing that efficiently matching with job opportunities is especially important for young people at the beginning of their working lives, the intergenerational implications of this briefing note are clear. While two of the reasons we identify that potentially explain the fall in job-plus-residence moves can be viewed as positive, our findings about the way that rising housing costs are determining the behaviour of younger renters in particular is a real cause for concern.