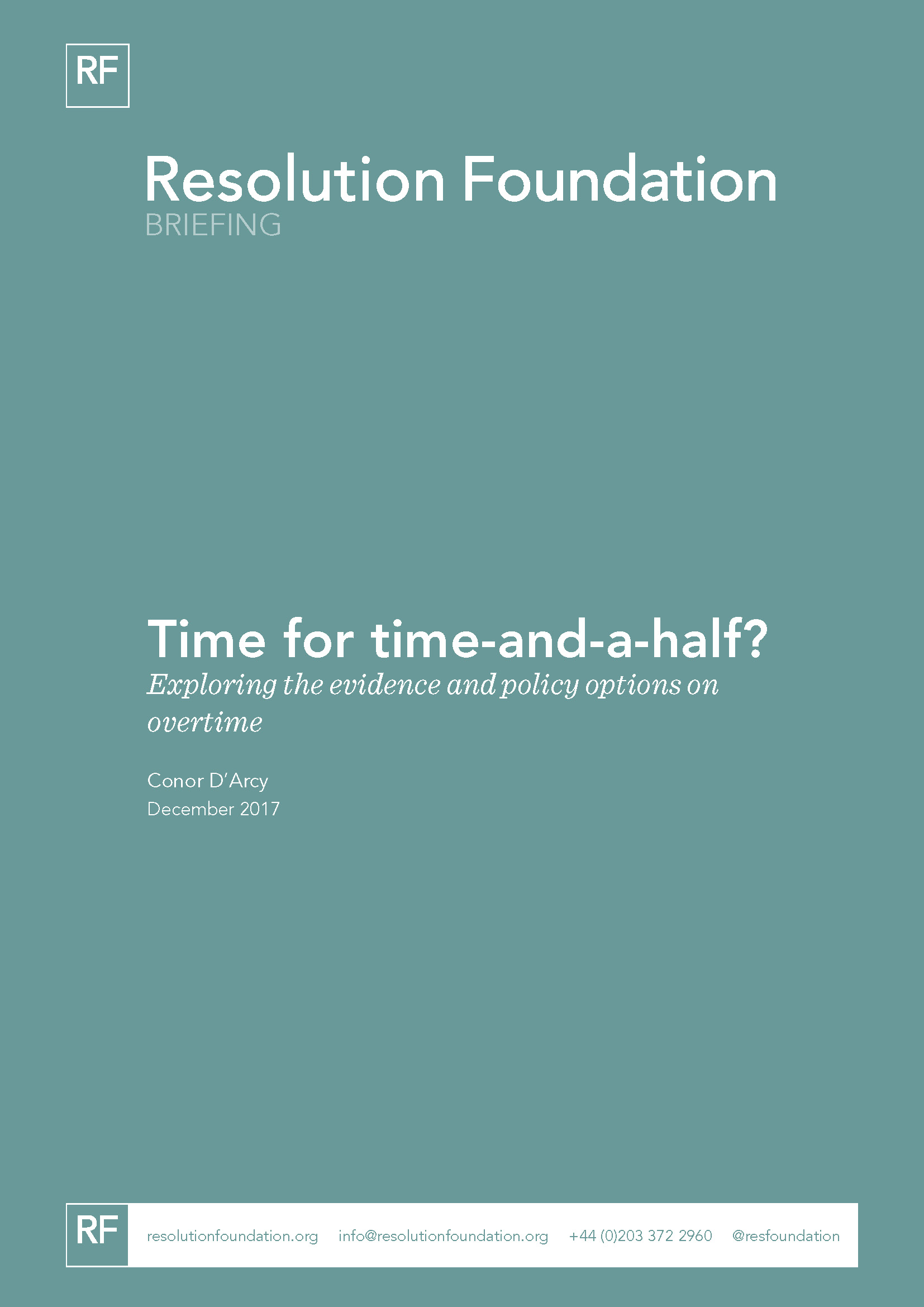 Discussion around the Taylor Review and quality of work has  often focused on zero-hours contracts and the gig economy. But one idea the Taylor Review raised could impact a far larger group: those doing paid overtime. Overtime working is a big deal in our labour market and attention on it is long overdue.

Our lack of focus on overtime has left the UK as something of an outlier internationally, with many countries placing restrictions on the volume of overtime working, introducing protections for affected employees or, as the Taylor Review suggested, requiring (some) employees doing overtime to be guaranteed a minimum pay premium above their regular wage.

The Taylor Review has opened the door to new policy thinking and experimentation around overtime policy to better address these concerns. In its response, the Government should take this opportunity to offer more workers with overtime greater security and certainty. Some steps, like protections for those turning down additional hours or action to discourage last-minute scheduling, should be relatively straightforward.

But changes to legislation affecting the rate at which overtime is paid are likely to have larger, more unpredictable effects. For instance, while a premium may incentivise firms to shift towards contracts that better reflect the working patterns of their staff, some may instead choose to simply offer fewer total hours, resulting in lower weekly wages for some workers.