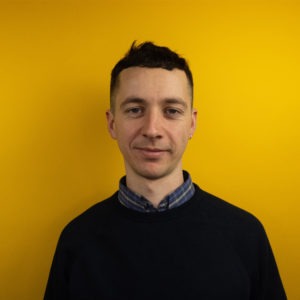 The North-South divide is a theme often used by – and against – politicians to highlight inequality in the UK, and election time is no exception. But this divide has evolved over time, and is by no means the only geographical divide in the country.

Productivity – or how efficiently we produce goods and services – is regarded by many economists as the most important long-term driver of living standards. If you want to improve quality of life over time you need to produce more per person than you did previously. On this measure, there is still a clear North-South divide.

Looking at output per worker across the country, London is producing goods and services worth £26,000 more per person than the per head average of the North West, North East and Yorkshire regions. In absolute terms, this gap has almost doubled since 2001. 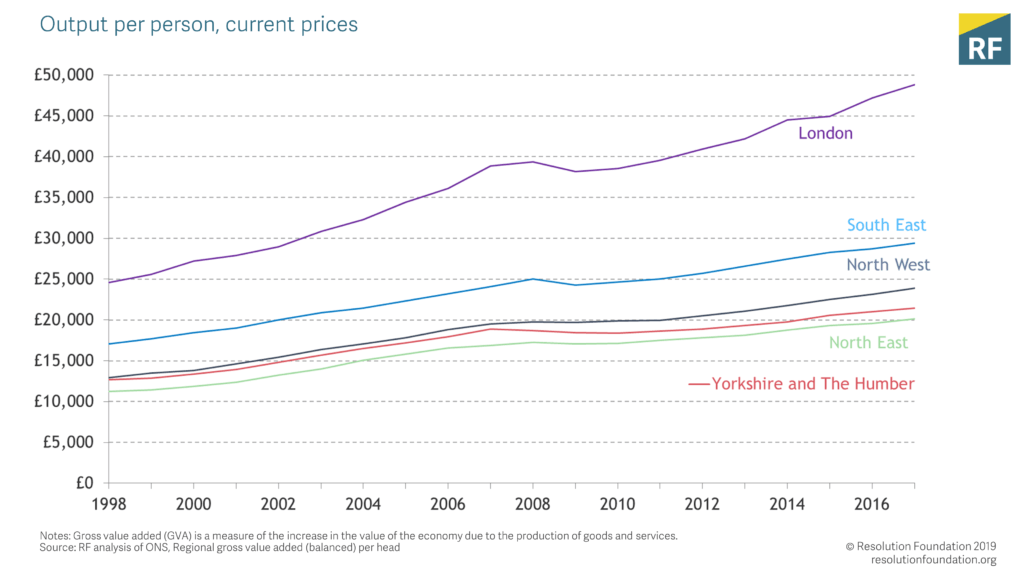 This isn’t about workers in the north being less productive though. It’s because the UK’s most productive sectors, such as finance and technology, are concentrated in the South of England.

Politicians have professed their ambition to rebalance the UK economy away from London by forming the Northern Powerhouse, creating regional metro mayors and a regional transport body. But commentators are divided as to how much it has helped fix the problem.

Not all economic gaps are North-South. When it comes to jobs, the divide is more about big cities versus the rest. Employment has traditionally been far lower in cities, but the good news is that this gap has closed – wherever you live in the UK.

Since 2012, jobs growth has been concentrated in large urban areas of the country, with almost a million jobs created across 12 of the UK’s largest cities such as Cardiff and Liverpool. 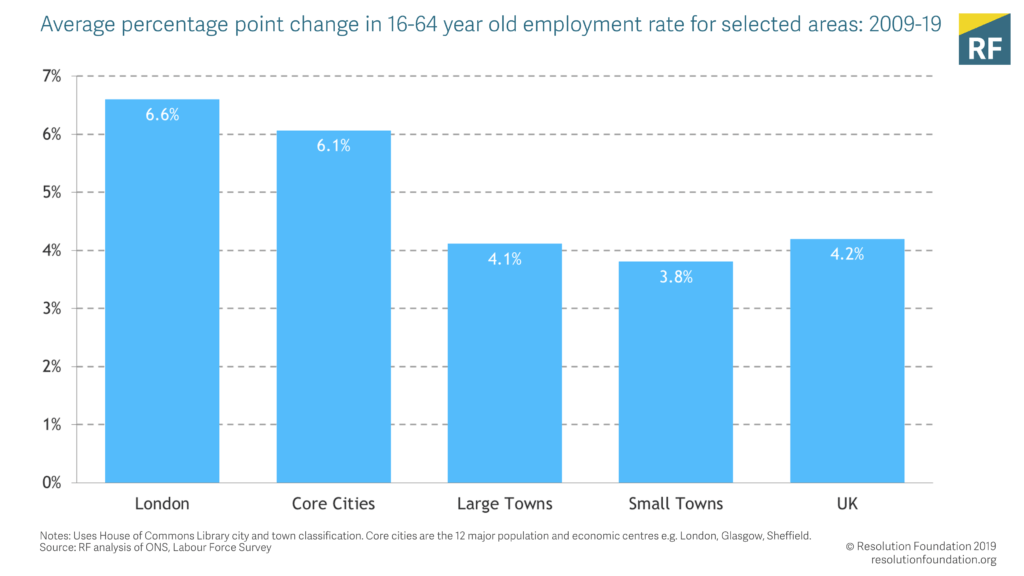 Metropolitan areas like Sheffield, Merseyside and London have seen the strongest growth, with a 6% rise in the 18-60 year-old employment rate since 2012. This urban-led jobs growth has particularly benefitted groups who are more likely to be unemployed such as younger workers and ethnic minorities, who are more likely to live in cities.

Despite this welcome growth, there is still a regional divide in our jobs market. For example, employment in the South West is 81% – 10% higher than Northern Ireland, the region with the lowest employment.

The UK’s pay gaps are within regions

Of course, it’s also important to look at how well-paid these jobs are. When it comes to salaries, it’s very much a case of London versus the rest. Median hourly pay – the point at which half of workers earn more and half earn less – is £18 an hour in London. That’s 27% higher than the South East, the next best-paid region and 48% higher than the East Midlands, which is England’s lowest paid region.

However, over the past decade, the pay gap between London and the rest of the UK has fallen thanks to big increases in the minimum wage. It currently stands at £8.21 for over 25s, about 59% of median hourly pay, up from 46% in 1999. 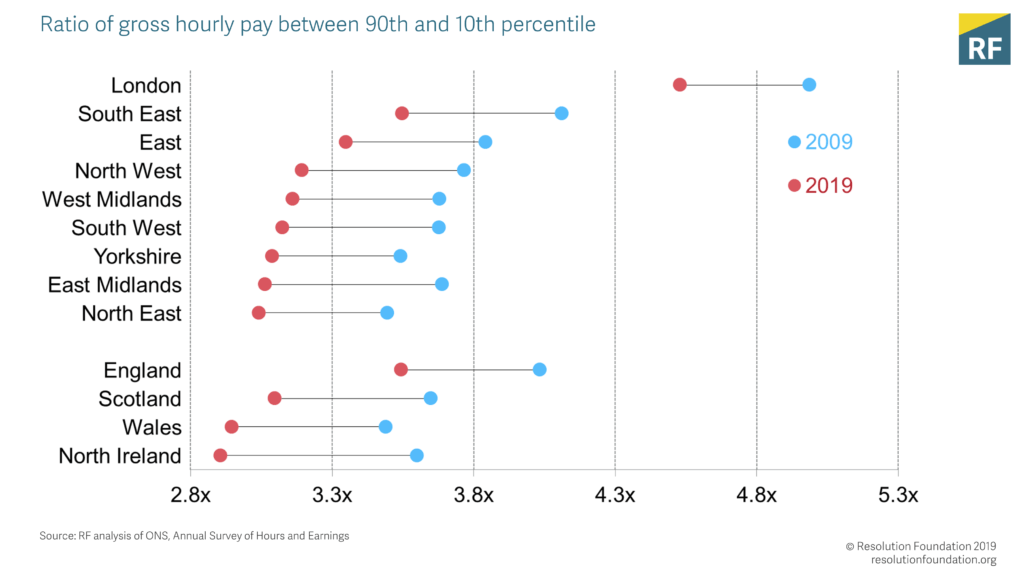 Today, the biggest pay gaps across the UK are within – rather than between – regions.

Of course, some parts of the country also have lower costs of living, including lower house prices.
When it comes to housing, the North-South divide is very much present. While pay packets may be smaller in the North, so too are mortgage and rental payments.

The average property price in London is £475,000 – three and a half times as much as the cheapest region in England, the North East. 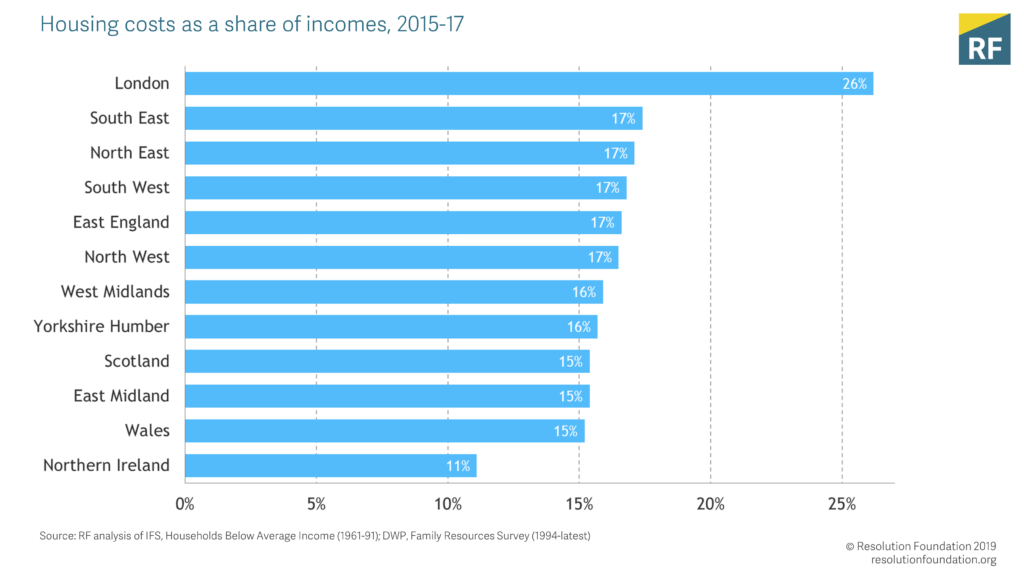 A similar picture emerges when it comes to housing affordability. Even though they tend to be paid more, about 26% of the average London household’s income goes on housing costs such as mortgage or rent.
This is a far higher proportion than anywhere else in the UK, where it ranges from 15-17%. Once housing costs are factored in, London falls from the UK’s highest income region to the middle of the pack.

The living standards gap is closing

Britain’s geographical divides are important because of how they affect which opportunities are available to us, and our standards of living.

There are signs we are moving in the right direction. In 1990, household incomes in the South East were over 40% higher than in Scotland, which was then the poorest part of the UK. Today, South East incomes are 20% higher than the current poorest region, the North East. 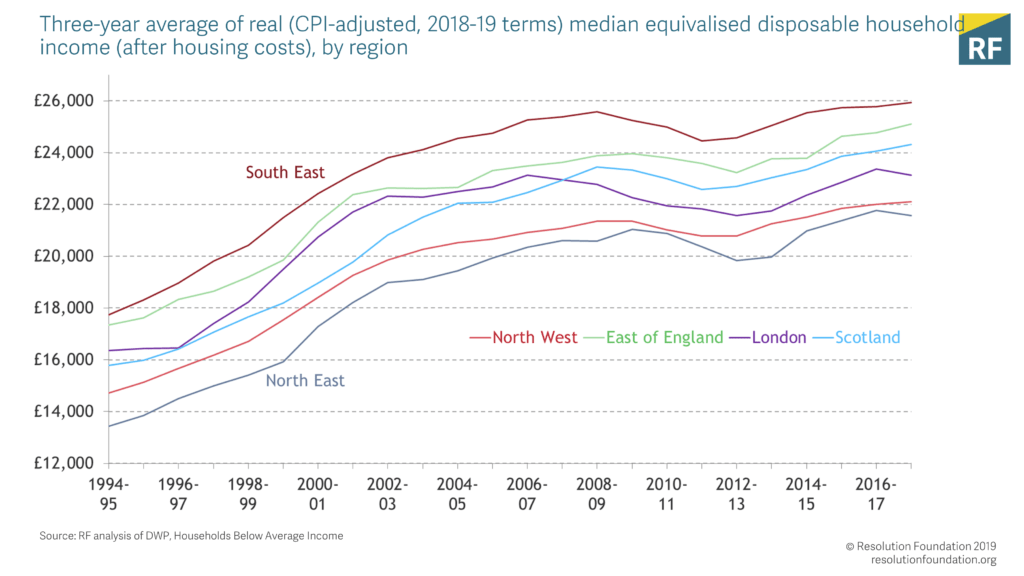 The big challenge for anyone wanting to close the North-South divide is we are not doing enough to reduce the big gaps in economic performance. More positively, when it comes to jobs and pay – which is how most people experience the economy – the gap has shrunk over the past decade, with fewer unemployment blackspots than before. 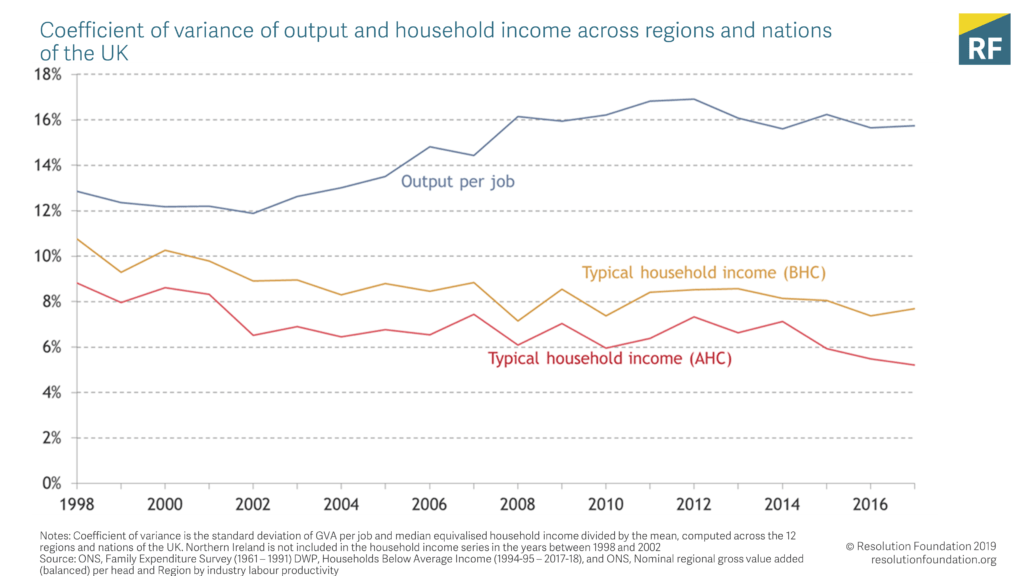 So, the North-South divide is still with us, even though it has started to shrink on some important measures. Closing it – and the UK’s other divides – once and for all is a challenge that all the political parties say they want to embrace.