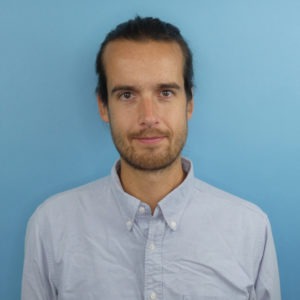 The first day of April saw the largest overnight jump in energy bills in living memory, pushing up the cost of gas and electricity for 22 million families by more than 50 per cent. Despite this not having sunk in yet – households are only one bill into this new reality at most – we are already dreading this winter.

Ofgem will set the next price cap level this September, with even conservative estimates suggesting a £500 rise to £2,500. This would see almost a third of English families, or 7.5 million households in total, in fuel stress – defined as spending more than a tenth of their household budget on energy costs alone – even when measures enacted by the Government are considered.

As ever, it will be the worst-off who are hardest hit: four in five of the poorest families face fuel stress this October, compared with just one in 50 of the richest, Resolution Foundation research has shown.

Such terrifying predictions mean more support from government is inevitable. However, holding off until the last possible minute, as in repeating the strategy from the last price cap increase, will see millions of families fall into arrears over the summer. It is already estimated that more than one in 10 customers are behind on bills, with average debts of £400. These figures will be much scarier come autumn.

Despite repeated warnings, the Government seems happy to delay intervening, subjecting families to months of stress, of falling behind on bills, and of cutting back on day-to-day essentials to make ends meet. But there are simple, high-impact measures that could and should be introduced now.

The Chancellor’s decision to not uprate benefits in line with current inflation levels in his Spring Statement earlier this month was a big mistake. The benefits system is designed to help lower-income families with living costs, and is perfectly set up for crises such as today’s. The start of the new financial year would have been the best time to make it more generous; now is the next best time.

Putting more money into the pockets of those who need it the most would also help ease fears linked with new expectations of annual bills remaining above £2,000 all the way into 2024. A new normal of high prices hastens the need to modernise our energy system into one where energy is made as cheap as possible as quickly as possible, and that the amount we waste is cut.

Wholesale electricity prices in winter 2023 remain well above £150 per megawatt hour – three times the cost of power from onshore wind turbines or solar panels that can be built and generating by then. A lack of support in the recent energy strategy though, means we’ll miss out on this downward pressure on bills, which as ever will have the biggest impact on those on the smallest budgets.

And while insulating homes won’t solve our problems overnight, there is surely no better time to start than now. Half of England’s poorest families live in homes with cold, uninsulated walls. Were they to live in an equivalent insulated home their heating bill would be £400 lower this winter. Yet in the UK we haven’t installed insulation at scale for a decade.

What support there is available remains out of reach for families needing the most help with energy bills. Even £5,000 off a heat pump still leaves a big bill, while proposed planning regulations that will make it easier to install rooftop solar are little help for those without cash to invest, and “green mortgages” will remain out of reach of homeowners with low incomes or small levels of equity.

No sign of bills waning means that now is the time to focus on both long and short-term parts of the energy crisis. A reluctance to act in the most targeted way will pile up pressure here and now, and an exclusion from long-term protection from energy shocks will see this inequality persist for years.

Clean energy and curbing waste are the answers to the structural change under way in energy markets. The transition will be rocky, just as it was in the 1970s oil crisis. Yet without a proper plan from government, it is poorer households who will feel the brunt of high energy costs for years to come.

This article was originally published in iNews