In 1965 The Kinks sang “I’m so tired, tired of waiting, tired of waiting for you”. This neatly sums up how many of us have felt about the UK labour market over the past decade, in particular our pay packets.

Since 2009 we’ve grown quite tired of waiting for signs that pay growth could be – at least approaching – pre-crisis norms. Today, perhaps, the wait may be over.

Growth in nominal (before inflation) average weekly wages increased by 3.1 per cent in the year to August. This is the fastest rate since January 2009 and above the highest rate recorded in 2015-16 when the country was enjoying something of a mini-boom in living standards. 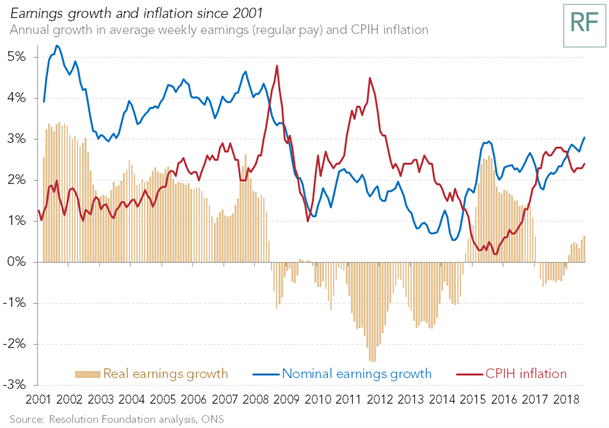 This mini-boom came to an end when inflation started to rise (red line above) and owed more to slower price rises than to particularly rapid wage growth. Unfortunately because inflation remains above target (although it is likely to slow over the next few months) real pay growth remains a relatively meagre 0.7 per cent. 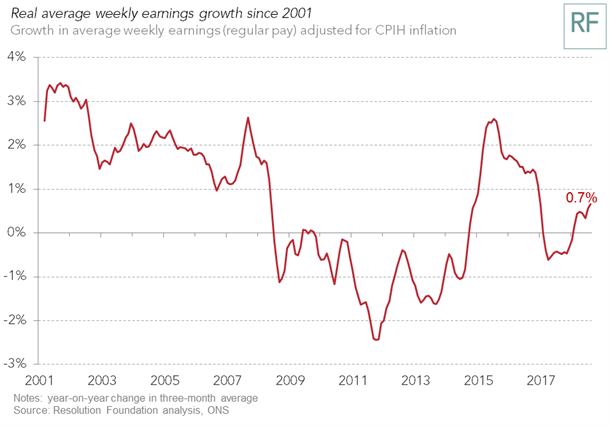 It’s worth noting that this is well below the average 2.2 per cent real pay growth that was the norm pre-crisis (when nominal pay growth averaged over 4 per cent). However for some sectors it may feel a little like those heady days. Pay in real estate, hospitality, retail and construction are all rising above 2.2 per cent. In some of these sectors a rising National Living Wage (NLW) will be having an effect, but the fact that across a range of higher and lower paid sectors pay growth is starting to pick up points to a tightening labour market. 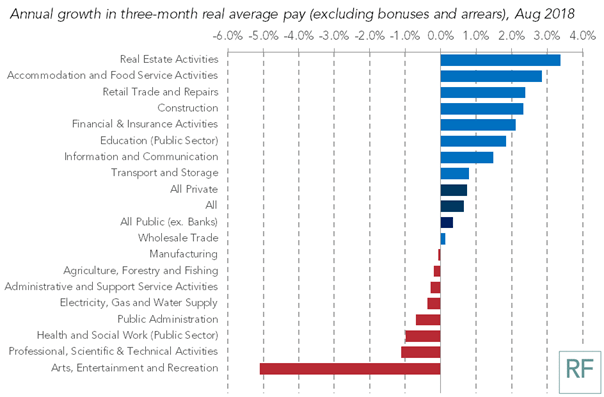 Unemployment is at a 43-year low, but perhaps more importantly, wider measures of slack are also now returning to pre-crisis levels. Our recent research showed that heightened levels of slack likely explain about a fifth of the slowdown in real pay growth relative to pre-crisis. The share of people in work who nevertheless – like the unemployed – want to work more and are actively trying to do so is now approaching pre-crisis levels suggesting that there is probably relatively little slack left. 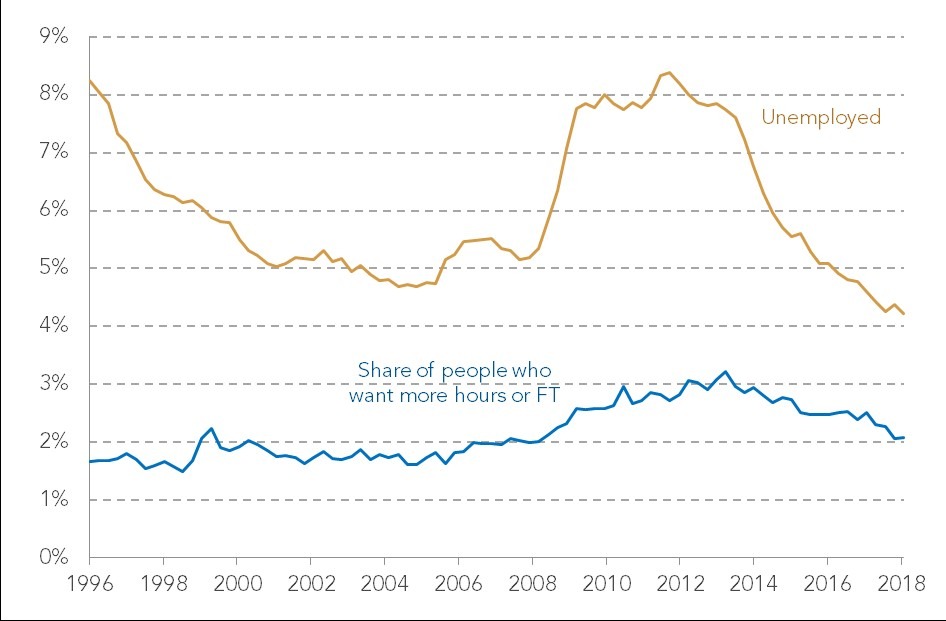 Unfortunately this does not mean we can expect a return to the pre-crisis norm of 4 per cent nominal pay growth soon. As well as highlighting the role played by heightened slack, our recent research showed that sluggish productivity was the most important reason why pay growth has disappointed for so long. In the early-2000s labour productivity (output per hour worked) increased on average by 2.2 per cent a year, post-crisis it has grown at less than a fifth of this rate. There is not a simple relationship between productivity and pay, but in the long-run productivity growth sets a limit on real (non-inflationary) pay growth. 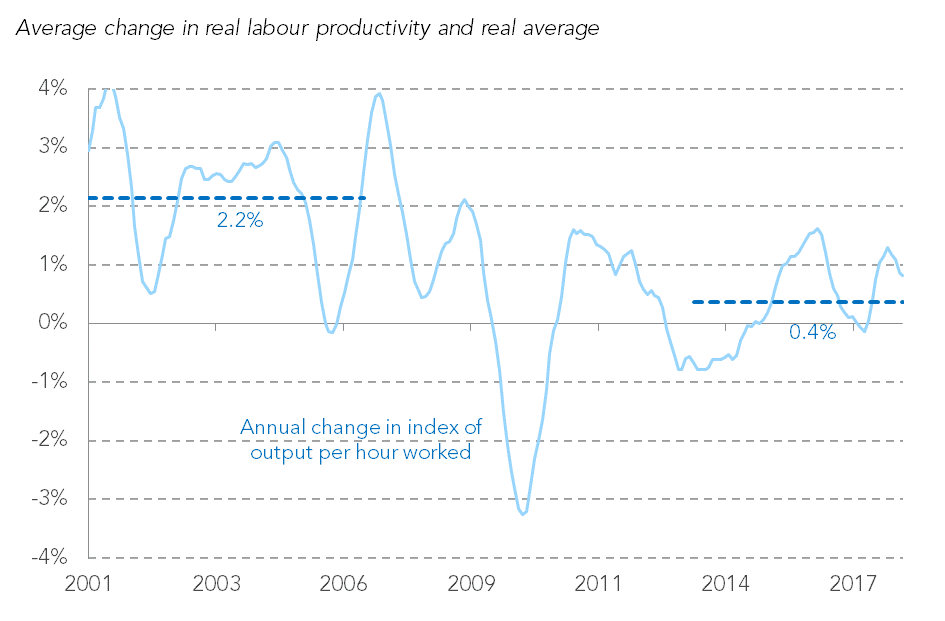 A timeless classic, “Tired of Waiting for You” has been covered nearly thirty times. When it comes to short-term pay trends, we many finally be able to turn the record over. However, unless productivity picks up, it’s a refrain we could still be hearing for many years to come.