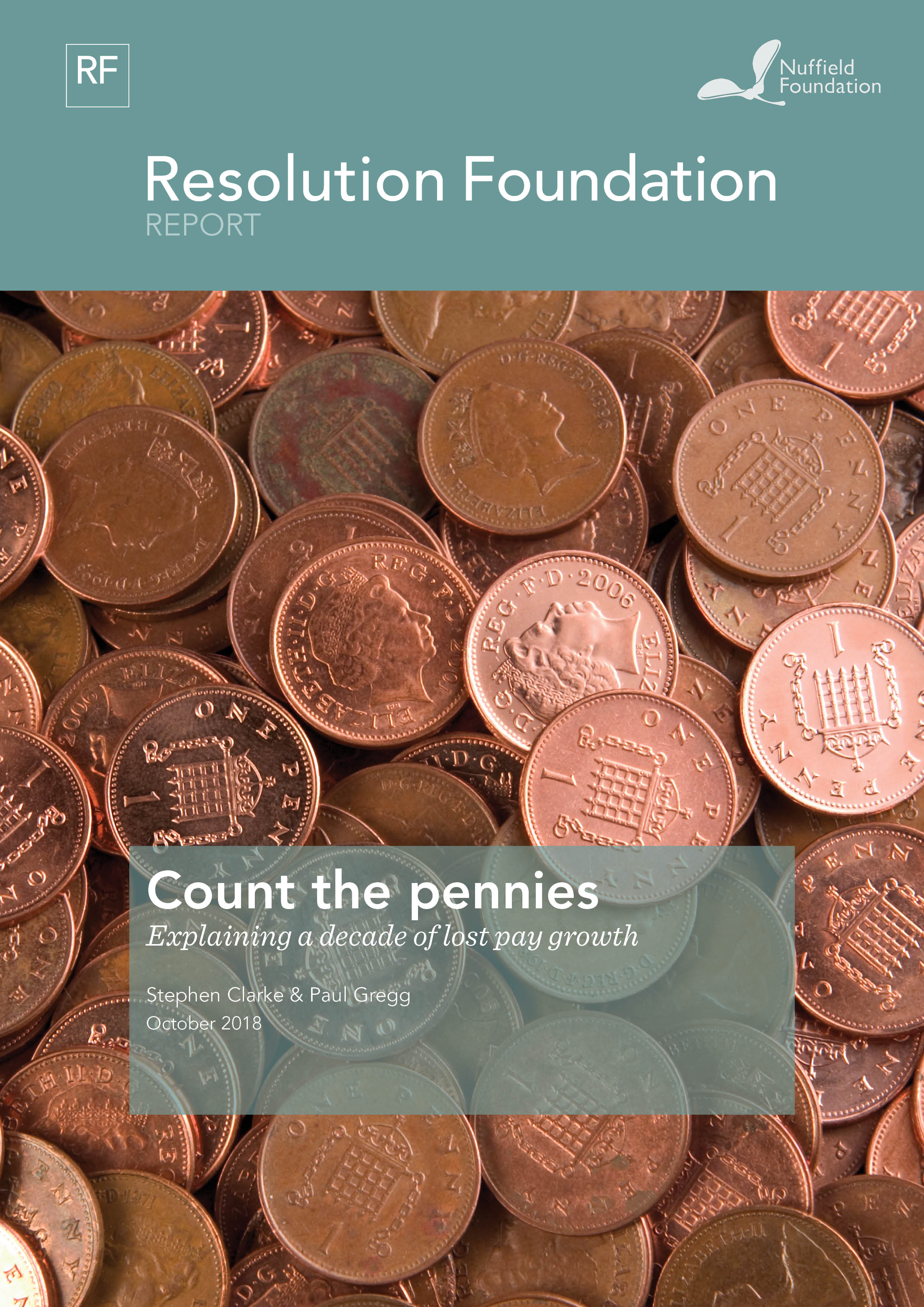 This paper gets to the bottom of why real wages are still 3 per cent below their level before the crisis. It both explains why the wage squeeze was so much worse in the UK compared to other advanced economies and why the recovery since 2014 has been so sluggish.

The UK’s pay squeeze was driven by a large depreciation of sterling (of around 27 per cent). Depreciation fed through into higher domestic prices for imports, with consumer price inflation rising particularly sharply as a result. This meant that employers were able to adjust to lower output by allowing real wages to fall rather than cutting jobs.

The result was that the UK experienced a far more pronounced pay squeeze than other countries but a far smaller rise in unemployment. Our modelling suggests that had inflation not risen as it did during the crisis, unemployment increases would have been more in line with the experience in other European countries and the US.

The slow recovery is primarily the result of three main factors:

The second driver is that – although on the surface the labour market appears tight – heightened slack since the crisis has weighed on pay. Since the crisis people have argued that the underemployed should be included in our conception of labour market slack, we go one further and include the underemployed and those in atypical forms of work who – like the unemployed – are actively searching for work. We find that greater levels of slack between 2014 and 2017 have reduced real wage growth from pre-crisis rates by approximately 20 per cent.

The most important factor, though, is slower productivity growth. We estimate that if productivity had grown at pre-crisis rates between 2014 and 2017, real wage growth would have been 0.6 percentage points higher. Quantified on the same terms as the effects of a lower compositional boost and heightened slack set out above, we find that slower productivity growth explains approximately 40 per cent of the slowdown in real wage growth in the pay recovery period, compared to pre-crisis levels.