With a new year, a new-ish government and the country soon to (officially) exit the European Union, there’s hope that policy makers will renew their focus on domestic concerns. And given the figures published today (Thursday) showing an alarming fall in apprenticeship starts – a greater focus on this issue would be a good place to start.

First, the number of people starting an apprenticeship during the first quarter of this academic year (2019/20) is nearly 24,000 (16 per cent) less than the same period last year. This year-on-year fall is concerning. Many of us thought that the number of apprenticeship starts would stabilise once the recent reforms had bedded in. Instead, they’ve continued to fall. 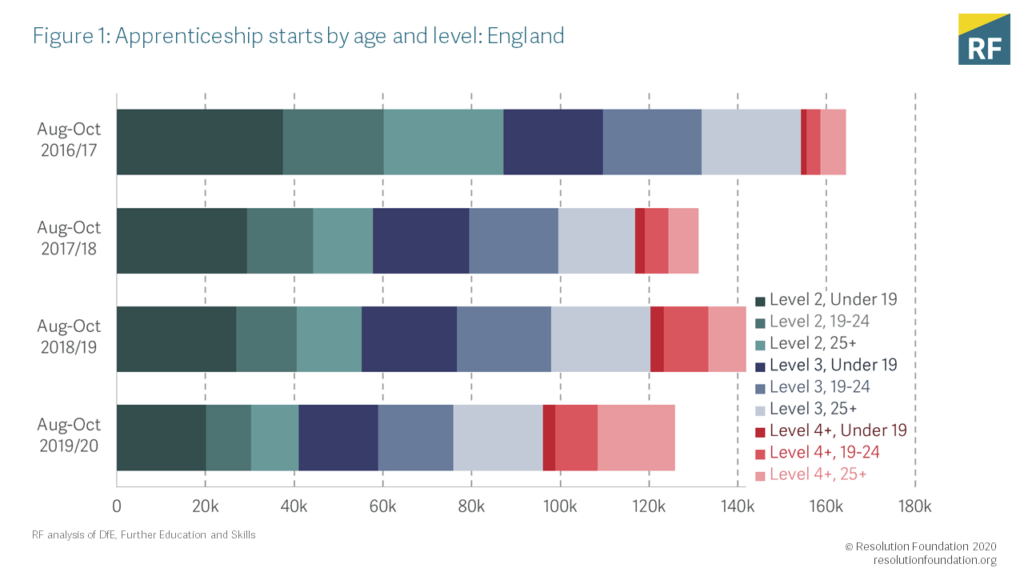 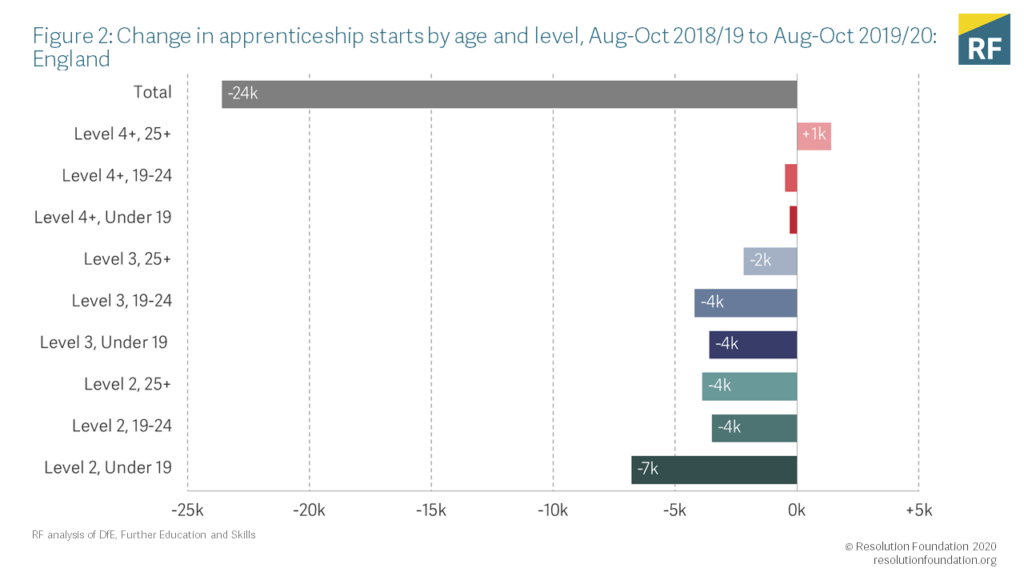 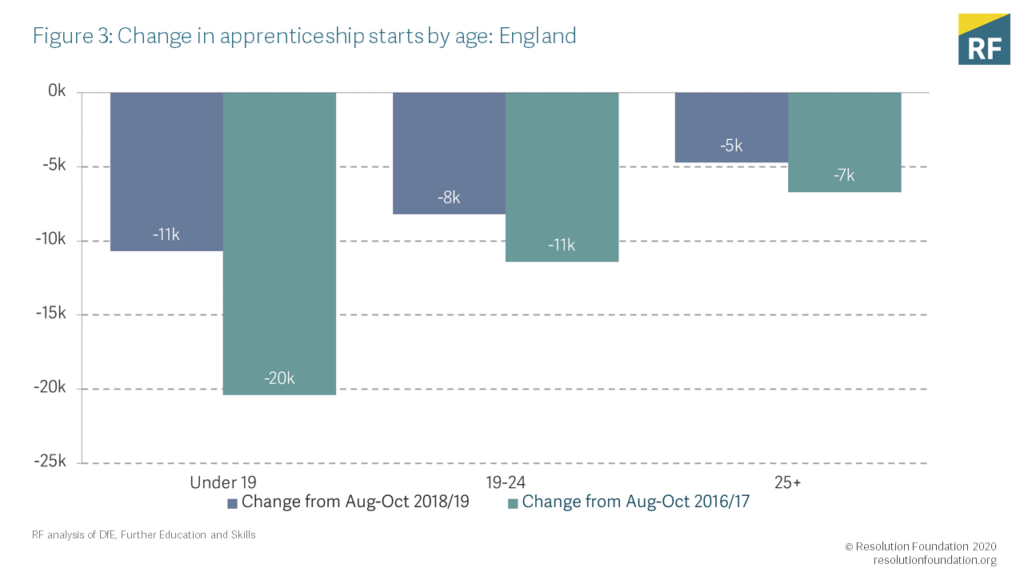 And fourth, a large majority of apprenticeship starts (63 per cent overall) were funded by levy-paying employers including – for the first time – a majority (51 per cent) of starts at Level 2. From a learning and outcomes point of view (i.e. how much apprentices learn and how well can we expect them to do in the labour market after completing their programme), the share of starts funded by the apprenticeship levy tells us very little. 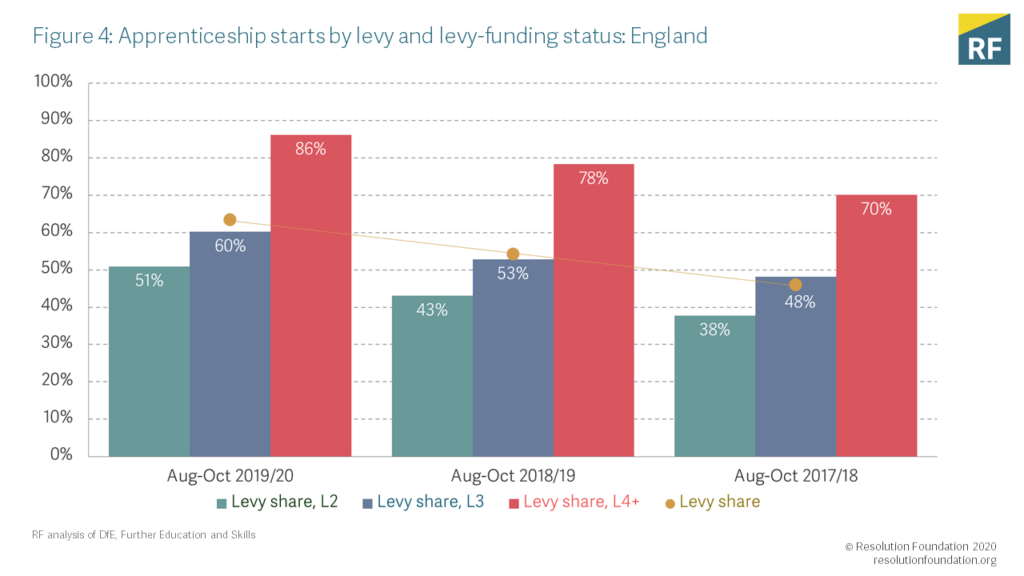 However, if we look at the type of apprenticeship that levy-paying employers invest their funds in (see Figure 5), it becomes clear that they are increasingly fixated on higher-education level programmes, and less so on programmes at Levels 2 and 3. While the proportion of levy-funded starts at these levels has fallen, it has nearly doubled – from 17 to 32 per cent – for level 4 starts. 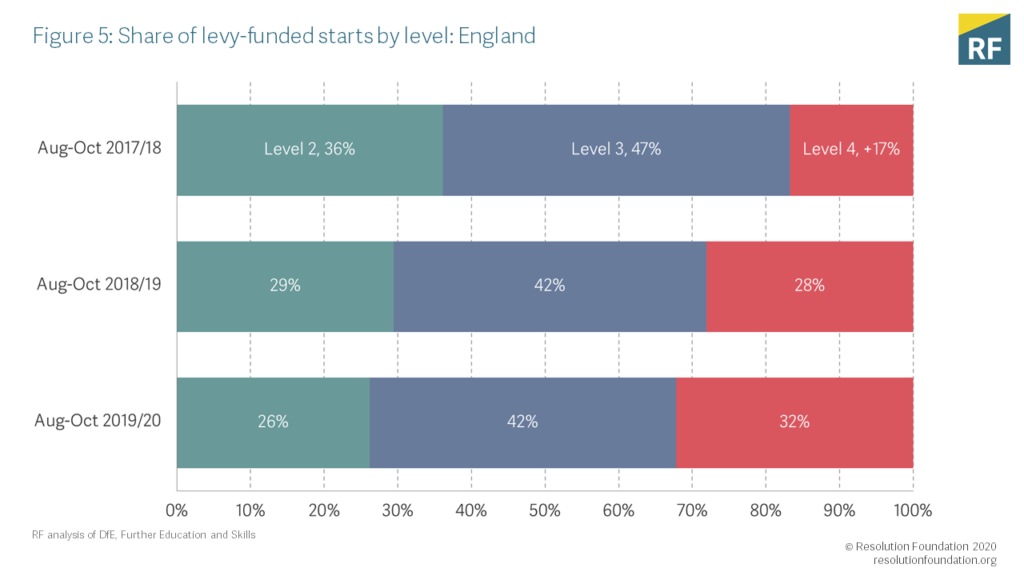 Taking a step back, the picture this morning is of an apprenticeship system that offers fewer opportunities in the round – especially for young people looking to develop the skills required for a good career. Reasonable people can disagree on whether the only area of apprenticeship growth – older apprentices on higher-education programmes – is a good thing: to some, these figures represent adults with lower-level qualifications being offered the chance to progress their education; to others it looks like already highly-qualified professionals taking advantage of a state-subsidised Master’s degree.

Overall, these figures highlight a worrying direction for apprenticeships. So here are four steps the government could take to address this:

It’s not too late to set the system on a better course, but the longer it takes, the greater the number of young people and those in need of a new start, will lose out.

This article first appeared in the TES.com