The past 18 months have been full of surprises, all too often on the downside. But as well as the miracle of vaccines, we should also celebrate the triumph of the coronavirus job retention scheme (JRS), or furlough as we’ve come to know it.

Turn the clock back to early 2020, and who’d have guessed that we’d witness a mid-pandemic government IT project succeed in paying the wages of one-in-three private sector employees within weeks of being announced. It’s the existence of furlough that means we’ve come through the deepest recession in 300 years with the smallest rise in unemployment during a downturn in living memory. This is what a policy success story looks like.

Back in the midst of the emerging pandemic in early-March 2020, as it became increasingly clear that the government’s only route to controlling the virus would be shutting down vast swathes of the economy, we (along with Britain’s trade unions and business leaders) called for a scheme to protect workers from the devastation the shutdown. If we were going to ask people to help us protect lives, we had to protect their livelihoods. 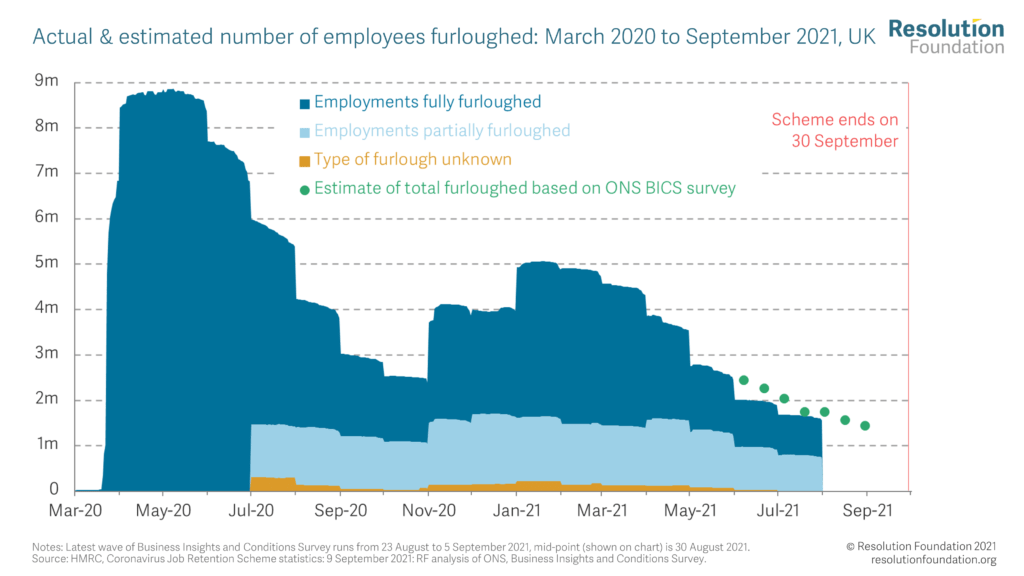 The government made the right call to implement the JRS and — if sometimes later than ideal — to extend the scheme mid-pandemic. This, and only this, is the reason millions of jobs weren’t lost. At one point or another a staggering 11.6 million people have been paid via the furlough scheme, racking up over two billion working days of furlough. The scheme may have cost £70 billion, but that is a price well worth paying.

The JRS has been through many guises over the past year and a half. And there have been some policy hiccups along the way — from the poorly designed and then hastily scrapped job support scheme, to the frankly wasteful job retention bonus. Support for self-employed workers through a sister-scheme of grants was blighted by unnecessary payments going to some unaffected by the crisis, while hundreds of thousands of those hit hard missed out on any support at all. The government wrongly tried to bring furlough to a premature end in the autumn last year.

The realities of the pandemic dictated that the scheme was extended multiple times and has lasted to this point. And thank God it was extended. Now, on the last day of furlough, we estimate that about 1 million people may still be receiving pay via the scheme. At least half of these people are on “flexible furlough”, working some hours for their employer and spending some time on the scheme, while the other half are still furloughed in full. This is where the unemployment and inactivity risks are highest.

Some sectors and places are more at risk than others. Businesses linked with international travel are clearly still struggling, even if the picture is steadily improving. And since domestic tourism returned and we all rushed up to the Lakes, it’s London where furlough rates are highest. 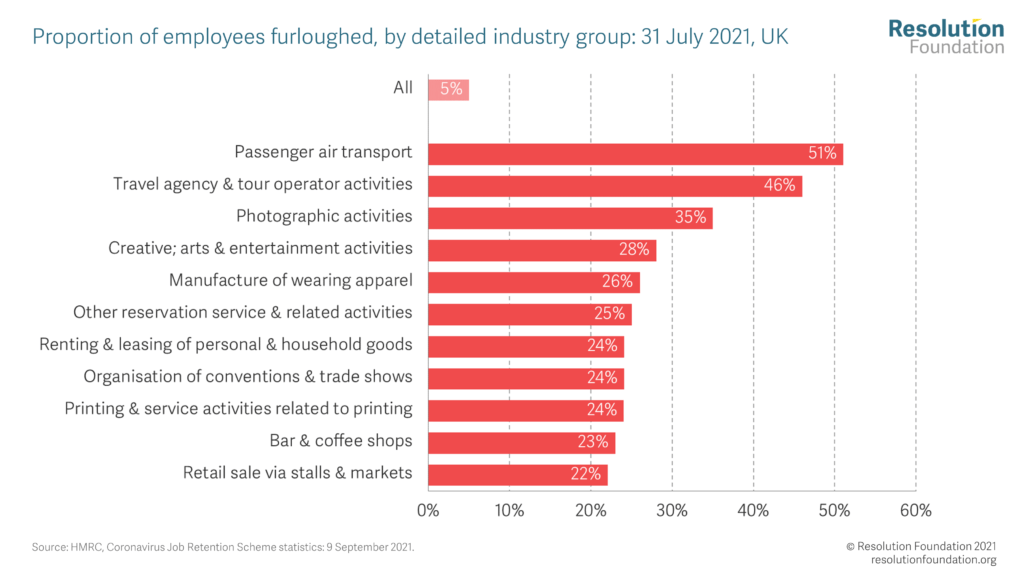 Overall, the economic crisis has disproportionately hit younger workers — particularly when sectors like hospitality were closed during lockdowns. But today it is older workers who are most likely to be furloughed, and to have been furloughed for some time, which brings risks of early retirement.

We should expect a bumpy ride in the labour market now that the furlough scheme has ended. Unemployment is set to rise just as unemployment support is set to be cut by £20 a week — a terrible policy choice, especially with energy bills rising and inflation on course to hit 4 per cent. Record vacancies should make it easier, and quicker, for formerly furloughed workers to find new jobs. But this is a huge labour market challenge that can’t be fixed overnight.

Furlough has been a fantastic crisis policy response — but will it have a legacy beyond the pandemic? It has taught us that strong income protection can be provided when shocks occur. With a tough autumn — and more shocks — upon us, policy needs to step up again.

First published in The Times