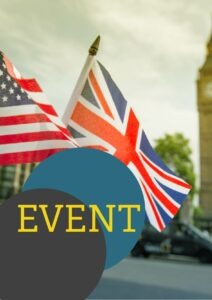 Speech by Jared Bernstein, Member of the Council for Economic Advisors under President Biden, with response by Shadow Chancellor Rachel Reeves

Joe Biden came into office with an ambitious economic plan for building back American prosperity after the pandemic – with policy objectives ranging from the renewal of infrastructure and greater childcare support, to more progressive taxation and stronger labour standards. As America prepares for the mid-term elections, Democrats will be campaigning on the achievements of ‘Bidenomics’, while their Republican opponents will claim that its main impact has been to stoke inflation.

The UK needs to reset its own economic strategy for the 2020s, but what can we learn from the US about the successes and risks of trying to adopt a radical, progressive economic agenda? What are the biggest achievements the President can lay claim to, and does the President’s agenda add up to a significant shift in the American economic model?

To debate and answer these questions, the Resolution Foundation – in collaboration with the London School of Economics – is hosting a transatlantic hybrid event featuring a speech from Washington D.C by Jared Bernstein, a Member of President Biden’s Council for Economic Advisors. He will be joined by Shadow Chancellor Rachel Reeves MP and leading economist John Van Reenen who has worked on both sides of the Atlantic, to discuss what the UK can learn from ‘Bidenomics’.