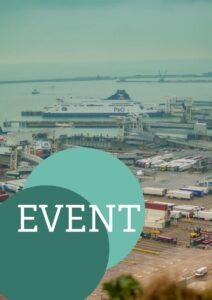 The British economy has altered substantially since the Brexit referendum result, as firms and workers have seen changes to investment and wages respectively. But the longer lasting impacts of Brexit on our economy are ahead, not behind us as our economy goes through the process of adjusting to life outside the single market. Some sectors will shrink, but others will grow. Some places will be affected more than others. So understanding how Brexit is, and will, affect people, places and firms is crucial to the UK navigating the challenges and opportunities of the 2020s.

What were the initial impacts of the Brexit referendum result on the British economy? How has the impact changed since the UK’s Trade and Cooperation Agreement with the EU came into effect? What further shifts can we expect over the coming decade – and up to 2050 – as Brexit continues to alter the economic structure of the UK? And what does this mean for the UK’s aim of becoming a high-growth, high-productivity economy?

The Resolution Foundation is hosting an in-person and interactive webinar – as part of The Economy 2030 Inquiry, funded by the Nuffield Foundation – to debate and answer these questions. Following a presentation of the key highlights from new research on the impact of Brexit on people, places and firms over the coming decade, co-written by the Resolution Foundation and the LSE, we will hear from leading experts on how to manage this change well.