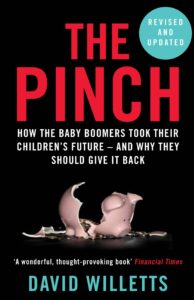 In 2010 David Willetts published The Pinch, the first book to warn that younger generations in Britain were losing out to the baby boomers. Ten years on, Lord Willetts has revised and updated The Pinch, drawing on new evidence from the Resolution Foundation. The evidence is even more overwhelming – and the problem is more acute.

Are the strains of generational equity healing or fracturing further in modern Britain? How are families responding to the tough economic climate facing millennials? And does a political system, dominated by Brexit, in which Labour and the Conservatives appeal to their young and old electoral bases respectively, risk driving up generational divides?

To mark the launch of the second edition of The Pinch, Lord Willetts was joined by the Editor of The Economist Zanny Minton-Beddoes to discuss generational equity in modern Britain. 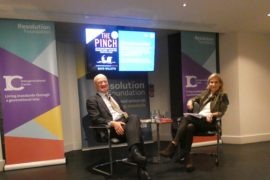