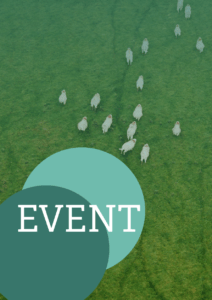 Lower migration was always going to be a consequence of the vote to leave the European Union and Covid-19 has accelerated that change. The short term results include empty petrol stations and supermarkets’ warning of a Turkey-less Christmas. But wages are also rising fast for HGV drivers and the Prime Minister now insists that weaning British business off its addiction to cheap foreign labour is the key to creating a new high-skill, high-productivity, high-pay model for the UK economy.

To what extent will lower migration feed through into higher wages or higher prices? Will productivity rise or output fall? Which people, firms and places will be most affected? How big a role does migration play in shaping the UK’s economic model and will lower migration complement or harm the UK’s wider economy strategy for the 2020s?

The Resolution Foundation is hosting an in-person and interactive webinar – as part of The Economy 2030 Inquiry, funded by the Nuffield Foundation – to debate and answer these questions. We will hear from leading experts on how Britain should approach this shift towards a lower migration labour market, and how it fits in with the wider change to Britain’s economic model. A companion event on the role of post-Brexit trade for the UK economy is being held the following day on Thursday 14th October.