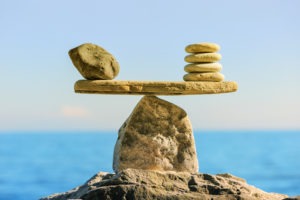 This pandemic has shone a spotlight on the vital work done by Britain’s low-paid workers who, from supermarket staff to care workers, were the most likely to continue working even while the rest of the economy was shut down or working from home. Many people would agree that a higher minimum wage is the least these workers deserve for helping Britain through the crisis. But with the crisis far from over, others warn that too high an increase could threaten jobs at a time when low earners are being worst affected by mounting unemployment.

How much should the National Living Wage rise next year? Is the Government’s ambition to abolish low pay by the end of the parliament more important or less realistic in the wake of the covid crisis? And are there other low pay related issues to look out for during this turbulent period for the labour market?

To mark the launch of its annual report Low Pay Britain 2020, the Resolution Foundation is hosting an interactive webinar to debate and answer these questions. We will hear from the Chair of the Low Pay Commission Bryan Sanderson and leading labour market economist Professor Susan Harkness. Viewers will be able to submit questions to the panel before and during the event.

Right Where You Left Me?
Analysis of the Covid-19 pandemic’s impact on local economies in the UK
11 June 2022
·
Mike Brewer, Jack Leslie, Lalitha Try
Leaving lockdown
Young people’s employment in 2021: improvements and challenges in the second year of the Covid-19 pandemic
31 January 2022
·
Louise Murphy
Social mobility in the time of Covid
Assessing the social mobility implications of Covid-19
26 December 2021
·
Andrew Eyles
Back to top