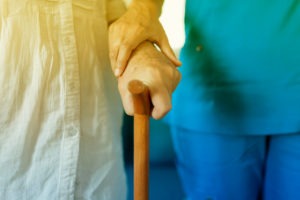 For decades now, successive Governments have promised to reform the UK’s fraying social care system. But reform has not come. Delay and inaction has instead left the system closer to breaking point, and its failures have been devastatingly exposed during a crisis in which tens of thousands of care home residents have lost their lives. The questions of who pays for social care, how much funding is needed, and how it is delivered aren’t easy. But they are urgent.

With the Government announcing in the Queen’s Speech that proposals on social care will be brought forward in the coming parliamentary year, the Resolution Foundation’s Intergenerational Centre is hosting an interactive webinar to discuss the Government’s plans.

We will be joined by two of the UK’s leading social care experts – Sir Andrew Dilnot, Chair of the seminal review into social care funding in 2011, and Anita Charlesworth, Chief Economist of the Health Foundation. Viewers will be able to submit questions to the panel before and during the event.

To govern is to choose
The choices facing the Chancellor this autumn
6 September 2021
·
Torsten Bell, Adam Corlett, Daniel Tomlinson
A caring tax rise?
The impacts of a potential increase in National Insurance
21 July 2021
·
Torsten Bell, Adam Corlett
The shifting shape of social security
Charting the changing size and shape of the British welfare system
26 November 2019
·
Laura Gardiner
Back to top