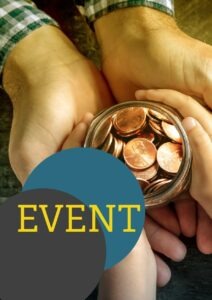 The financial crisis is largely considered to have increased inequalities between generations, with rising public debt leading to higher taxes for future generations, while the gains from rising asset prices have been accrued by older generations. Private intergenerational wealth transfers have grown – notably through the ‘Bank of Mum and Dad’ – but the scale and direction of public sector transfers are less clear cut. How policymakers confront the UK’s economic challenges – from tax rises and spending cuts, to priorities for public services and a new strategy for growth – will have varying implications for different generations.

How has the fallout from the financial crisis affected the financial resilience of different generations in the UK? To what extent are younger generations today worse off than previous generations were at the same age, and how might this change in coming decades? And what can policymakers do to minimise the gaps both between and within generations which have already arisen, and ensure that future policies share the financial burden fairly?

As part of the Connecting Generations series of Thought Leader Talks, the Resolution Foundation is hosting an event with Professor James Sefton to discuss new research on private and public intergenerational transfers since the financial crisis. He will be joined by Professor Jane Falkingham (ESRC Connecting Generations, University of Southampton) and the session will be chaired by the Rt. Hon. Lord David Willetts (President of the Resolution Foundation).

The event will be open for people to attend physically, alongside being broadcast via YouTube and the Resolution Foundation website. Viewers will be able to submit questions to the panel before and during the event via Slido.

Connecting Generations is a partnership between ESRC Centre for Population Change, Leverhulme Centre for Demographic Science and the Resolution Foundation. It aims to understand intergenerational connectivity, producing novel science that informs policy debate.