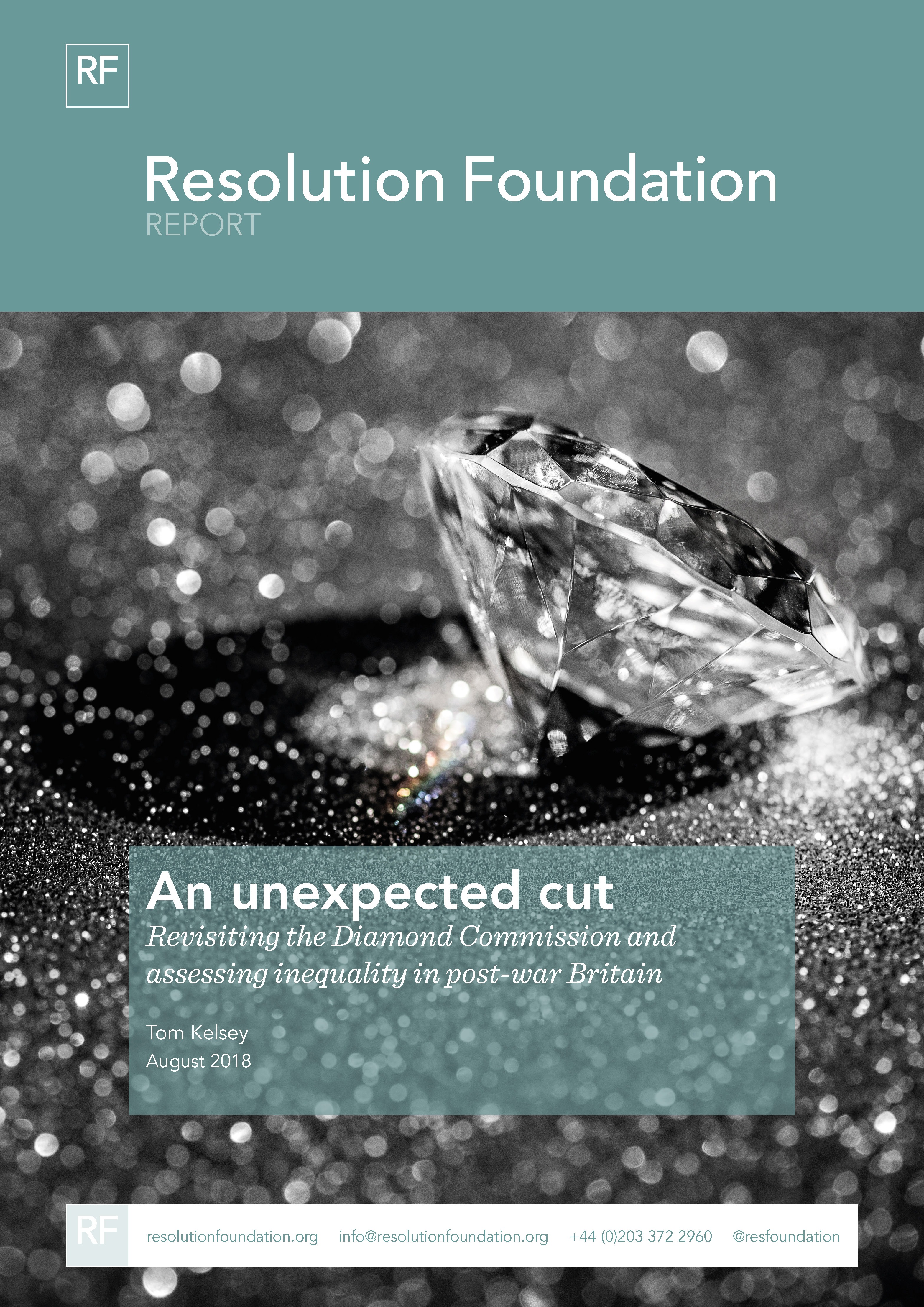 This project was undertaken as part of the Historians in Residence programme, which is based at King’s College, London. The views and opinions expressed in this report are those of the author and do not necessarily reflect those of the Resolution Foundation.

In 1974, the Labour government established a Royal Commission on the Distribution of Income and Wealth, which was known as the Diamond Commission. This paper, firstly, looks at what this Commission found and compares that to the shape of inequality in Britain today; secondly, examines the impact of the Commission’s findings on policy and the public debate and, finally, uses the story of the Diamond Commission to reflect on what can be learnt by those trying to secure a more equal Britain today.

The Diamond Commission highlights how we must not think of the politics of equality as solely about taxation and the welfare state. The spread of pensions and broadening of home ownership were crucial to a more equal distribution of wealth in the post-war period. On the income side the power and influence of trade unions kept income inequality down.

Much has changed in the make-up of income and wealth inequality since the mid-1970s. We are a much less equal society when it comes to incomes. But more positively pensioners are now far less likely to be poor. The place of self-employed in our economy has shifted with those involved, on average, no longer better off than employees. Inheritance is also becoming a much bigger feature of the country than it was forty years ago, with implications for growing wealth gaps.

In terms of the public debate, the Diamond Commission had a rather unexpected impact, especially given that it was established by a Labour government. For many, the findings of the Commission were used to argue that Britain was too equal. Moreover, the Commission’s work had little impact on specific policy matters. Given the high political sensitivity of matters revolving around the distribution of income and wealth, the hope that bringing to bear a concerted body of expertise would cut through political differences proved to be unfounded.

Telling the story of the Diamond Commission brings into sharp relief how those working for greater equality must have good policy solutions, but also strong brokers. Indeed, we need to think through where the pressure for reform on the distribution of income and wealth is going to come from in today’s more unequal Britain.