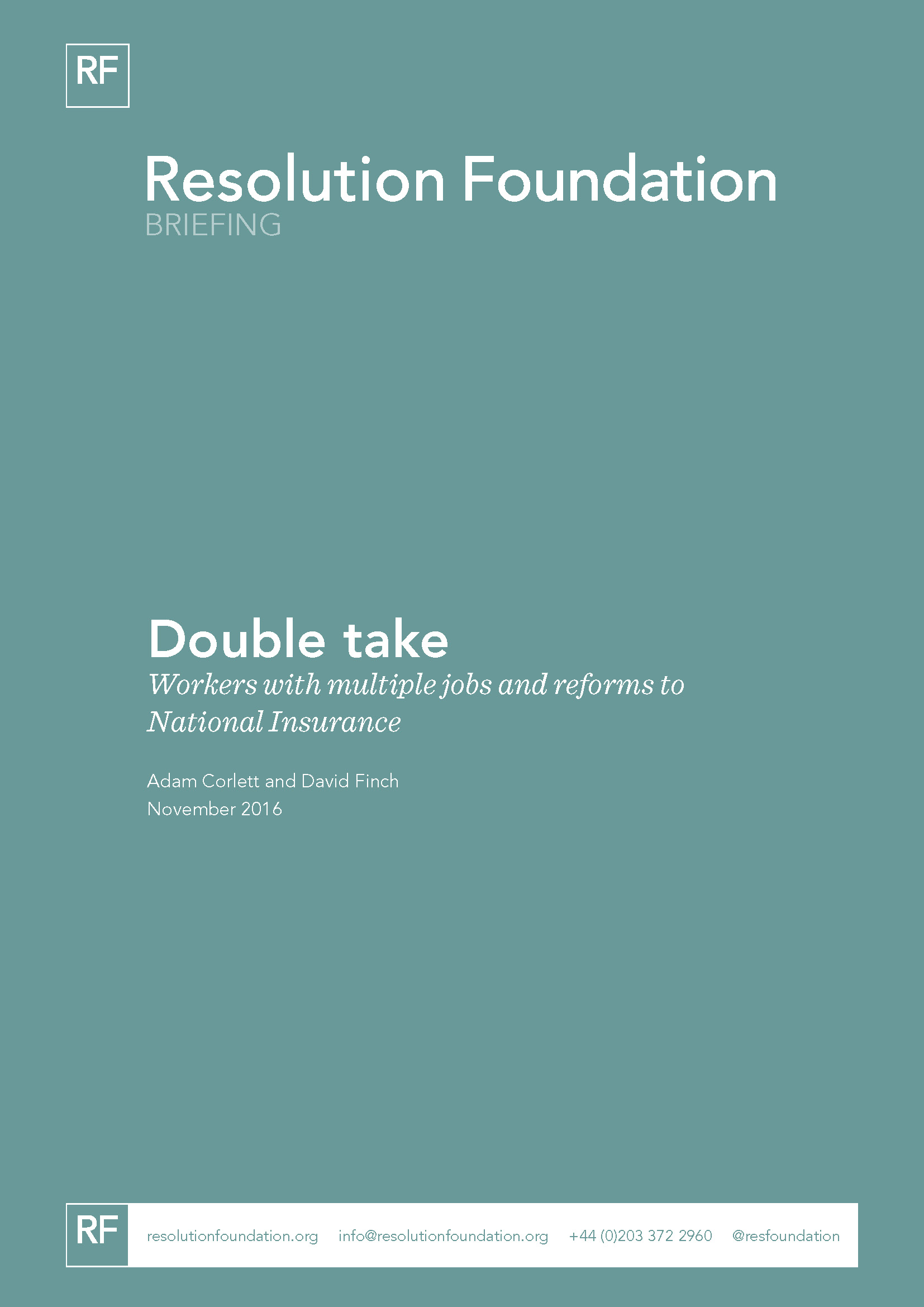 The tax treatment of workers with multiple jobs may be reformed as part of proposals by the Office of Tax Simplification (OTS) to more closely align National Insurance (NI) and income tax. The current system of NI largely operates on a per job – rather than per person – basis, allowing a worker with two jobs to potentially earn twice as much as a person with one job before paying any NI. Proposed simplifications might address this yet would, when considered in isolation, inevitably raise the taxes of workers with multiple jobs.

In light of these possible changes, as well as interest in whether the nature of work is shifting towards one of multiple ‘gigs’, we present in this briefing note a wide range of findings about the number and characteristics of workers with multiple jobs.

As part of a broader set of preliminary proposals, the OTS has suggested aggregating NI across each individual’s employments and self-employments with a single per-person allowance. Looking at this proposal in isolation, we find that: