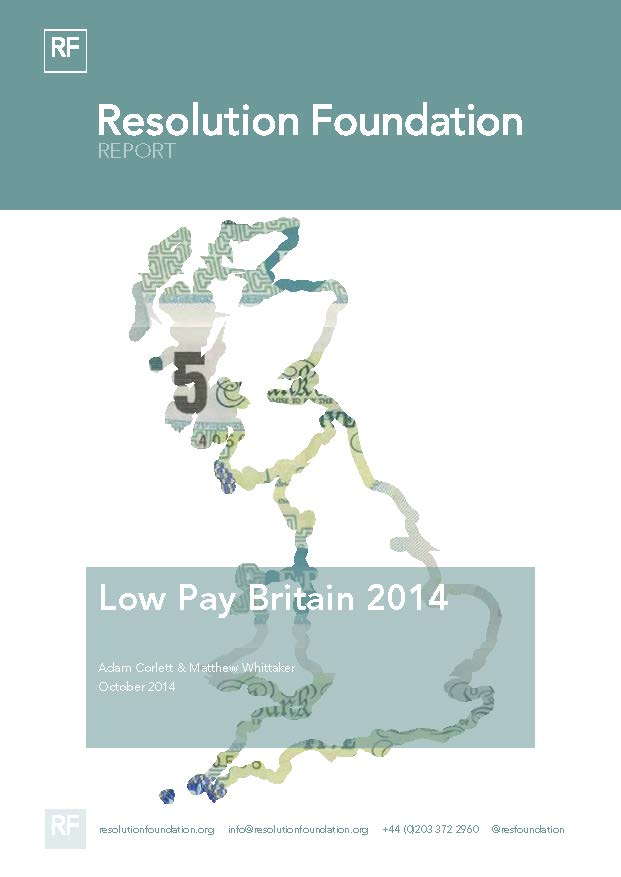 This report is our fourth annual audit of low pay in Britain. It describes in detail the scale of the problem in the latest year for which data is available (2013) and the people it affects. As with many advanced economies, the British labour market has been characterised in recent decades by a growing polarisation. Employment growth has been strongest at the top (high-skill, high-paying jobs) and the bottom (lower-skill, lower-paying jobs) with a decline in employment rates in the middle. It has therefore become consistent for economies to develop high-skill sectors and achieve strong economic growth, while at the same time maintaining sizeable rumps of low paid work.

Since the first Low Pay Britain publication in 2011, the debate about pay has changed quickly and we can consider three distinct phases. First, in the five years or so before the financial crisis, workers across much of the earnings distribution found that real wages stagnated even as the economy continued to grow. Secondly, in the immediate post-crisis period, real wages fell, as nominal pay growth slowed and inflation rose above target. More recently, we appear to have entered a new phase in which nominal pay growth has slowed still further, meaning that real pay continues to fall even as inflation has dropped well below target.

As economic recovery builds, the key question for the coming years is whether or not renewed jobs growth will feed through into pay growth that is shared across all workers.

A full breakdown of low pay characteristics is provided in Section III. In summary:

As noted, the proportion of low paid employees has been quite stable since the mid-1990s. But beneath the headline, low pay trends have varied across different employee and job characteristic groups. In summary: