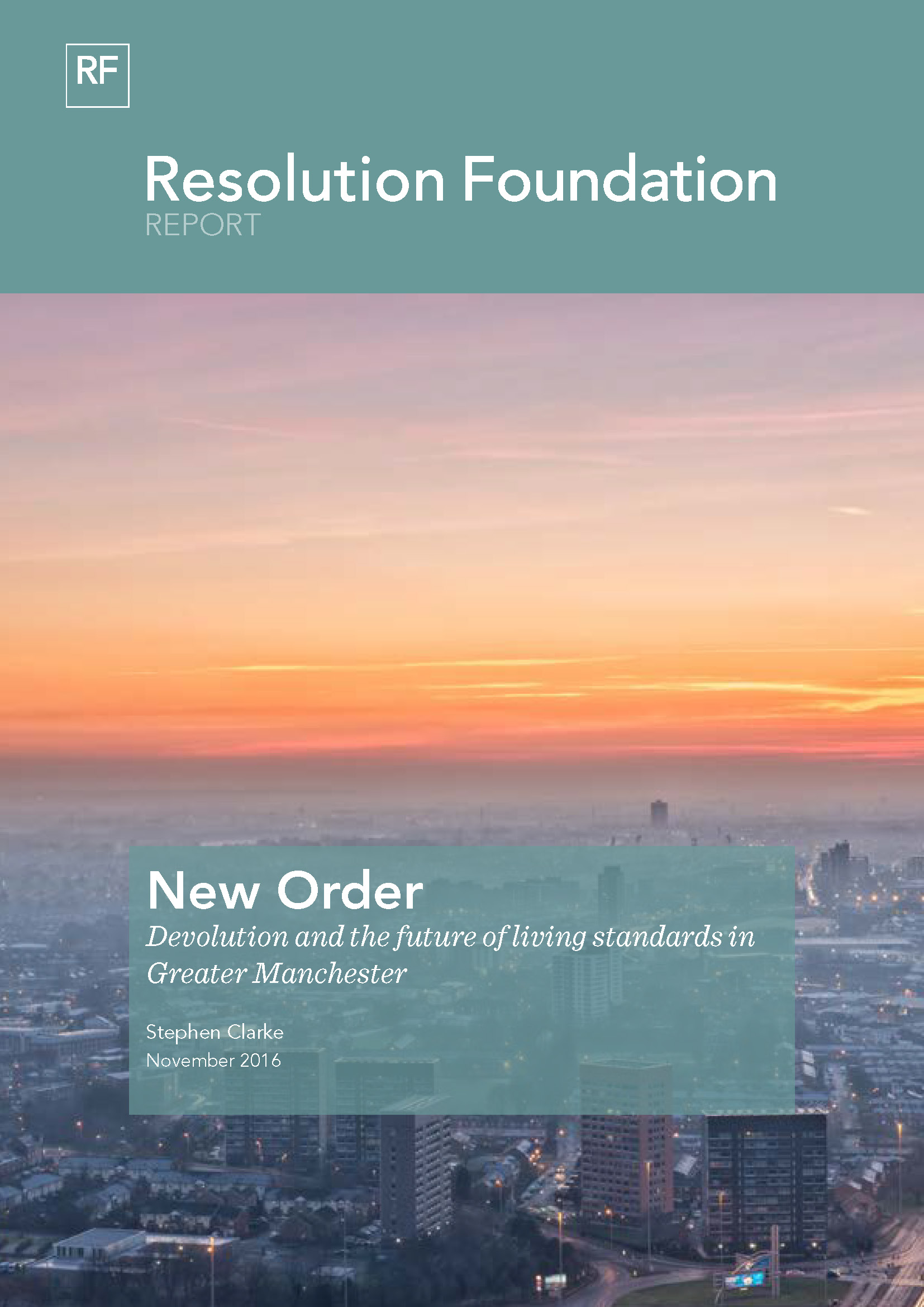 In May 2017 Greater Manchester will go to the polls to elect the region’s first ‘Metro Mayor’. Greater Manchester has been at the forefront of the current programme of devolution and the new mayor will wield more power than any other city leader. However, it will be on the results of how this power is used, rather than its existence, that success will be measured.

Given the region’s recent economic performance Greater Manchester’s new mayor will have a full in-tray. The region’s economy performed strongly before the financial crisis. Growth was faster than in the rest of the country; real wages rose by 15 per cent and employment rose by 4 percentage points in the decade to 2007. Since then though growth has disappointed; wages are still significantly below their pre-crisis peak and Greater Manchester did not see an employment boom to the same extent as the rest of the country. Furthermore new geographic inequalities have emerged, incomes in the richest neighbourhoods in the region are 1.8 times those in the poorest (up from 1.6 times in 2007) and since the crisis nearly all employment growth has occurred in the south of the conurbation. The new mayor will need to be a leader for the whole region.