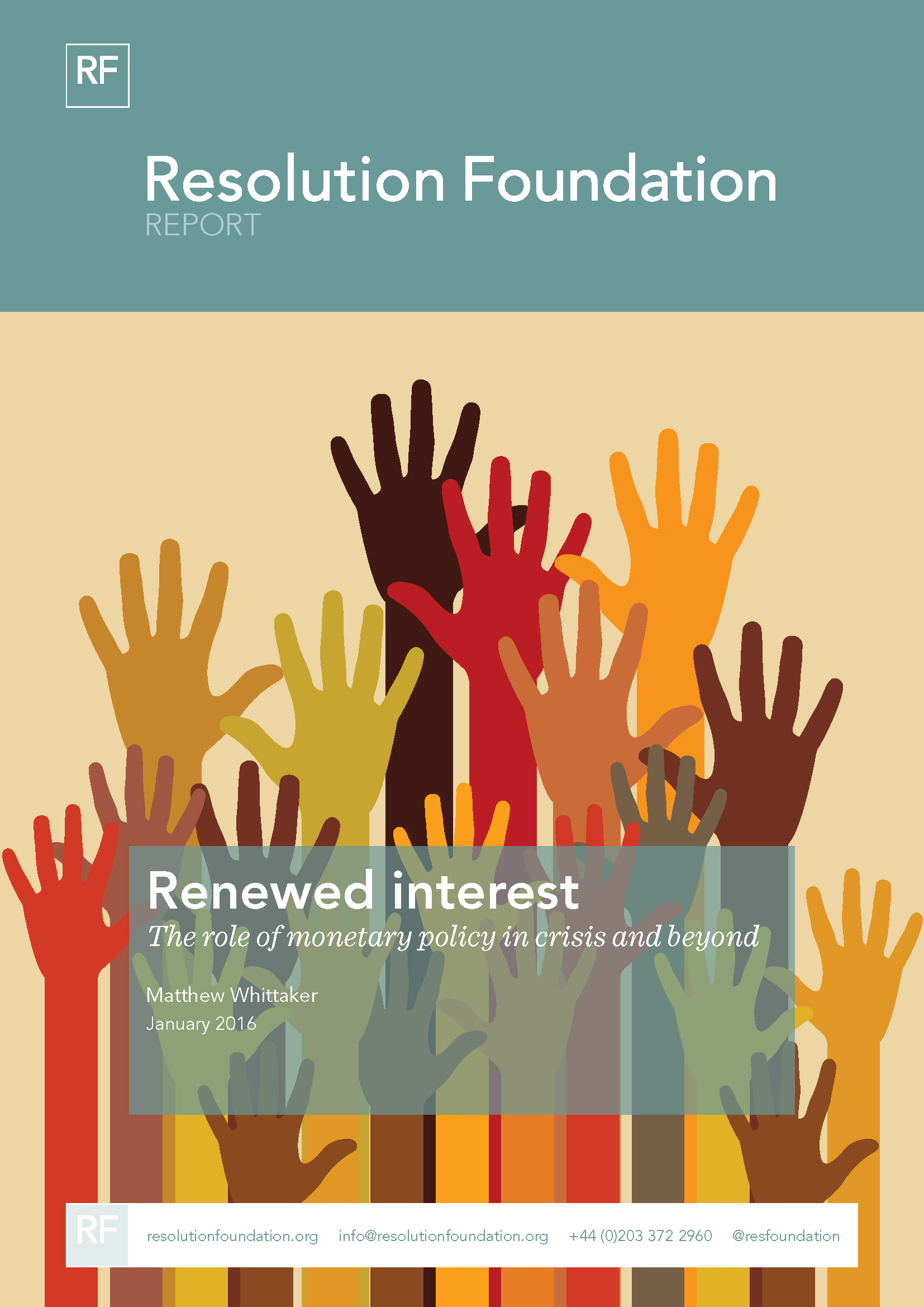 Interest rates are at an all-time low. The Bank of England’s base rate is about to enter its eighth year at 0.5 per cent – the lowest level in its history and its longest period of non-movement since the Second World War. Yet still UK inflation remains well below its 2 per cent target, bumping along around zero for much of 2015.

This report considers the potential scale of lost headroom facing the Bank of England and some of the prospects for dealing with a new lower rate environment. We set out a number of illustrative examples which highlight the importance of conventional monetary policy after 2008, the extent to which it looks to have been blunted and the probability that policymakers will run out of road over the next decade.

Adopt, adapt and improve
A brief look at the interplay between labour markets and technological change in the UK
10 November 2022
·
Rui Costa, Yuanhang Yu
The art of expectations management
A bleak outlook from the Bank of England as it scales back rate hike expectations
3 November 2022
·
James Smith
Macroeconomic Policy Outlook: Q3 2022
10 October 2022
·
Jack Leslie, Krishan Shah, James Smith
Back to top