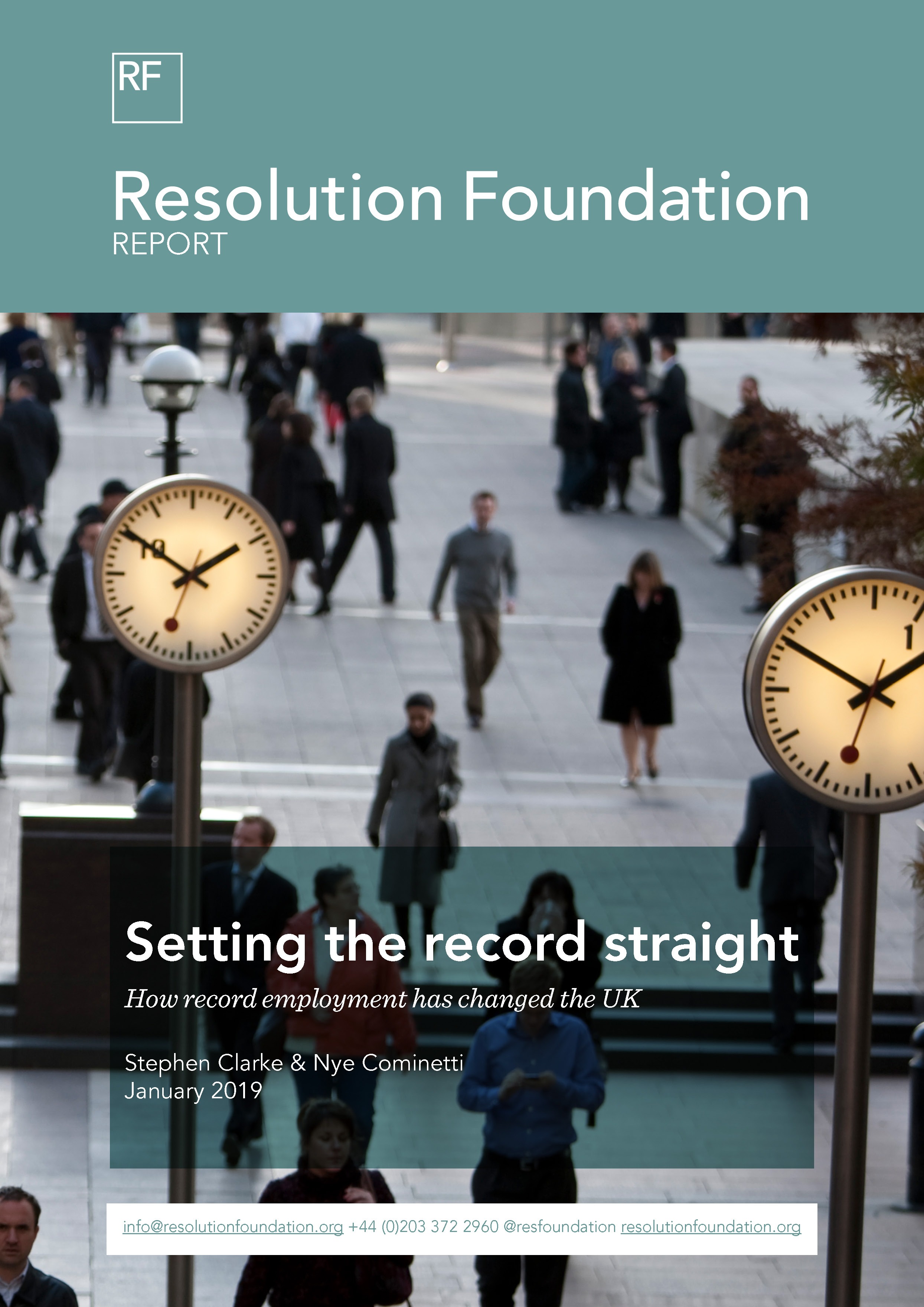 On the eve of the global financial crisis, the UK’s employment rate was 73.0 per cent. A decade on and the employment rate is 75.7 per cent, by a distance the highest since comparable records began in 1971. This report looks back at a decade of unprecedented growth in employment, and at the effect this has had on the UK labour market. We ask – who are the people, what are the places, and what are the types of jobs that account for this increase?  In doing so we scrutinise some of the criticisms of the UK’s recent employment ‘boom’ – that all new jobs have gone to migrants; that all new jobs are in London; and that all the new jobs are low paying and insecure. We offer some positive findings. Employment growth has benefited natives as well as migrants, London’s outsize contribution is down to population growth, there has been employment rate catch up in urban areas across the country, and the last decade has been one of occupational upgrading.

However, these markers of success must not lead to complacency. There are black spots on this record, including the performance of younger workers, the relatively poor performance of rural areas and smaller urban areas, and the endurance of atypical work. With a tight labour market now is the time to address these areas of concern. And of course, the employment boom has occurred alongside (indeed, likely partly in response to) the extremely poor performance of pay and productivity in recent years. These issues both explain why the UK’s jobs boom does not receive the universal welcome we might expect, and represent the key challenges to ensure that the labour market continues to contribute to rising living standards in the years ahead.

After shocks
Financial resilience before and during the Covid-19 crisis
·
Maja Gustafsson, Kathleen Henehan, Fahmida Rahman, Daniel Tomlinson
Uneven steps
Changes in youth unemployment and study since the onset of Covid-19
·
Kathleen Henehan
Migration during the pandemic
Have 1.3 million migrants really left the country?
·
Greg Thwaites
Back to top